When Advertisers Go Rogue: How Can the Industry Combat Unfair Advertiser Activity?

Kateryna Khalus delves into how the industry can combat unfair advertiser activity, what you can look out for and how the problems start. 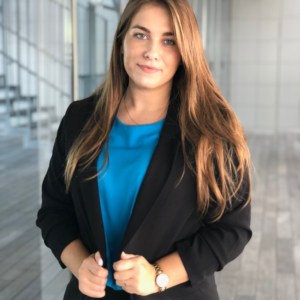 Publishers’ life is not easy. Sometimes hard-gained profit is taken from them on a whim of the affiliate network – because of the rules violation – or by the advertiser – because, why, exactly? Let’s take a look.

The problems start at the very beginning: the terms of the affiliate program.

“I only want wholesalers,” your advertiser says. If you agree to this, they will be able to decline target actions on their own accord, since a clear countable threshold has not been set.

To avoid any arbitrariness, the affiliate network should work out a definition that would guarantee safe working conditions for all partners. How big should a ‘wholesale’ order be – at least ten units of the same ware? Are there exceptions for specific publishers or customers? All of this has to be formalised.

Not all advertisers are malevolent, very few of them actually intend to rob publishers of their honest earnings. However, there is a handful of cases when they simply fail to understand what they agree to pay for. Do they regard SEO as a ‘paid traffic source’? Some of them might. Are they fully aware of what brand-bidding is? They might not be.

So, it becomes one of the affiliate network’s responsibilities to explain the differences and to educate their clients. That’s where the affiliate managers come in to make things clear.

CPA-channel may seem unpredictable to those who are trying it for the first time and it is understandable that an advertiser can receive a bigger amount of sales than they expected. Suddenly a thought occurs to them: “What if I decline all the target actions that exceed the limit?”. This is the worst of shaving – making intentional commission declines. Call centres can also shave even if the advertiser is not aware of it. Using any excuse to change the number of order and decline the original one is sure to affect the eventual approval rate.

What to look for

Detecting shavers is never easy, but paying attention to low approval rates along with multiple complaints from publishers tend to do the trick.

At some ad spaces, such as cashback services, shaving is impossible to cover up. If the publisher does not earn anything, it cannot pay the customers their due, which is followed by public outrage. Other types of platforms are not so easy to check on but decreasing approval rate remains the key indicator.

As the publishers blow the whistle, the affiliate network has to investigate. Acting as a partner, you can deliver target actions to the affiliate program, wait for them to be approved or declined, and then reach the advertiser for comment. This is step one – warning.

What comes next depends solely on the conditions of your agreement. We strongly recommend that it includes a forfeit penalty for shaving. This way, the affiliate network will be able to compensate losses inflicted by any perpetrator.

If all else fails, shutting down the program may follow. However, ‘capital punishment’ is rarely used in the affiliate industry since it means losses for all sides. This is why negotiations are much more preferable. At this point, fixing the relationship is still possible and becomes a matter of personal communication.

As a brand launches an affiliate program, it starts building up a reputation on a platform. Underpaying publishers is nowhere near the best way to become the most appealing affiliate advertiser. In the long run, honesty and transparency will get you more profit than the spoiled statistics.

The digital advertising industry is still young, which creates countless opportunities for abuse: flawed integration, meddling with sources, you name it. The online ethics of the issue is still somewhat obscure, but in the end, the affiliate network has to keep both advertisers and publishers away from fraudulent activities and mitigate the effects for anyone involved if such need arises, making it a win-win collaboration.

Is there a way to create a safe environment for everyone? There might not be, but we are surely making an effort to create one.

Katerina Khalus is the team lead in publishers’ department at Admitad – a global network of cost-per-Action affiliate programs. Kateryna is responsible for coordinating multiple affiliates and advertisers, making sure that every publisher finds a perfect CPA offer to profit from. Her professional interests include digital marketing and online projects, monetisation in social networks, and intercultural business communication.