This is How We Can Win the War on Ad Fraud

To avoid ad fraud, we need to invest the resources and time into learning how to segment real and fake traffic, which will demand newfound cooperation between advertisers and their network providers. 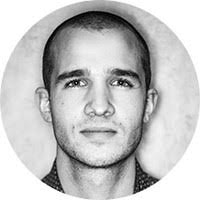 The war on fraud across today’s heavily automated digital advertising market remains rife. Advertisers are faced with an ever-increasing number of vendors and intermediaries throughout the media buying and ad campaign process, making the chance of full transparency and visibility over exactly where budget is being spent and ads are placed almost impossible. This has clearly taken its toll on the industry as a whole, both ethically and financially, with fraudulent activity costing advertisers $19 billion last year alone.

One the biggest drivers of the surge in industry malpractice is the growing number of networks and channels entering the programmatic ecosystem. Fundamentally, fraudsters are just as agile and intelligent as the industry itself and are able to flex their approach in order to capitalise on areas seeing the most investment from advertisers.

With fraudsters essentially following the money as its moves from platform to platform, it comes as no surprise that the rise of ads across the programmatic space, aided by the rise of mobile of late, has caused a huge shift in advertising spend. So much so that today’s research suggests that the mobile advertising market alone will exceed $200 billion in 2019.

This increased spend only attracts more fraudsters looking to cash in on the riches of digital ads – a growing problem that needs addressing. Digital ad formats like these can be well targeted, however supplying them to fake traffic means that advertisers could potentially waste huge amounts of money and resource on ads which are not meeting the right audience. This issue knows no boundaries within the programmatic space. In fact, between 2016 and 2018, the advertising industry lost an incredible $7.2 billion to click fraud. Due to the range of digital ad channels now provided by modern publishers, generating fake traffic for advertisers to invest in is becoming a haven for fraudsters and making it difficult for providers to install transparency within their network.

For advertisers and publishers alike, this murky ecosystem has become part and parcel of their daily operations. Yet, while they continue to suffer at the hands of these inherent ad fraud issues, many have already resigned themselves to the assumption that nothing can be done to eliminate them from the modern marketplace. In reality, the industry is simply just not doing enough to actively combat those threatening the industry’s integrity and ultimately, take back control over digital ad processes once and for all.

As modern, competitive advertisers, we should be trying to grow and adapt just like the fraudsters to make sure traffic is as clean as possible for both buyers and sellers, and ensure they are getting only the best quality in performance. In the era of bots and click fraud, technology partners, brands and publishers must work together to introduce safeguards both at the root of the cause and at every later stage of the media trading process if they are to overcome ad fraud’s stronghold.

In order to eliminate fraud from the advertising industry,  we need to do the best we can to limit the ratio of true and fake traffic. The bigger the ratio between fraudulent activity and genuine impressions – real clicks and conversions – the more you impact ad investment.

This is where data becomes crucial to these efforts. It’s important to get advertisers to share as much data as they can in order to create more transparency, and to segment the good and bad. Cooperate with advertisers to help them understand that many programmatic providers don’t sell fake traffic on purpose. The more they can help – by providing sufficient data and accounts of issues they experience – the better they can contribute to profit and increased security on both sides.

To avoid ad fraud, we need to invest the resources and time into learning how to segment real and fake traffic – it’s not a simple fix, but with the right technology and team in place, it can be achieved. However, it will demand newfound cooperation between advertisers and their network providers.

This responsibility doesn’t just fall on the shoulders of programmatic network providers. The advertiser must also be more demanding from providers, through filters, more pressure on fraudulent publishers – and blocking them. Not only does the advertiser need to work well with networks and partners, but they need to be strict as well.

Digital advertising is particularly difficult to police, given the vast number of players operating across a host of networks, borders and platforms.

These factors make blanket industry regulations against fraud a distant possibility which will require huge investment amongst governments around the world. Introducing these would ultimately take a large number of high profile cases – and money lost – to warrant the necessary attention from officials.

However, this doesn’t mean to say that the industry cannot take the first steps towards achieving a new level of control over the activity taking place across the marketplace. In order to do so, self-regulation will have to become a high priority. Particularly for providers, who do not have anyone to report bad actors.  They can only make adjustments in their own networks, and use this as a basis of safeguarding themselves.

This could be achieved by introducing sophisticated fraud filters, self-regulation, using new technologies or employing a diligent team of in-house experts. Providers can build anti-fraud protections, and invest in their own team rather than in a third-party. In doing this, they can identify and understand the impact on profits and customers, and build the team around the problem – efficiently ousting it as a result.

While the ongoing proliferation of ad fraud across the growing market is posing a clear threat to the integrity of the entire industry, the efforts that big players must make to combat it and increase transparency for everyone involved are clear to see.

The next phase of programmatic’s evolution looks set to bring a host of new channels, ad formats and a greater demand for visibility for all parties across the media buying network – and current efforts will not suffice. Bolstering their in-house knowledge of ad fraud by working closely with advertisers and publishers will aid network providers in their quest for clean traffic and enable them to deliver a seamless journey from initial ad spend to the return on well-placed ads in the digital age.

With this and the latest developments in technology in mind, the future looks bright for the digital advertising marketplace and actively embodying these changes to infrastructure today will help to protect advertisers from fraudulent activity both now and in the future.

As chief operating officer at Adcash, Maxime brings with him over ten years experience in AdTech, management and leadership roles at the company, developing not only a deeply ingrained knowledge of the advertising industry but of Adcash itself. In his current role, Maxime oversees the day to day operations of Adcash, using his experience to develop strategies which ensure Adcash has the controls, systems and people in place to continue strengthening the company’s position within the market.