Is It Time to Move On? The Future of Viewability as We Know It

Following Keith Weed's declaration that digital advertising should be entirely viewable, Nick Morley, MD of EMEA at Integral Ad Science states that the time has come for viewability to take its next steps and include more performance-based metrics to measure ad success. 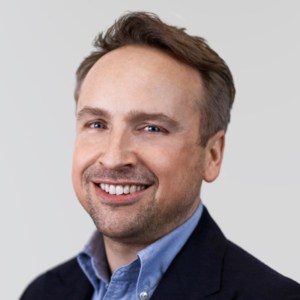 As Unilever’s Keith Weed prepares to retire this year, is it time for wider industry evolution?

Since declaring digital advertising should be entirely viewable back in 2015, the CMO has campaigned for more awareness of the need to assess viewability, and achieve better rates — with considerable success. While his 100% target hasn’t been adopted as the industry norm, the IAS Media Quality Report shows that two-thirds of UK ads meet the IAB standards and viewability is now considered table stakes.

With the industry committed to ensuring brands aren’t paying for ads that never have the opportunity to be seen, the time has come for another evolution: to reach beyond baseline viewability and include more performance-based metrics to measure success.

The viewable journey to date

Still a headline industry topic, viewability continues to divide opinion. Some are highlighting advances in the improvement of verification accuracy and others are pushing for further development, such as reporting driven by machine learning. But it is almost universally agreed that viewability is essential. As Weed observed; brands don’t want to spend budgets on ads with low viewability any more than consumers would be willing to accept 45 teabags when they’ve paid for 50. Ads must have the potential to be seen if they are to make an impact, which makes maximising viewability crucial for brands focused on optimising returns.

As a result of increased awareness, viewability levels have improved significantly. According to our latest research, UK rates for desktop alone are up 19%, rising to 63.4% in H1 2018. Additionally, the adoption of tools designed to enhance and streamline viewability reporting has grown. For example; the IAB Tech Lab recently revealed its in-app open measurement software development kit (SDK), which is now used by 17 companies covering the U.S., Europe, and Asia, and enabled across two billion devices.

Progress so far, however, has only focused on the surface of viewability; whether or not ads meet industry standards (such as 50% of pixels in view for a minimum of one second). To deliver more granular performance data for buyers and sellers, an expansion of viewability is required. Specifically, the measurement should include an indication of engagement, such as time.

Tracking the staying power of advertising

There are two reasons why time-based measurement is an essential element missing from current viewability evaluation. To start, the longer an ad is in front of a consumer, the greater the likelihood it will influence them and lead to action, be that clicking through to a product landing page or making a purchase. Measuring the time an ad is in-view therefore gives brands more than a binary view of ad visibility; it offers insight into the power of specific ads to hold individual interest and inspire desired outcomes. Secondly, this metric can help identify the tipping point in ad viewing, when attention either translates to interaction or drops off — and consequently, how long brands have to make a connection.

To illustrate this, let’s explore some key findings from the latest Media Quality Report, the first to feature time-in-view benchmarks. After measuring all UK viewable impressions in H1 2018, analysis uncovered standard exposure of a campaign lasted between 8.5 to 15.9 seconds across desktop display and video, as well as mobile web and video. Though duration did vary in line with multiple factors, such as buying method (programmatic versus direct buys) and format, this created a mean average of 11 seconds. Interestingly, programmatic video captured audiences for slightly longer and was close in duration to publisher direct buys. This data highlights that brands only have a short window to convey their message and engage individuals and this insight should be incorporated into media planning to ensure the campaign performance can be optimised.

The future of viewability

Amid rising pressure on buyers and sellers to increase campaign results, there is a growing demand for transparent and granular measurement. Brands want assurance that advertising investments are meeting business goals and driving strong returns, while publishers must deliver on brand expectations to maintain ad revenues. In the near future, this means we are likely to see further evolution and greater consistency of measurement across the entire media plan.

The industry will not only continue to work on resolving issues previously identified by Weed — low viewability thresholds and limited use of third-party verification — but also other challenges, such the fact that baseline viewability isn’t quite enough to measure campaign success. In the quest to fuel better performance and optimise the impact of each impression, time-based measurement is set to become a vital feature of the wider viewability measurement toolkit.

Nick Morley joined Integral Ad Science in January 2017 to lead the strategic development of the EMEA business. Nick has a proven track record in launching and scaling high-growth businesses across Europe and brings over a decade of digital advertising industry experience to IAS. Nick is charged with developing and expanding the business across Europe, Middle East and Africa. Prior to joining IAS, Nick has held senior management roles at companies including Adobe, Efficient Frontier, and most recently was SVP Global Sales and Managing Director EMEA at Intent Media. There he was responsible for driving global publisher sales and leading the EMEA business.