Affiliate Marketing – What Can Advertisers and Publishers Expect in 2019?

As we welcome 2019, it’s time to look at what this year will bring for advertisers and publishers across our network and for the digital marketing industry as a whole. Here’s what we think we can expect from 2019? 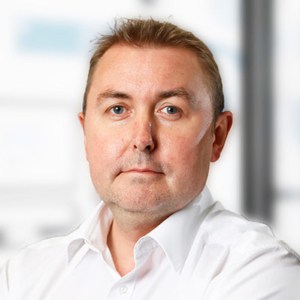 From a geopolitical perspective, 2018 was, in many ways, one of the most disruptive we’ve seen for a while. Trump, trade wars, declining stock markets, and in the UK especially, the potential consequences of Brexit came sharply into focus.  At an industry level, GDPR, ITP 2.0 and ePrivacy were among the topics that continue to influence us. Certainly, a lot of uncertainty, and with that in the background, what can we expect from the affiliate marketplace in 2019?

Thanks to the ongoing innovation that characterises affiliate marketing, and the continued migration of marketing budgets into online, affiliate marketing as a channel continues to mature.  And despite the ongoing influence of the likes of Amazon and eBay on the retail sector, particularly with the traditional high street retailers, there is still plenty of opportunity from retailers seeing market share through online channels.

So, what should we be expecting to hit the headlines this year?  Here’s a selection of areas we think will be important for 2019:

Last year saw one the announcement of one of the biggest merger news for a while, with Quidco and Topcashback proposing a merger under a new umbrella company, preceded earlier in the year by Groupon and Vouchercloud.  And just recently Global Savings Group announced the acquisition of Pouch. As the affiliate industry matures, players from all sides will be looking for efficiencies and complementary technologies and services.  We can expect to see a lot more of this in the months to come.

Despite the onward march of innovation, 2019 may well be a year where there is a general call to get the basics right, driven by the growing influence of publishers.  What’s the point of AI if you aren’t being paid on time?  The base mechanics of the industry are often overlooked but they are fundamentally important. The attractiveness of an advertiser’s program will be influenced by factor’s best in class tracking, efficient validation, swift payment and quality product feed.

One of the growing hot topics of 2018, will 2019 be the year when this hits maturity?  Moves into this channel, including Tradedoubler with the acquisition of Metapic, have already been made.  The attraction to an advertiser of tapping the power of influencers is clear, and the advances in user journey by companies like Tradedoubler shows how investments made at the top of the funnel can transfer into sales.  As part of an affiliate program, influencers can add an important layer of upper funnel activity.  Further education is needed in how to align influencer marketing with specific brand objectives, and in the area of payment, so that publishers can be paid in CPC or CPM, whilst the campaign is measured in effective CPA.

We won’t risk mentioning the year of mobile! That time has long since passed, but so too has the idea of mobile as isolated marketing, rather than distribution, channel.  Smartphone penetration is almost at saturation, consumers are screen agnostic, and an individual’s device is more a part of daily life than ever.  The idea that mobiles were for the smaller purchases is no more.  So, we’ll see an acceleration in the percentage of sales made on mobile in 2019, restricted only on the site owner’s ability to satisfy consumer experience.

With 2.5 quintillion bytes of data created every day, according to Forbes, data will continue to be a word on everyone’s lips. As we continue to discuss how to generate better insights from data, there are two key areas we think we’ll see specific advances in 2019:

Automation – Looking to the mechanics of the industry, we can expect to see efficiencies made as all players look towards greater automation.  At Tradedoubler, for instance, we are looking to bring machine learning to bear to intelligently increase efficiency across tasks like recruitment and campaign forecasting, freeing up time to invest in relationships, new opportunities and clients’ commercial growth.

Full funnel optimisation – Whilst the technology has existed for a while now, gaining a clear understanding of the role of publishers within an affiliate program (or indeed the roles of different channels) is still not mainstream.  Not to be generalised as attribution, an important part of the increased performance in 2019 will come from advertisers getting a clearer idea of how their programs work, who starts journeys and who completes them.  The requirement to pay publishers commensurate with their role will be key to optimising the funnel.
GDPR/ITP – How data is used and managed will continue to be a subject of influence and debate.  Legislation and the position taken by third parties like Apple with ITP 2.0 represent a considerable threat as well as an opportunity for the industry.  This is highlighted by the recent initiative supported by all networks to raise advertiser awareness of ITP2.0.

Third party tech – Last but by no means least will be the continuing growth of third-party tech providers like Smarter Click, Soreto, RevLifter, Increasingly and Insider.  One of the more disruptive elements of the publisher mix, these companies specialise in using technology to provide solutions to a range of problem areas – bounce rates, conversion, loyalty, use of onsite data, all remunerated usually on a CPA.  The continued growth of IoT may also see some new formats of distribution.  At Tradedoubler, we are starting to see sales coming from unexpected places….

Whatever 2019 has in store, affiliate marketing will continue to thrive, and we expect 2019 to be a year full of changes as the entire industry gets smarter and more strategic.

If you are keen to find out how Tradedoubler can be part of your year and would like to collaborate to take advantage of new opportunities together, contact us today or drop by our Moorgate office for a chat with our friendly team.

Tradedoubler is an international leader in performance-based digital marketing and technology powering a unique network of connections. Combining 20 years of digital marketing innovation and expertise, global presence and a market leading technology platform, Tradedoubler offers tailored performance solutions for advertisers and publishers.   Founded in Sweden in 1999, Tradedoubler pioneered affiliate marketing in Europe and has since developed its offering to include...