There is no longer a hard line between advertising and performance marketing but what does this mean for advertisers and marketers, and how is it taking control of their budgets? 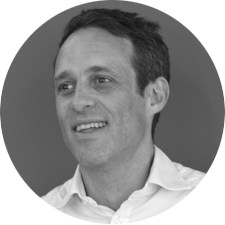 The ever-changing face of marketing, where performance marketing, fuelled by creative, media and tech, is gradually overwhelming the old adland-favoured, creative-first advertising model. Have the digital upstarts got hold of the steering wheel at last?

The notion of a fundamental shift in the broader balance of marketing has been bouncing around for a long time, and now the logic appears irresistible. As Gideon Spanier summed it up in Campaign in November, while sensibly calling for a closer partnership of media and creative, the customary 60:40 spending split between long-term brand-building and short-term direct response is looking more like 50:50 in some quarters these days. On that basis, could it reverse entirely before long?

Things continue to change. Online channels are measurable and optimisable to the nth degree; Amazon’s ad platform is the third largest in the US, further shortening the journey between the ad and the checkout; Facebook and Google are giving traditional media a run for their money, and that status quo is still evolving. More people, for instance, now search for products through Amazon than Google.

So that leaves brand advertising as a bit of a relic. If performance marketing, direct response, below the line, is so pragmatic and laser-guided now, why not send all your marketing budget off in search of sales, where it will really count?

Not as simple as it sounds

As the bring-creative-closer-to-media line implies, there is no longer a hard line between advertising and performance marketing. Today’s advertising isn’t the same as traditional advertising. No longer just a 30-second TV spot, any given ad might also live distinct parallel lives as a YouTube pre-roll, a sponsored tile on the Snapchat Discover page, an Instagram Stories ad, all with opportunities to buy and encouragement to spread the word.

Sophisticated attribution means we can understand how, for example, a video on YouTube might kick off a journey, with display in the middle, then search and conversion at the end. The line between advertising and direct response has blurred. Who is to say which is which, half the time?

Recent years have seen aspects of the two inexorably seeping into each other. Creative, once a fire-and-forget discipline, is now often a continuous process. Teams need to keep looking, refreshing, digging in the data, as media people challenge their creative counterparts to make the most of the ever-expanding world of opportunities.

Of course, long-term brand advertising remains vital, and even the most committed performance marketing disciple would struggle to describe a better world without it. Targeting and optimisation are formidable tools but to focus on direct response without putting brand building in the mix, for most brands, is to dig repeatedly into your cultural capital without ever replenishing it. Direct calls to action have their limits. Optimisation in a creatively airless ecosystem results in everything starting to lose its creative edge.

How much performance marketing is too much?

That question generally tends to answer itself. Performance marketing might be more focused on a call to action rather than creative concept or brand building but it is inherently good at alerting you to its own limits. Where diminishing returns set in, you regroup and find another way to go at the problem. A more pertinent question might be: how much brand advertising is too much?

It is certainly true that the audience for big, statement creative campaigns is not getting any bigger. Some of the old media users are still out there, just as they always were, but others are skipping TV and inhabiting exclusively digital platforms. Are we talking to a diminishing audience if we keep assuming that brand advertising and performance marketing are entirely separate entities?

The issue, ultimately, isn’t that brand advertising is dying or performance marketing is becoming the default marketing of the future. It’s that each has borrowed aspects from the other and they will need to borrow more. So the smart agencies and marketers are scrambling to forget that there was ever much of a separation between the two.

Fast-moving digital agencies with strengths in search, social, display and content are often well-placed to inject more creativity into what they do. The harder task, perhaps, is feeding media and technological insights upstream but that is happening too.

Let’s bear in mind that our audiences don’t care about any brand’s media choices – they will just go where they go and we need to be as appealing as possible. The messages brands try to send us are no different – we are all infinitely more interested in the ends than the means. Marketers need to plan a journey that our audience wants to go on, not the one we want to force them down. And the appeal of more sophisticated attribution technology is that now we can surface, in real time, exactly how it is working. Properly measured, brands can track both brand and performance metrics, and the question of the division between the two becomes irrelevant.

Nick founded Tug on the belief that search marketing was the first channel to bring media and creative back together into the same agency. With over 17 years of digital marketing experience, Nick’s advertising life started as a suit, servicing clients such as American Express, Unilever, Yahoo, IBM, Royal Mail and Mercedes Benz for Oglivy Interactive and JWT. That blue chip experience coupled with a passion for digital media has helped Nick to build Tug into a global media agency that truly delivers to a client’s bottom line. His stated aim is simply to build an agency that ambitious clients want to work with and ambitious people want to work for.