With award wins, new hires, office moves, rapid adoption and global expansion all packing into a hectic 12 months, it’s been quite the year for RevLifter. What started as an idea to revitalise the discount space has become an ... 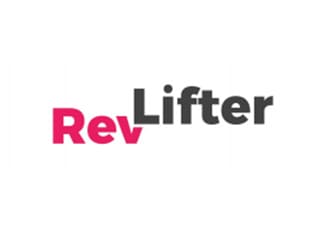 With award wins, new hires, office moves, rapid adoption and global expansion all packing into a hectic 12 months, it’s been quite the year for RevLifter.

What started as an idea to revitalise the discount space has become an AI deals personalisation platform, used by some of the world’s biggest retailers to control and convert customers on the lookout for deals.

The year has been particularly asking of co-founders Simon Bird and Ryan Kilszat, who transitioned from the stable routine of heading up two different companies into a new life as entrepreneurs.

RevLifter has attracted a real buzz around performance marketing and within the wider realm of e-commerce. No shortage of budding entrepreneurs asks for a minute of our time and how we’ve navigated the early stages of growing a new business. With the aim of filling in the gaps, Ryan and Simon have attempted to summarise the key points around what has been an incredible journey so far.

Simon Bird: “We only began trading in earnest over January 2018 and it’s been great to announce ourselves as well as what we stand for and what we do. For those that don’t know, that’s real-time deals personalisation.

Ryan Kliszat: “What’s been exciting as the year has unfolded is our launching of two core products – RevPage and RevConvert – on top of our securing of huge clients across the UK, US, Australia, Germany and Canada. Beyond that, we’ve made lots of key hires and managed a big office move in central London.

SB: It was a big victory and one that gave us plenty of momentum in a key market. The other standout moment was raising the investment that’s allowed us to deliver on our vision.

“Our vision was, and will always be, very simple”

SB: Like all businesses, you start with ‘what is the main problem and how can we help?’. With RevLifter, it was when a customer goes in search of a deal after adding something to their cart, how do we help retailers control that traffic before upselling and cross-selling on the back of it? We also wanted to base the offers around who the user is and what’s in their basket.

That led to the creation of RevPage, but then we saw how we could use the same technology to help in other areas, like cart abandonment. Through this, we created RevConvert: an on-site messaging tool that prevents a consumer from navigating to Google after they’ve displayed certain behaviour. Then retailers started asking about seeding e-gift cards into the strategy to increase order values and cross-sell products. Our vision is now to be the best AI-powered deals personalisation platform that is completely omni-channel.

“Having different skills is a great recipe for success”

SB: I’ve known Ryan for a few years now. When we first came up with the idea of launching RevLifter, I was reflecting on my experience working previously in the voucher code space at Savoo. My goal was to change the industry for the better by providing a level of personalisation that didn’t exist. I then consulted with Ryan, who was able to lead the product development and tech team in making this a reality. My focus was more on the commercial aspect of the business; I needed to see how we could earn a place in the market.

RK: The dual skillset is only going to help us in moving forward. It’s been a marriage of our different backgrounds to create a dynamic business that has started in the affiliate channel but will inevitably feed into other areas of the marketing mix, like display and email, due to their way of working.

My background is in e-commerce, where the goals of the retailer inform how technology is used. I felt advertisers using performance marketing were pleasantly surprised by a publisher that put their needs first and we were pushing on an open door. It was obvious there were many talented affiliate managers looking to use their budget more tactically and employ the same personalisation techniques used in other parts of their organisation but without long set-up times.

“Market research has been our best friend”

RK: Before we even started building the technology we were talking to large retailers; asking them about their roadmaps and if we were to invent a platform like RevLifter, would it be something they’d use. There was a resounding confirmation that we’d fit nicely in their plans, but only if it would take very little of their time. We devised a solution which could be added to their stores in minutes, with no need for added technical work.

SB: Once we had that feedback, we were able to go about constructing a minimum viable product, onboarding our first clients and proving what we can do and scaling from there. Since then, we’ve been able to help our retailers achieve goals within incrementality, upselling, cross-selling, customer generation and more.

“A key challenge for us has been managing our growth”

SB: At the start, it’s about having a crystal-clear version of what you want to do. Maybe it’s nice to have ideas above your station when it’s all going well, but it can go the other way with businesses that just expand a bit too quickly. You also need to make sure that you’re managing to say ‘no’ more often than ‘yes’ to avoid ending up with a structure that isn’t conducive to the running of a successful business.

RK: For us, that’s been about making sure we’re taking on clients with the right kind of scale and those that will give us the correct level of traction to work off. We’re deliberate and disciplined with how we’ve grown the business, not only on a quarter-by-quarter basis but on a monthly or weekly basis also.

SB: When we started to gain adoption, we realised that we needed a team to handle things on the delivery side. We’ve hired some great people like Adam Manners from TopCashback, and James Maley from CJ, both of whom arrived with a lot of experience. It was vital to bring in the kind of people that would allow us to deliver our vision.

“All the clichés about entrepreneurs being ‘always on’… they’re true”

SB: To avoid any sense of doubt for people wanting to start a business, it’s not a marathon and it’s not a sprint; it’s actually a series of both! Yes, you have to go the extra mile and put in the long hours but you also need to build a sustainable working structure while keeping an eye on your physical and mental health.

Ryan and I also have children and we’ve supported each other in developing a good work-life balance despite our hectic schedules. I’d say that one of our big ambitions in 2019 is to have the right people within the team in order to cement that balance. In the future, we might see ourselves more as editors than writers.

‘You can’t prepare for the pressure of running a business’

SB: One of the first things that every entrepreneur can relate to is that the buck stops with them. In other businesses you have a bit more of a safety net when it comes to making key decisions; it’s a collective thing. With RevLifter we’re having to make choices on clients, staff, investment and everything in between. The hardest thing is wearing lots of hats and making the right call every time.

“There’s an easy three-step approach to take when hiring, but recruiting is hard in general”

SB: What I learned from my background in HR is that there is a certain way of recruiting which can really set your team up for the long haul. It’s defined by three criteria: ‘can do’, ‘will do’ and ‘will fit’. ‘Can do’ represents someone’s experience and intelligence. ‘Will do’ is more about a person’s motivational levels and how much they want to jump at the challenge, whereas ‘will fit’ is about the culture you want to create. I’d put a 25% weighting on ‘can do’, the same for ‘will do’, and a 50% weighting on ‘will fit’.

RK: Obviously there is a battery of questions around each of those points that will help you pinpoint a strong candidate, but you’re generally looking for people that can go the extra mile. For us, it’s helped create our founding team, who could eventually become the future leaders of the business.

SB: I think with some of the geo-political changes happening around the world, hiring is only going to get harder. It also depends on the type of role you’re recruiting for as well. Establishing an affordable, high-value tech team was a challenge that we had to overcome.

RK: The easy formula is to create a brand that people want to rally around. We always have a lot of skilled professionals approaching us to see how they can work for RevLifter. The affiliate channel is packed with talent, but our net will be cast a bit wider as we look to cross that bridge into e-commerce. That’s what you’ll see from RevLifter in 2019.

“Funding is a tricky area to navigate”

RK: Our strategy was to start with our network of contacts and see which of those would be interested. As a result, some of our very first investors came with good knowledge of our industry and were able to understand the product and what it needed. Once you’ve brought on those early-stage investors, you can recruit others with different backgrounds that can add value in a completely new way.

SB: Our own approach led us to the door of Coutts, which people might know as the Queen’s bank. They have an investor network which we’ve been fortunate enough to tap into. I think they get around 400 companies applying for that scheme and we were one of only six to get accepted this year. That connected us to a good amount of entrepreneurs and investors who believed in our ambition and product.

RK: I’ll add that it pays to get the right legal advice on your side. It’s a cost that many entrepreneurs aren’t aware of and might try to reduce, but that can really set a company back.

RK: We want to follow the trajectory we’ve enjoyed thus far in terms of revenue and client onboarding. RevLifter started in the UK but our reception has been great in the US as well as in Australia, Canada and Germany. We want to continue to grow and appeal on a global scale.

SB: Beyond the numbers, it’s about expanding our product line and allowing us to personalise deals in an omni-channel fashion. We also want to develop our team to help us become the best AI deals personalisation platform around.

RevLifter personalises deals across any marketing channel. The platform uses AI to understand real-time signals from people's on-site behaviour to deliver the right deal, to the right customer, at the right time, allowing it to achieve the advertiser’s goals. The technology works by personalising offers on a retailer’s site. Each incentive is hand-picked to deliver incrementality and prevent customers from leaving their basket in search of deals from...