How to Make the Most of the Mobile Gaming Revolution 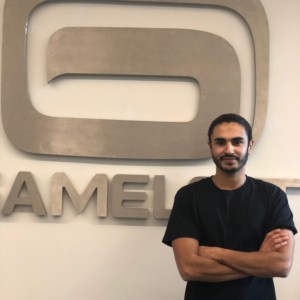 The exponential increase of mobile usage since the turn of the century has revolutionised the way that people play video games. In turn, this has created a new industry of publishers, influencers, content creators and advertisers.

With mobile play having equated to over 50% of the games market this year, the gaming entertainment industry is at a mobile tipping point. Last year, the global mobile games industry across smartphone and tablet was bigger than the movie box office and the music industry. This is a huge opportunity for advertisers to reach audiences at scale but also through the unique and effective environment that in-game advertising offers.

Mobile games will account for over three quarters (76%) of the expected $92.1 billion global mobile app revenue this year, according to market intelligence firm Newzoo. In total, global mobile gaming revenue will reach nearly $70 billion by the end of 2018, generated by three billion smartphone users.

The growth of mobile play is in part due to the technological advancements made to the devices in our hands. What started as directing a snake across a monochromatic screen over 20 years ago has evolved to where the quality of mobile gaming nearly rivals the console experience, and anyone with a smartphone can enjoy them.

This can be at odds with the perception of some advertisers, who might not appreciate the potential of the audience on offer due to the reputation of the traditional ‘gamer’ informed by years of stereotyping in popular culture, whereas, in fact, everyone is a gamer.

Alongside the quality of the game environment and the diversification of the audience, the increasing sophistication of the in-game ad experience is driving greater engagement from consumers and delivering ROI for advertisers.

Research on in-app usage, from mobile video advertising company Jun Group, has shown that nearly half (51% for men, 49% for women) of mobile users prefer gaming apps to other app experiences, and that gaming apps provide them with the best ad experiences (49%) – far higher than social (24%) and other media and entertainment apps (16%).

With the rise of incentivised ad placements and the freemium business model, players appreciate the option to engage with advertising to gain in-game rewards, rather than splashing out using tangible currency.

Relevance is as crucial with in-game as it is across other forms of digital advertising. Reaching eyeballs isn’t enough to ensure the success of a mobile campaign. Assets used for in-app promotions must be optimised for the medium and not just recycled from other channels. In-game ads should also align with the player experience and not detract from the enjoyment of play.

According to PubMatic’s Mobile Index, there are still ongoing issues surrounding low-quality ad placement and ad fraud. This has driven advertisers away from mobile web and towards the in-app environment. On their own platform, in-app represents nearly two-thirds (65%) of monetised mobile impressions in 2017, up from 37% the previous year.

This shift is reflective of consumer behaviour and of the wider industry, as advertisers seek greater access to brand-safe, data-rich environments. Oath launched research back in April, which found that nearly all (99%) of respondents expressed concern about their ads appearing in brand-safe environments. Over half (58%) said they were more concerned about brand safety this year than they were in 2017.

The scale and diversity of the target audience can make running a successful in-app campaign increasingly difficult if there is a reliance on third-party platforms to reach them.

GDPR implications have further complicated the task, limiting the customer insight and obscuring who is viewing ads. Although programmatic advertising platforms can offer access to almost any published title, brands may have little relevant information about who will see their content and where it will be placed. For this reason, we’re seeing more brands approaching games publishers directly, allowing them to tap into first-party data they otherwise wouldn’t get access to or utilise in their programmatic buy.

Partner with a publisher

When approaching programmatic advertising, many brands try to access a specific audience. While this is a key aspect of building a campaign, partnering directly with games publishers and their in-house programmatic team provides the added benefit of being able to purchase the quality and safety of the advertising environment itself. Utilising the options of contextual targeting that only a direct partnership with a publisher can provide.

This enables brands to choose the types of games their content is associated with. As an example, a brand may want to avoid games that include violence of any kind, regardless of the age rating. Direct contact with publishers offers the reassurance that brands know where their ads are placed and who they will be served to.

The first step towards the necessity of added transparency within the industry is creating and maintaining direct relationships with the right publishers. While the industry continues to soul-search and look for new initiatives to clean up the media supply chain, going directly to in-house expertise at a responsible publisher is a sure way to combat the current lack of transparency.

Programmatic advertising can be an excuse to “spray and pray” content across a range of mediums but for many people, gamers or otherwise, being hit with irrelevant or poorly targeted messaging leaves a bad taste in the mouth. User retention is key in the gaming industry, so keeping players happy is the first port of call for every game developer. Creating personalised and relevant advertising that genuinely engages people is the first step for brands to capitalise on the powerhouse that is in-game advertising.

Eashen Rhodes is the programmatic manager for the UK and Nordics at Gameloft, where he is in charge of educating agencies and trade desks on the benefits of utilising the in-app programmatic spectrum, whilst demystifying the myths around gaming inventory. All of this whilst maintaining Gameloft’s ad stack and in-house developed technology, ensuring Gameloft’s programmatic division goes from strength to strength.