Building a Balance between Data and Consumer Trust

"For the sake of consumer trust, as well as the future health of the industry, it’s imperative that new approaches and greater diversity in tactics are explored." 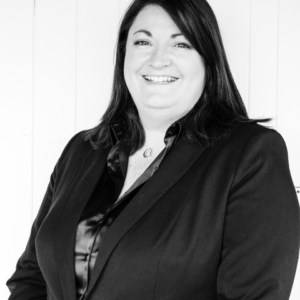 Since the emergence of programmatic over a decade ago, online advertising has become synonymous with data, and micro-targeting. This has brought great benefits for some brands, but arguably also in equal measure helped those who profit from shady, opaque uses and charging for data.

Who could forget the data management platform that admitted 400m of its user profiles were bots? Or the university business school study that showed third-party data only identifies gender correctly 50% of the time? And let’s not even mention the multitude of miscalculations coming out of Facebook in recent times – many mysteriously ending up favouring their own business interests.

Less often discussed though, is the effect of data-led marketing on the user. Of course, many industry players stake a claim to value the user experience. Some even claim they are already running truly customer-centric businesses. But does the emergence (and continued growth) of ad blocking tell a rather different story? Might it even present an existential threat to programmatic as we currently know it?

Much of the justification so far around personal, behavioural or micro-targeting is the same. Whatever the term we use for it, industry figures argue that people like and benefit from relevance. The thinking seems to be that online ads are something like supermarket coupons, a service that benefits us all. But do coupons follow you around wherever you go, whether you’re inside the supermarket or just going about your daily business?

Most prominently, Mark Zuckerberg put forward this argument during his interrogation in the US Senate. To paraphrase, people might be somewhat uncomfortable about personal targeting and personal data processing, but an ‘irrelevant’ ad served, without the benefit of that insight, would be received infinitely more poorly by the consumer.

This is a great lie to tell yourself. Not least, if your business is built squarely on the foundations of personal data. Publishers at least have a long heritage of journalism and original content – meaning valuable opportunities around context too. Not the case for Facebook though. And, at least if you believe research from Harvard Business School, that may pose questions for its future business: contrary to Zuckerberg’s claims, it suggests that as people become aware of how ads are targeted – based on tracking what we do across the internet – the impact of the creative itself is devalued. In fact, that’s probably at the mild end of the consumer distrust spectrum – as multiple studies have shown. Retargeting – perhaps the nadir of cross-internet tracking – more than anything else has inspired users to take the nuclear option and install an ad blocker.

Many have rightly criticised ad blockers for taking the cookie law into their own hands. Especially where those like eyeo (owner of Adblock plus) receive whitelisting payments from major tech firms, and even run their own ad exchange. But what of the role of the state, law and regulation in ensuring the sanctity of data practices, and upholding consumer trust?

At least so far, GDPR has not wielded the massive change some expected. Still, some tech giants have seemingly taken their own steps against personal targeting – and to redress a lapse in consumer trust, especially since Cambridge Analytica came to light. Mozilla and Apple have both moved to block third-party data tracking as standard in Firefox and Safari respectively. Even though Google and Chrome remain broadly pro-targeting, even there, the latest changes to 3rd party access within Gmail promises to limit ‘people-based’ marketing tech, for whom email forms the backbone of user identification.

For the avoidance of doubt, it’s worth pointing out that third-party tracking and user syncing form the backbone of the vast majority of programmatic campaigns. And while backslapping articles on how ‘GDPR has been kind to you’ have already emerged, the latest news is that a major consumer privacy group has filed complaints about seven firms involved in personal targeting. And one of those seven is perhaps the most common provider of those ‘consent management’ pop-ups we see everywhere, like so many sticking plasters since GDPR came into force. Long story short – this particular story may not quite have reached its final page as yet.

Targeting is not in and of itself a bad thing. But it is an over-focus on it, by the vast majority in the industry, that has resulted in the big challenges we now all face.

But alternatives to omnipresent tracking and personal data gathering do exist. For the sake of consumer trust, as well as the future health of the industry, it’s imperative that new approaches and greater diversity in tactics are explored.

Though since GDPR it has experienced something of a renaissance, targeting based on context instead of personal data remains one of those – and still widely underused and misunderstood

With more than 24 years of experience in media, Jacqui Wallis has delivered leadership, strategy and performance for hundreds of brands from inside the agency landscape.  During her career, she has worked with both the best of independent and largest agency networks, including Carat and Starcom, and with some of the world’s biggest brands including Apple, Nokia, Deutsche Bank, and SAGA. She now heads up the cutting edge Ad Tech business Illuma technology, delivering a new way to prospect for audiences without the need for personal data.