With all eyes and ears on Black Friday, Gavin Lowther, head of digital at Visualsoft, shares his top five predictions for Black Friday 2018. 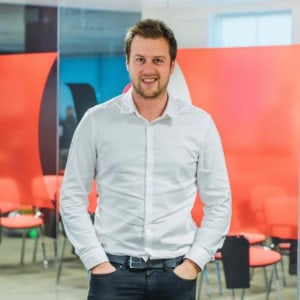 1. We have seen numerous retailers change their strategy this year, switching from ‘Black Friday’ – which lasts for one day or perhaps a weekend – to a ‘Black Tag’ event. Brands are essentially treating the latter weeks of November as an extended discount period, rather than a flash 24-hour sale. This is largely being put down to Black Friday 2018 falling earlier than in previous before many shoppers have been paid. This could have serious consequences for sales performance. Retailers will be basing their Black Friday forecasts on last year’s figures, which peaked at their highest level ever.

However, because discounts are spread over a longer period, they’re unlikely to see the same spike in results on that one day alone. Retailers may reactively be going into a deeper sale the week after to compensate, so we’re likely to see discounts right up until December 1.

2. A number of retailers that have traditionally led the charge on Black Friday discounts – for example, Currys and Carphone Warehouse – do not seem to be taking it as seriously this year. Many have implemented a ‘price promise’ in which, if consumers purchase an item in the weeks leading up to Black Friday and that product subsequently goes into the sale, they will automatically be refunded the difference. This serves two main purposes. Firstly, it eases site infrastructure and performance, so that crashes are less likely. Secondly, it means that they won’t have to do as much discounting as in previous years, so they can make more margin across the board. Lastly, it encourages shoppers to purchase from their store immediately, rather than waiting to see if that product goes into a Black Friday sale and potentially losing them to a competitor.

3. Once again, the high street is likely to perform poorly in comparison to online. Without a doubt, there will be a new record set in terms of online sales made throughout the period.

4. Mobile commerce will be in control this year. Last year, almost half of Black Friday sales were made via mobile and this is set to grow significantly. We think mobile will outperform everything and, as such, have been advising retailers to employ a mobile-first strategy.

5. Given their growth in popularity over the past 12 months – as well as retailers’ increasing use of voice command in sales and marketing strategies – it’s likely that the top-discounted (and therefore top-selling) items will be smart home devices. If retailers sell smart home products, they are set to see massive demand and should, therefore, be prepared for the surge – both in terms of website capability and stock levels, too.

Gavin Lowther is head of digital at the leading eCommerce and digital marketing agency, Visualsoft. Having worked from the company’s Stockton on Tees headquarters for the last eight years, he has built up a wealth of experience across both multiple marketing channels and in general retail. Currently, he is overseeing, and evolving Visualsoft’s digital marketing offering, including SEO, PPC, affiliate marketing, email marketing, social media, conversion rate optimisation and strategy.