It’s been five months since GDPR. From the uncertainty around consent frameworks to confusion around how to stay compliant, GDPR has unnerved many in the ad tech industry. We have all been to conferences, seminars and events, that all essentially say the same thing – it’s stormy out there so let’s all pull together. Which brings us to the state of attribution, post-GDPR. 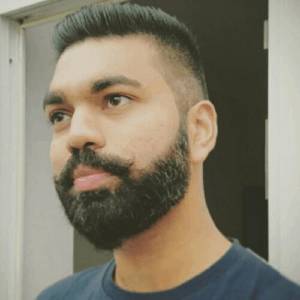 The scope of digital attribution

Attribution simply means pulling together all campaign activity, so you can attribute the right marketing channels to a sale. Why? To optimise media mix and justify digital spending. The most sophisticated attribution technologies today employ data-driven algorithms, i.e. they go beyond a last non-direct click model and assign fractional credit to different touch points along the path to conversion – be it click or impression.

An accurate path to conversion, in turn, relies on how well the clicks, impressions and site activities are connected to a conversion goal. Think cross-platform (mobile or desktop), cross-channel (PPC, programmatic, social etc) and multi-touch (interactions). How is that possible? Enter, the Ad Server.

Why ad server matters in attribution

The ad server has been integral to digital advertising since the very beginning. It is where ads are made, trafficked, tracked, measured and optimised. From an attribution perspective, ad servers are now able to provide a definite path to conversion.

DoubleClick Campaign Manager (DCM), now re-named Campaign Manager, is by far the most widely used product used in this regard. DoubleClick has the obvious advantage because it integrates seamlessly with other Google products including GA, Search Ads 360, Display and Video 360 (DBM). This unified data then feeds into Attribution 360 and completes the attribution tech stack.

But what if you wanted to use Google campaign data to create your own attribution solution?

Previously, you could export log-level data from DCM into a third-party attribution platform. A crucial element of the export was a field called DoubleClick ID. The DoubleClick ID would pull together data from Google’s various ad products around a unique user ID, associated with the DoubleClick cookie. The DoubleClick ID is powerful because it ties their entire ecosystem together for cross-platform reporting and measurement. Until GDPR happened.

As of 25th May 2018, the same day the EU’s GDPR went into effect, the DoubleClick ID became no longer available for data transfers on impressions recorded by YouTube, DCM ad server and DBM. In its note to advertisers, Google said that the DoubleClick ID, tied to sensitive information like user search histories, could violate the strict data privacy requirements of GDPR.

As we saw before, without these IDs, exported DCM log files can’t be used to build independent multi-touch attribution models. Obviously, the hardest hit is non-Google attribution providers, including solution vendors and consultants. But is there a way around it? Technically, yes.

One way to overcome this is for the third-party attribution vendor to create their own native pixels to do the data capture every time an ad is served. This approach remains the best option for enterprise brands looking to benefit from unbiased multi-touch attribution.

Alternatively, the advertiser can use Google’s own Ads Data Hub to access the DoubleClick ID in an encrypted manner. The third approach, arguably more disruptive, is to ditch Google and go for a different ad server altogether. Each approach comes with a different set of challenges and opportunities.

However, if the advertiser runs most of their media on Google properties or networks and trusts Google to tell them how it’s doing, using Attribution 360 might be the best way forward. This keeps the advertiser within the Google ecosystem and avoiding a non-DoubleClick ID means no messy ID stitching or matching.

In the end, regardless of whose User ID is used, attribution begins where data unification ends. In other words, the path to conversion is only as important as the attribution methodology. Is attribution driven by data? Does it attribute fractional credit for each conversion? What is the algorithm? Are the learnings actionable? Fortunately, these questions are as relevant today as they were before GDPR.

Rohan is Performance Director at M&C Saatchi Performance based in our EMEA office in London. He has seven years’ experience within digital marketing, having worked at GroupM, Wavemaker and m/SIX before moving to M&C Saatchi Performance. Rohan has specialised in delivering multi-channel performance campaigns across the wide spectrum of digital and technology. He has worked on clients including TSB, Orange & T-Mobile (now EE), TalkTalk, Virgin Money, EDFE, Amazon amongst others.