Why it’s Time to End Our Industry Obsession With CTR

The industry is still obsessed with click-through rate as a metric of judging the success of programmatic campaigns. It’s not about thousands of clicks but clicks that matter. 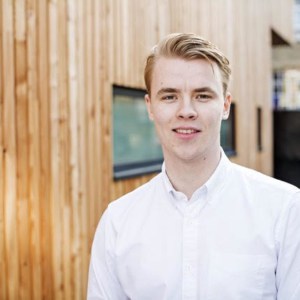 Brand awareness is an essential top of the marketing funnel activity for any advertiser and is one of the key strengths of business-to-business (B2B) programmatic. Getting the brand known and recognised in front of the right audience helps to drive potential customers down the challenging path to a purchase or acquisition.

With B2B buying cycles being much longer than the majority of B2C purchases, a gentle but ever-present ‘background noise’ is vital to getting the target audience to move down the funnel. With savvy ad frequency capping you can do exactly that; show enough ads to be noticed but not so many that the target audience feels bombarded or chased.

However, despite the benefits of using programmatic for brand awareness, we are still, as an industry, obsessed with click-through rate (CTR) as a key metric of judging the success of programmatic campaigns.

This focus on clicks alone takes away from some of the most powerful elements to programmatic advertising: the targeting and the placement. Delivery teams can be marred by a click-based focus, preventing them from targeting the users that really matter in favour of the ones that have the highest CTR.

For example, a common strategy followed by many delivery teams is to chase clicks on mobile devices. Understandably, in a consumer world, this is much more contextually relevant to the nature of the products, user behaviour and where the audience is best reached.

However, across B2B campaigns, mobile-specific targeting will tend to yield a higher CTR rate but with a much higher risk of accidental clicks, also known as fat thumb syndrome, whereby people click on ads by accident, falsely inflating the CTR. This then gets more budget put its way as the performance looks higher and the cycle continues.

In a B2B landscape, upon deeper examination, mobile-specific activity tends to have higher bounce rates so users are immediately leaving the advertiser’s landing page, meaning those click figures that look so great are of no use to the advertiser.

The industry has also begun to set itself up for a natural move away from CTR. The IAB has launched its LEAN ads programme, calling for the use of non-invasive or disruptive ads, helping to improve user experience and combat the threat of the widespread adoption of ad blockers; highlighted further by Google’s past moves against Interstitial ad formats (units that drive high numbers of accidental mobile clicks).

However, if client requirements mean we should focus on clicks, as an industry, we need to be looking at site analytics as a whole, not just CTR. As mentioned, any user that bounces off of the page straight away is not of any use to that advertiser. By looking at how the targeted audience behaves after click through, we can draw conclusions about how relevant and valuable that click was by analysing aspects such as dwell time, interaction with any on page content, whether they signed up to an event or downloaded a whitepaper. These metrics (and many more) are all valuable to any advertiser.

As ad ops teams, we don’t always have the insight from site side analytics that we would like, but we need to be talking to advertisers about gaining access or encouraging them to look into interactions and dwell times themselves. If done properly and frequently, delivery data tied together with site-side analytics can be a very powerful tool.

This allows delivery teams to optimise towards the best performing data set on a site-side interaction and dwell time basis, which ultimately has a higher benefit to the advertiser. It’s a point Google is advocating with its recent plan to merge DoubleClick platforms and Google Analytics 360 suite to make it easier for all parties involved in the running of an online advertising campaign to get the data they need.

Looking beyond a click is a key step to us moving away from a programmatic chequered ad fraud past; not only do advertisers get more benefit from users who are actually engaging with their website, but it also acts as an extra quality check rather than relying on CTR, which can easily be bolstered by targeting less quality traffic. It’s not about thousands of clicks but clicks that matter.

Alex joined Encore in 2014 and now oversees the Delivery team at Encore. His role includes ensuring that all campaigns, from set up to completion, meet and exceed client expectations.