TRIBE CEO Anthony Svirskis provides an insider view into one of the industry's most glaring challenges - influencer fraud and how their influencer marketing platform is combating the issue. 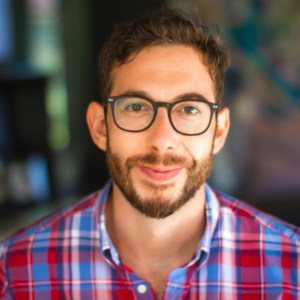 The headlines around fraud in influencer marketing over the last year have been relentless.

L’Oreal has just introduced a new three-step influencer vetting process. This followed months of hand-wringing, after the powerful voice of Unilever’s CMO referenced influencer fraud in a speech at this year’s International Festival of Creativity in Cannes, with some even questioning whether influencer marketing integrity is a myth.

Which is why I think the time is right to share an insider’s view on influencer fraud and its mechanics; and explain how easy it is to detect and protect against it.

We launched TRIBE three years ago, and we are now the world’s fastest-growing influencer marketplace, connecting brands with micro-influencers. It makes us a grandfather in the influencer space. And it was a year or so into our journey that we started to foresee that integrity measures would need to be put in place.

Our platform was growing faster than anticipated.  We had between 50 and 100 influencers joining per day, which became far more than we could manually vet. We also knew that the value in our influencers rests in their quality which depends, in turn, on their authenticity. So we set out to build an automated system that would verify the influencers and their audiences. But we approached this problem differently to most.

Our first step was to hire hackers to use every trick in the book to build fake profiles and document that process. After four weeks, they created a ‘black book of fraud’. Our data scientists then used this to analyse the fake profiles against healthy profiles and build algorithms to detect the metrics that make up an authentic and a fake profile. These algorithms were then used to underpin a fraud detection system capable of handling the hundreds of profiles joining our platform every week.

We call our fraud detection system Audience Vital Signs (AVS for short). Whether a follower is fake or simply unengaged, audience vitality is what brands want and influencers need. While I can’t publish all the ingredients that make TRIBE’s AVS work, I can provide a taste.

AVS looks at sudden spikes in followers and engagement levels, it measures unusual follower or following activity such as odd ratios of comments to likes or likes to views, and repetitive engagement (which might signify fraud via a bot). We scan the age of the profile compared to normal audience growth rates and, even, use AI to assess the quality of content against norms. This is done for every new influencer when they join the platform, and across our entire influencer network, four times a day. The more data we profile, the stronger AVS gets.

If anything doesn’t look right – and we’re ruthless – a flag is raised. Flags are colour-coded according to an integrity score. Red flags are blocked immediately and entirely, too many signals to bother looking into further. Orange flags are investigated manually, sometimes we see a spike that has a legitimate cause – a previously lesser-known micro-influencer enjoying a sudden boost through a gig on ‘Love Island’, perhaps. Orange flags are also removed and only admitted entry if the sense check prevails.

Today, about 15% of our new influencers are flagged on entry, and roughly half of these are admitted after manual checks while the other half is blocked.  These numbers may sound high but our internal thresholds are strong, so we take no risks.

Recently, we introduced an educational programme, whereby banned influencers are sent a series of emails about how to rid themselves of ghost followers (the most common reason for a ban). Once cleansed, they then have a single opportunity to reapply to TRIBE. The uptake of this programme has been beyond expectation, with influencers having a genuine desire to shed themselves of inauthentic or unengaged followers whether they acquired them intentionally or not.

What we’ve also seen is a considerable advancement in understanding and awareness amongst influencers. Six months ago, the proportion of flagged profiles was close to 30 per cent. The 50 per cent drop in flags tells us that influencers – and social platforms – are getting clued-up. Instagram’s renewed integrity lens is no doubt driven by Facebook’s recent troubles, for example.

Whether brands are using an automated platform approach or just doing a manual check themselves, what we know is that detection is relatively simple because the tools and tactics used to deceive are not sophisticated.

Without a doubt, the gap between marketers’ commitment to influencer marketing and confidence in influencers’ audiences still needs closing. A World Federation of Advertisers study indicated that the quality of an influencers’ followers is of paramount importance – ‘absolutely essential’ and ‘very important’ – to 96% of marketers using influencers.

Contrary to what some suggest, however, these are not insurmountable challenges.  Which is why we are seeing organisations from across the sector invest in integrity – from social platforms like Twitter and Instagram to influencer marketplaces such as ourselves, from industry bodies to individual brands. And as more of us work to identify and combat fraud, rapid progress is being made which will no doubt continue to drive trust in the category.

TRIBE are  headline sponsor at the Influencer Marketing Show on October 15-16 at London’s Old Billingsgate and will be running two sessions on Day 1 and Day 2.

Anthony Svirskis is the chief executive officer of Tribe, an influencer marketplace model founded by Jules Lund in Australia in 2015. Having raised AUD $5.35M in Series A round funding a year later, Anthony has taken the business from inception through to launch, growth and now international expansion attracting over AUD $8M of investment and gaining considerable market traction. TRIBE launched in the UK in March 2017, with Moet Hennessy, Selfridges and Burt’s Bees, and over 1,000 UK influencers; exemplifying how global brands are exploiting tech to access premium content at unprecedented scale, unparalleled speed and at a fraction of the cost. Prior to TRIBE, Anthony managed the acquisitive growth of an eCommerce business from revenue of AUD $3mil to $26mil in 18 months. He is adept in commercial management in digital, online and high growth businesses having successfully built and exited his own online ventures in Europe. Anthony was named start-up Executive of the Year at the Executive of the Year Awards 2017. He was a judge on the inaugural Social & Influencer category at Cannes Lions International Festival of Creativity 2018.