The Telecoms Battle for Media Dominance

The media landscape is currently going through an unparalleled period of change. We have the large consultancies battling to gain a slice of the media agencies pie; we’re seeing a number of acquisitions further consolidating the landscape, and now we’re entering the beginning of the battle for the telecoms to enter the media space at scale. 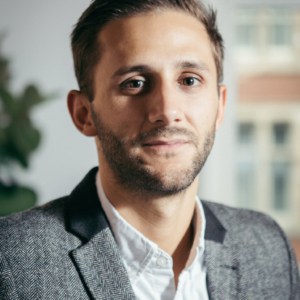 One of the biggest pieces of news in ad tech so far this year was the acquisition of AppNexus by AT&T. This acquisition, coupled with AT&T’s acquisition of Time Warner signalled a real statement of intent to fully enter into the media buying and selling space.

Combining AT&T’s vast amount of customer insights from their TV, mobile and broadband services with AppNexus’ technology stack creates a powerful proposition for AT&T to go to market with. In addition, the Time Warner deal also provides AT&T with an opportunity to monetise the content that they are producing and turbo-charge their addressable TV offering beyond what they currently have with DirecTV.

So, how have we got to this point and why are AT&T focussing so much on the addressable TV space in general? Well, at an estimated value of $100 billion dollars in revenue by 2030 according to a Credit Suisse report (April 2018), it’s no surprise that AT&T have moved early in an attempt to secure market share in what to date is still an immature market.

Taking on the duopoly

In an advertising world dominated by the duopoly of Facebook and Google, healthy competition can only be seen as a good thing for advertisers and content creators. The telco’s are in a stronger position than most to take on the duopoly due to the vast amounts of data they sit on and the financial firepower they have.

However, there are some fundamental hurdles that they must overcome in order to do this. While they’re data rich, without the right technology in place and content to monetise against, the telco’s simply won’t have a product that can compete with what the duopoly currently offers.

We have already seen both Verizon and now AT&T making acquisitions in order to expand their offerings with speed. This gives way to a debate of whether the telco’s should be looking to acquire technology or build it themselves.

Having seen Verizon making numerous acquisitions and looking to stitch together multiple companies and systems, we’ve seen how this has been challenging for them and arguably slowed down their development.

However, the key to what we have seen from both Verizon and AT&T seems to be a desire to ‘move first’ by acquiring companies, rather than building technology in order to gain a competitive advantage by obtaining early market share.

On the other side of the fence, whilst obviously increasing time in terms of development and speed of getting to market, building something from the ground up could actually provide telco’s with a competitive advantage by having a bespoke offering, which is developed to meet the exact needs of their business. So, what happens next and where do the other major telco’s go from here?

I believe that the other major telco’s will look to follow suit in terms of developing a strategy to enter into the media space. However, it will be interesting to see the approach that each of them take around acquiring or building technology. After all, there are a very limited number of providers in the market that can provide something similar to what AppNexus will bring to AT&T.

Will we see a scramble from other telco’s to acquire companies that can provide the technology they require? I also question whether we’ll see similar moves in the content side of things too, for example, could Deutsche Telekom look to acquire Fox in order to battle on that front with AT&T and Verizon?

It’s very interesting times for the telco’s right now and I welcome the increased competition to the duopoly and will be watching closely to see how this plays out of the coming months.

James is a client partner at The Programmatic Advisory where he works with clients to deliver non-conflicted, fully transparent expertise consulting on how the application of data and technology can transform their marketing. James previously worked in hands-on programmatic roles at iProspect and Xaxis where he was responsible for the strategy and planning of multi-market programmatic campaigns."