The Viewability Fallacy – Why Advertisers Need a Better Measure of Value

Ally Stuart, managing director EMEA of Sharethrough runs through some measuring priorities advertisers should be aware of when assessing campaign effectiveness. 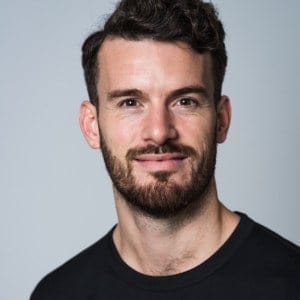 UK viewability rates are on the up, with the average number of banner ads meeting minimum standards has increased for four quarters in a row to 59% in Q1 2018. Clearly, targets enforced by organisations such as the Internet Advertising Bureau (IAB) and Media Ratings Council (MRC) are the new norm within programmatic planning, but does an increase in viewability really reflect an increase in digital ad effectiveness?

While viewability might be a good baseline indicator of exposure and a prerequisite for engagement, advertisers must consider more than just surface-level targets to ensure campaign success. So what should advertisers prioritise when assessing campaign effectiveness?

A confused and limited metric

The most widely cited issue with viewability is that its definition varies wildly. Since the MRC established its Viewable Ad Impression Measurement Guidelines in 2014 at a standard display impression of 50%, some big-name brands have revamped their metric targets with Twitter, for example, raising the bar to 100%. Global software company, HP, also claimed these standards were a “great leap in understanding viewability” but thought such efforts didn’t quite go “far enough.”

But even if a single viewability standard was used unanimously across the industry, the issue of value would still remain. The perception that the metric is the key to successful campaigns continues to hold marketers back; after all, being viewable is not the same as being seen. For a brand to hit its high viewability goals user experience usually suffers, with formats like sticky mobile banners and videos that pop up mid-article designed to exploit the metric.

While there’s no doubt an ad that isn’t served or seen will have no effect, buyers need to acknowledge that high levels of viewability do not necessarily equate to high levels of effectiveness.

Optimising for a cost-per-viewable impression

The cost of highly viewable supply is escalating, but smart media traders are starting to realise this inventory does not always translate to the best campaign outcomes. Comparably, less viewable inventory is sometimes better value. It is often available at a much lower CPM and can help maximise audience reach and drive better ROI, especially within more targeted contextual environments, like a focused article page.

If advertisers want to buy impressions that deliver impressive returns, they need to think about optimising to a ‘cost per’ model – for example, cost per viewable impression, per completed video view, or another attributable KPI – to understand the real impact of a campaign.

The future of measurement

Programmatic infrastructure is gravitating towards a 100% viewable model, with smart exchanges and DSPs investing in viewability and render optimisation tools. This will prompt a swifter move towards new best practices and goals for measurement, with more experimentation around content metrics like cost per second, interaction rate, and scroll rate, as well as business metrics, like incremental sales lift.

Only through clearly aligning brand goals with tangible metrics that reflect the true value of an ad, rather than simply whether it is possible to see it, can brands gain the full benefits of each placement. In doing so, they will boost ROI and establish a considerably more efficient model for designing successful campaigns.

Ally Stuart is the managing director EMEA at Sharethrough, the largest independent native advertising platform. Sharethrough is a software company that powers in-feed native ads for premium publishers and enables marketers to programmatically distribute display and video ads natively at scale. Ally has worked at the intersection of technology and content marketing his whole career; starting out as a Strategist at award-winning digital production company Rubber Republic working on brands such as Gillette and Paramount Pictures. From there he moved into a technology role, running product management at VAN - a distribution platform for branded content - which was ultimately acquired by Sharethrough in 2014. Ally’s current role involves building Sharethrough’s presence in EMEA; helping establish native as a mainstream part of the programmatic ecosystem and enabling brands and publishers to transform their businesses into Native.