While the World Cup will continue to be consumed on screens, the viewing formats are more diverse than ever. Agencies need to advise brands on which will work best with their specific media strategy in order to stay in the game. 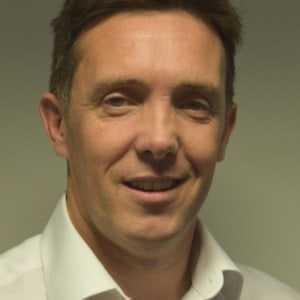 Every four years the World Cup provides an excellent opportunity for TV equipment vendors, pay-TV providers and advertisers to cash in on the game that turns strangers into best friends and connects people in a new way.

While the World Cup will continue to be consumed on screens, the viewing formats are more diverse than ten, eight or even four years ago. TV has ceased to be linear – and the same goes for the ever so prominent TV advertising around the World Cup.

The who’s-who of Advanced TV

The World Cup isn’t the only football-related topic dominating the news. Amazon has made headlines in recent weeks by being the first ‘Silicon Valley player’ to enter the ranks of football broadcasters alongside the likes of Sky and BT.

While they may have only bought a small Premier League package for a week of games in December and on Boxing Day, with the challenges that selling fragmented audiences that come with it, this is a significant step and hints at the future of TV broadcasting rights.

It shows us that changing consumer habits have led to substitutions within the media players providing the video content. With subscription video-on-demand (SVOD), the likes of Amazon are not only producing immensely successful high-budget TV shows but are getting more involved in live sports broadcasting – one of the last strongholds of traditional broadcasters. They’re not giving up the fight, however, which means we’re currently seeing exciting changes in the world of TV monetisation.

Programmatic TV advertising promises benefits for both brands and broadcasters alike. It enables brands to target their audiences as effectively, as with any other digital media, directing ad spend into the most efficient channels.

It’s important to note that there is a variety of different programmatic options when it comes to Advanced TV. One of the most popular of course is Connected TV, which enables buyers to bid for programmatic ads that are shown to consumers who are watching video on an online player, such as iPlayer, a Smart TV or another Internet-enabled device.

Programmatic linear TV advertising is shown on traditional TV but backed with a data-defined audience pool. Last but not least, Addressable TV adverts are only shown to households using a traditional TV that aligns with a brand’s target audience.

As all of these different options have their own benefits, it is up to agencies to advise brands on which will work best with their specific media strategy.

Getting to grips with programmatic

We recently spoke to a range of brand and agency representatives about the biggest challenges they’re facing when it comes to Advanced TV. Around one in four of our interviewees (25% brand, 23% agency) are concerned that there is just not enough Advanced TV inventory available to buy.

Particularly in the US, programmatic opens up new opportunities for TV buying and shifts the process away from strict timescales. Furthermore, research by Innovid suggests that CTV impressions in the US have increased by 178% in 2017 year-on-year.

In the UK, eMarketer predicts programmatic digital video ad spend to climb from £967 million in 2017 to £1.58 billion in 2019. While Sky TV has become the most popular platform for out-of-home viewing, the mandatory registration required across all TV online platforms led to Channel 4 making all content on its platform All 4 100% addressable.

Looking at these facts, we can expect more programmatic buying options to become available in the future. While the highly coveted prime time spots around the World Cup games will have been bought months – if not years – in advance, programmatic media buying is the solution for those who won’t – or can’t – commit their ad spend around large TV events that far in advance.

Most of the agencies we spoke to already grasped the opportunity this year and made the most of the global football event; 63% of agencies ran a programmatic TV campaign during the World Cup.

These aren’t just commissioned by sports brands: the luxury sector is most keen to make use of Advanced TV during the World Cup, with 24% of programmatic campaigns run by our agency respondents advertising luxury goods. This is followed by sports (17%) and travel/hospitality and finance (14%).

This shows that the World Cup is a great opportunity to reach a broad audience. The target audience is diverse but clearly able to afford an affluent lifestyle – which makes the World Cup a dream come true for marketers.

Research around programmatic media buying shows a split field: while many brands and agencies are charging ahead and using Advanced TV to its full potential, others are feeling unsure and need the right coaching around all things programmatic.

For beginners, it’s key to find the right team to get moving on Advanced TV. The opportunities are endless – but they need to start now to stay in the game.

Mike Shaw is VP of International at dataxu. Prior to joining dataxu, Mike spent eleven years at comScore where he ran the UK sales team.  Mike has co-authored several widely acclaimed papers around digital advertising effectiveness.