Why Publishers Need to Learn from Past Experiences

Keeping a prospective audience engaged and attentive can be a challenge in any industry. However, with the rapidly-evolving world of publishing, presenting well to an audience - and truly engaging with them - is essential. 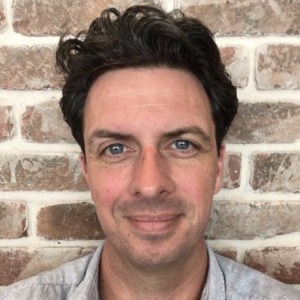 By mapping out how we effectively communicate with people, we are able to create campaigns and presentations that are more engaging and most importantly, more memorable.

We know that overloading your audience with fast moving imagery, flashy video content, or an endless stream of stats doesn’t work. The way we pay attention is constantly evolving, and new content types play an important role, however, some secrets to connecting with an audience have remained unchanged for years. Advertisers and publishers need to look back, too, before successfully moving forwards.

Aristotle is, in some ways, the Godfather of communication. A great deal of modern-day thinking around being a better communicator is steeped in his learnings. In the 4th century BC, Aristotle mentioned three key ingredients that any presenter should consider if they want to captivate an audience – ethos, pathos, and logos.

So, how in the modern age, can publishers bolster all three in order to execute successful presentations?

Aristotle spoke of ethos as “the personal character of a speaker”, and building trust with your audience is necessary for any organisation. Publishers need to be seen as a voice of authority that is able to connect with their partners, and their audience, on a deeper level. Many smaller companies will have no prior relationship with their audience, so building a solid foundation is essential.

As such, spokespeople need to come across as a credible source of knowledge from the get-go and position themselves as a key voice to follow in the industry.

More often than not, people already know who their speaker is. Opening a conversation with an introduction just isn’t going to resonate anymore. Instead, speakers should open with a story that describes a type of future they can take the audience to. This is the most effective way to emotionally connect with someone – it allows the speaker to build a position as a credible voice on the company narrative.

Taking this further, engaging with an audience as equals through conversational presenting – a style of presenting that creates a two-way dialogue between a company and their target audience by asking questions and taking direction from them – is essential to building that connection.

For publishers to create a truly meaningful relationship, Aristotle recommended using pathos, which taps into the emotion of the audience. Research shows that people can feel six basic emotions: happiness, sadness, anger, disgust, surprise, and fear. Publishers who wish to create the most impactful campaigns should centre around at least two of these emotions to get an audience truly invested and reach a deeper, more meaningful relationship.

Think of any John Lewis Christmas advert. The reason they work so well, every year, is because they tap into the emotion of their audience while bringing attention to a key new product or societal issue that resonates with their core company values. This helps any audience relate to the campaign and gets them involved in a discussion on the topic, bolstering the company’s narrative.

Creating an emotional connection and bringing ideas to life through visual campaigns also works for a business audience. Data visualisation is one tool businesses can use here. Using graphs, charts and infographics will add colour to an otherwise dry set of numbers or statistics – dramatically contrasting graphs, for example, will be more emotive than simply two numbers side by side.

Finally, Aristotle spoke of logos, or as he called it the ‘proof provided by the words of speech itself’. As it suggests, logos is all about the logic of an argument. Does what a company is presenting make sense?

Brands need to provide proof points that add validity and credibility to their campaign to build a trusting relationship with their audience. Showing a campaign on the right medium is increasingly important, whether that’s through social channels or in a more traditional sense.

Harvard University found in a double-blind study that presenting with Zooming User Interfaces was one way to make a campaign or presentation more persuasive, engaging and effective.

Publishers that truly want to get the attention of their audience need to be able to prove every claim they make. They should back up each one with a fact and be prepared to engage an audience emotionally while maintaining a sense of trust and authority.

We know that technology is constantly evolving, and so is the way we engage with content and communicate with one another. Keeping up with the modern world is incredibly important, however, drawing on all three of Aristotle’s ancient tips provides another toolset that can be used to boost the success of present-day communications campaigns.

Spencer Waldron is European regional director at Prezi, the dynamic presentation tool used by more than 100m people around the world. Apart from helping to grow the Prezi business in Europe, Spencer regularly talks, writes and evangelises about Neuroscience, Storytelling, Rhetoric, or Presentation skills, all geared to help people be better communicators both inside the workplace and externally. Spencer has more than 20 years of marketing and business development experience. Before his role at Prezi, he was also a co-founder of a Presentations agency where he successfully helped 100’s business professionals improve their presentation content, design and delivery. He was also the co-founder of a software start-up.