How to Drive Campaign Performance with Creativity 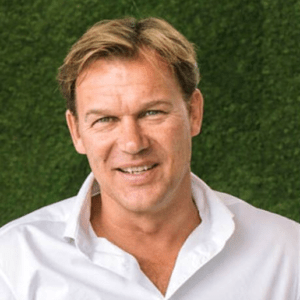 It has long been known that in advertising, where people’s eyeballs go, ad-spend follows. This is ultimately the driving factor behind the rise of digital advertising – an industry predicted by GroupM to be worth over £12 billion to the UK in 2018.

The percentage of online advertising that met viewability guidelines from both the Media Rating Council (MRC) and the IAB in Q4 of 2017 was 56%. Rising from 51% in 2017, there’s no denying that this is a positive direction of travel.

It still means that 44% of media spend for online advertising is wastage. An ad that is not seen by a human eye is essentially worthless to brands, as they’re spending their budget and not seeing any return.

It’s important to remember that, even at 56%, viewability is a metric that’s totally unique to digital, and ultimately the key differentiator that separates it from other media types. The value of knowing exactly how many users viewed an ad is underlined when you consider the difficulties facing other channels like TV, with the rise of second-screens and the shifting viewing habits of millennials.

Online advertising has been given a hard time in recent years, which is perhaps no surprise when looking at the aforementioned statistic.

So, instead of patting ourselves on the back for a small increase in viewability standards, we should be considering what we can do to push this number higher. Viewability should be a given; it should be expected by all parts of the supply chain, rather than purely being another key performance indicator (KPI) to measure against.

Brands must shift towards utilising the tools that drive creating memorable experiences for audiences. With this in mind, what components truly drive the performance of a campaign?

Truly beautiful campaigns drive engagement. With consumers seeing an estimated 4,000 advertisements per day, a brand has to be able to stand out to be remembered, or risk being lost within the blur of other advertising. It’s important that campaign KPIs are set to prioritise both time in view and engagement, which are closely connected to recall in audiences.

Better creative standards benefit the entire supply chain in the long term. A brand benefits from higher recall and publishers see a higher number of users returning to the site as a result of better user experience.

Quality creative is what attracts eyes, and memorability is what advertising is all about. Combining engaging creative with viewing metrics gives brands the best chance of achieving this.

We’ve come a long way since the introduction of the banner ad. There are endless advertising formats that are now in the hands of marketers, allowing them to create an advertising experience for consumers that combines video, creative, interactive games and shoppable experiences – all without the need to leave the page.

Formats such as skins, headers and footers – across both desktop and mobile – offer the opportunity for brands to have a significant presence on a page without interrupting the user experience.

There’s no point creating a beautiful advert, and then placing it somewhere it’s never going to be seen. We’ve seen a clear shift in behaviour from advertisers as they become aware of the benefits of placing adverts on premium publishers.

It’s becoming more about the quality of the placement, rather than purely focussing on the number of impressions that can be purchased for the lowest price.

For brands, working with premium publishers can offer a certain guarantees and brand safety, which cannot be secured when using certain advertising exchanges. By working with quality publishers, advertisers can ensure that they’re purchasing a placement that complements the advertising they’ve created.

By using a combination of these factors – taking into consideration the creative, the format and the premium inventory – brands will be able to increase the viewability of campaigns, which ultimately drives success.

Paying to place adverts that are not seen by human eyes is a waste of valuable resources that could instead be spent on delivering an engaging campaign that benefits the publisher,  the brand, and consumer.

Eric Visser is an entrepreneur who loves building businesses and is a co-founder and managing partner of 15 companies in industries ranging from digital media to real estate and financial trading. Eric founded his first internet company in 1997 and successfully sold it in 2000. Since then, Eric has been working in media and advertising with various companies and roles from operating a financial publisher in the Netherlands to running a Programmatic Trading Desk. An ideas guy at heart, Eric has placed ambitious, creative thinking at the heart of his business strategies. Founding JustPremium in 2012 with the ambition of building a global player in digital advertising, Eric has seen the business grow to employ over 100 people in 11 countries.