By reducing the amount brands spend on their promotional marketing prize fund and freeing up significant budget, they can spend it more effectively elsewhere while causing no harm to the success of sales promotion or brand. 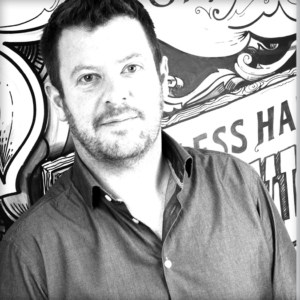 Brands have been creating promotional campaigns without proper insight into what does and doesn’t affect a consumer’s decision to pick up a promotional pack. We had a theory that brands have potentially wasted huge amounts of budget as a result.

With this theory in mind, we conducted research to uncover how to optimise the value of promotional prize funds by analysing consumer behaviour trends and working with a behavioural psychologist.

Our research has not only allowed us to dismantle some long-held assumptions but has also revealed how to optimise prize fund scenarios in relation to any given budget, providing what we believe to be the first in-depth assessment of the psychological tipping point for promotions.

Insight trumps assumptions because much of what we presume to know about promotions turns out to be incorrect. Many people understandably believe bigger is better when it comes to the prize, which, while seemingly obvious, misunderstands the psychology that governs buying decisions.

In reality, higher value prizes, along with the number of those prizes and the frequency with which they can be won, won’t necessarily drive greater participation.

That’s good news for brands because by gaining insight into where important tipping points lie, they can almost certainly create a more cost-effective campaign without harming the appeal of the offer.

The reason this is possible, and the reason many presumptions about promotions are sometimes mistaken, is because there is a difference between a decision and a choice.

Behavioural psychologist Dr David Lewis explained that our findings demonstrate how, while a significant number of purchases are made after conscious thought (decision), an even greater amount are simply made on impulse (choice). As Dr Lewis explained, choices are made within 1/100th of a second, whereas decisions typically take between minutes and months. Low-cost fast-moving consumer goods (FMCG), on which most on-pack promotional activity runs, are mostly purchased through choice.

Armed with this insight into customer mindsets, more cost-effective promotions can be created by re-allocating investment away from those aspects of the offer that would only be noticed after an extensive decision-making process – which isn’t how a consumer will typically buy an FMCG product. Budgets can therefore be optimised by recognising that promotional claims around odds of winning and opportunities to win become redundant beyond a certain tipping point. Our research pinpoints where these tipping points lie.

Whilst our research reveals compelling findings for brands seeking to introduce rigour and behavioural science into their promotional marketing, the next step is getting retailers on board.

Retailers hold the balance of power when it comes to dictating pricing and determining which products make it on to the shelves; it’s likely many will have initial reservations about dropping the levels of prizes on offer for a sales promotion. However, by demonstrating that this shift is based on behavioural science-led insight, and reassuring retailers that savings will be reinvested in wider marketing activity for the promotion, it will be possible to win support for a smarter approach.

Marketers have spent decades focusing on the shopper decision-making process and the factors that can enhance or damage a successful path to purchase. There has been less focus however on the shopper mindset when it comes to making promotionally-led purchases. This is sure to change as the value that can be unlocked from more effective promotions becomes apparent. With price promotions increasingly out of favour, there remains a real place for smartly executed sales promotions that simultaneously boost sales and brand love.

Brands need not rely on guesswork to deliver these but instead use insight to ensure promotions are not just appealing but cost efficient too. The future of promotion-led marketing will involve calculating the psychological tipping point and investing accordingly.

With a degree in English and sports studies from Birmingham University, James started his career in Sports Sponsorship, working with and for MasterCard to leverage their sponsorship properties. He then spent 10 years with GHMC working on major integrated accounts such as Budweiser, Ladbrokes and Audi. James joined Initials in 2008 and runs a group of accounts including PepsiCo and Heineken UK, as well as heading up the Account Handling Team.