Daryl McNutt, VP of Marketing at Visto discusses the ability to compare side-by-side demand-side platforms (DSPs), arguing the importance of this change from a larger industry perspective. 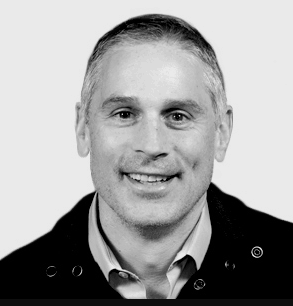 When analysing the profitability of an assortment of ad channels, there can be a lot of information presented without very much clarity. Some demand-side platforms simplify that data and present it in an easy-to-digest interface, yet those aren’t without their own challenges.

In many cases, advertisers and agencies compare reports manually to review execution platforms, an apples-to-oranges comparison that makes it difficult to assess a report, let alone act on its results. On top of that, there’s a distinct lack of transparency as to where your ad spend actually goes. A recent study by the Association of National Advertisers found that 42% of each programmatic dollar is spent on nonworking media.

Many of the costs aren’t disclosed, which makes it that much harder to know whether money is being spent on media or intermediary fees. Despite these challenges, a multiplatform strategy can be quite useful if you choose the right platform at the right time, but to do that, we need to understand and compare their offerings.

The battle for transparency

In today’s programmatic landscape, the link between transparency and revenue couldn’t be clearer. In the past, digital media buying operated among too many unknowns such as what brands buy; an ad’s cost, quality, and channel; and how an ad performs and is optimised. Side-by-side platform comparisons can facilitate that clarity, helping advertisers see where their ad spend goes and how to reallocate in order to optimise for ROI.

The potential of hidden costs introduces an inherent lack of transactional transparency into the programmatic ecosystem. In a report by the World Federation of Advertisers, it’s estimated that 60 cents of every programmatic dollar spent goes toward the “technology tax,” which encompasses supply-chain data and transaction fees. These hidden costs create concerns about nondisclosed buying agreements for programmatic media, which limits how closely advertisers can inspect, analyze, or audit a buy’s transactional details.

Then there’s the issue of ad viewability. Many execution platforms can track how long and how much of an ad appears in order to assess its profitability. The Media Rating Council requires 50% to appear for at least one second. Video is a bit different, with the council requiring half a video ad to be visible for at least two seconds to be considered viewable.

Marketers who choose not to invest in fraud-busting are taking a big chance. Ad impressions served to fraudulent sources or clicked by robots instead of humans are all wasted spend. The assumption is that the current marketplace contains significant amounts of falsified inventory, meaning that the integration of anti-fraud and data-disclosure initiatives into platforms can weed out fraudulent inventory and prioritise ads that are aboveboard.

A proliferation of ad-buying channels brings healthy supply-path choices and market competition. More difficult to discern, however, are the multilayered cost structures and trade-offs in performance among vendors. In 2017, Procter & Gamble chief brand and growth officer Marc Pritchard called out programmatic’s seedier ad tech vendors, specifically those that take sizable portions of customers’ media buys before publishers even receive it.

A properly calibrated multiplatform comparison can offer a transparent view into which channels provide the best ROI and the most direct path to an advertiser’s target audience.

To accurately compare ad channels, it’s first important to create an apples-to-apples situation that quantifies true trade-offs. To do so requires data from each platform to be centrally processed and defined. Once this happens, an ad’s inventory, quality, performance, and price can be used to make sophisticated decisions across platforms. The next challenge is then how to efficiently access each platform’s user interface to enact faster decision-making and execution.

Automation can help reduce repetitive tasks that deal with budget and performance across multiple partners. A centralised ad hub can help with reallocating spend, identifying discrepancies, and adjusting bids. This multiplatform approach maximises campaign performance and leverages every available opportunity, many of which would otherwise be lost. It optimises the return on each of your campaigns and keeps the experience consistent across all channels.

Again, it all boils down to transparency, which is a valuable trait for an effective campaign. Omnichannel comparisons hold platforms accountable for where every penny in the ad-buying process goes and what is bought. Once the entire supply chain is transparent, brands can finally receive the value they expect for their advertising spend. They shouldn’t have to settle for anything less.

As VP of Marketing for Visto, Daryl is responsible for development and execution of growth initiatives for the company and its flagship Visto™ Enterprise Advertising Hub.