Oh Snap! Why Instagram is the Place to Be 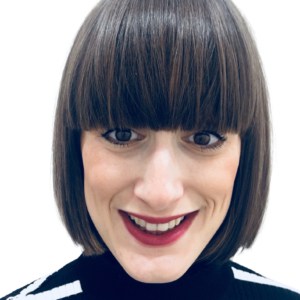 As reports suggest that Snapchat is rapidly falling out of favour, Instagram is apparently stealing the show in the attention of social media influencers. Influencers are a good indicator of wider trends; it’s their job, often full time and highly lucrative, to connect and engage with a wide audience, they have their ears to the ground and eyes on the engagement stats, so if they are shunning a platform and increasing their activity on another, it’s time the rest of the wider marketing, performance and social media world take note.

We recently conducted a poll of 689 UK influencers to get to the truth behind these rumours, with everyone having a collective reach across various social platforms of at least 6,000 followers. They were all at least 18 years old and remained anonymous for the purpose of the research. Initially, we asked them to detail which platform they preferred, to which the choice was clear; 73% were in favour of Instagram over Snapchat. In fact, four-fifths of them (82%) stated that they used their Instagram app more than Snapchat, and more than half (55%) used the Instagram story functionality more than Snapchat.

The story functionality is a huge draw in the competition against Snapchat. Until its launch, the platforms had separate purposes and were used for different things; now, they can compete directly, with Instagram offering most of the features Snapchat can and more beyond this. When we asked the relevant social media influencers to share the reasons behind their preference for Instagram, functionality came out as the number one reason, with 74% of the vote.

The clever thing about Instagram is that it’s tailored towards influencers, with tagging options available in pictures and captions and the swipe up functionality for Instagram Stories. For influencers even more than general users, Instagram delivers where it needs to. Promotion is easy to accomplish, it’s easy to convey promotional messages and clearly direct traffic, while Snapchat falls at many hurdles.

The ability to post longer form content (63%) and more permanent content (58%) was also noted as a benefit to Instagram; where engagement and developing relationships are key in an increasingly competitive market, content is king. This is not news to performance marketers, and Instagram supports this development, while posts become more muddled and complicated to access on the Snapchat platform.

When it comes to tracking and analytics, another key concern for social media influencers, Instagram again has the edge for 56% of influencers. Influencers are posting to get paid, accountability and tracking is critical for sponsored and promotional posts; a further 55% confess that their preference is down to the ability to move swiftly and directly channel traffic to brands.

Not only is this likely to be inspired by influencers, but also by brands themselves. Snapchat promotion can’t lead directly to boosts in traffic or sales, at least not without an app switch and most likely a Google search, losing the tracking along the way. Instagram is also considered ‘more inspirational’ by 68% of influencers and, for many brands looking to engage with influencers as part of a performance marketing campaign, this is important to convey brand messages and position their products or services as something to aspire to. Instagram is suited to perfectly filtered and edited pictures, depicting idealised images and aspirational content, but still close enough to reality to reach out for; an advertiser’s dream.

There are many reasons why Instagram is overtaking Snapchat, but it all comes down to keeping up with the market demand. What do people want to see? How do they use social media? What is its purpose? Instagram is fulfilling the needs of influencers, and the needs of browsers seeking inspiration, which is the secret to its success.

As marketing manager, Sophie is responsible for the Marketing and PR strategy of Acceleration Partners across the EMEA region. Focusing on growing AP’s reach in EMEA and new business acquisition, she works across a range of marketing tactics including, content marketing, event management, social media, demand generation, website management and design. Sophie has worked in the affiliate industry for over 4 years and prior to Acceleration Partners, she worked at European affiliate network, affilinet in the Sales and Marketing Team managing the Marketing team for the networks UK office.