These Affiliate Tools Can Help Advertisers Overcome Their Biggest Roadblocks

Given the rise of affiliate marketing, it’s difficult to see why brands wouldn’t want to jump on board. The marketing channel accounts for an incredible 16% of e-commerce sales - on par with email, and outpacing social media marketing ... 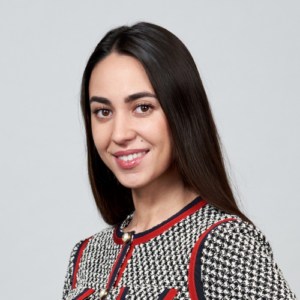 Given the rise of affiliate marketing, it’s difficult to see why brands wouldn’t want to jump on board.

The marketing channel accounts for an incredible 16% of e-commerce sales – on par with email, and outpacing social media marketing altogether. However, while the world of affiliate marketing does sound auspicious, there are a number of roadblocks advertisers face that can slow down their likelihood of success.

Traditionally slow, long-drawn-out processes and the threat of brand safety can cause many companies to shy away from affiliate marketing. But thanks to innovative networks, new tools have been developed to help advertisers overcome some of these roadblocks – and thus, earn money faster. Here are some of the biggest barriers we’ve found advertisers face, and what tools our own network Admitad has developed to solve them:

Generally speaking, manual integration can be a time-consuming process for advertisers. Many times, an affiliate network needs to develop the code from scratch, which requires a significant amount of back and forth with the advertiser’s developers. Sometimes the manual integration process can take a number of weeks – and in the world of e-commerce, that equates to plenty of lost sales.

Fortunately, integration tools enable advertisers to start promoting themselves faster. At Admitad, for example, we’ve developed a range of tools to help advertisers integrate their websites into our system, which allows us to collect data on the programme’s actions and record statistics for advertisers to see. Here are some examples:

API. Advertisers with an API can provide their API documentation to the Admitad team, who will work to develop an integration method. The Admitad API also offers a range of features for advertisers – see the list here to understand how it can be leveraged to its full capacity.

Tracking code. This is a JavaScript code which advertisers put on their websites. When the code is triggered through a user action, Admitad’s server gets a request.

Mobile SDK. Traditionally, advertisers haven’t been able to track sales within their mobile apps – a concern, considering the rise of mobile in recent years. Admitad’s Mobile SDK, however, is an integration tool that enables brands to do exactly this. The solution is able to determine whether or not a consumer had the brand’s app installed on their phone, and once a referral link is clicked, the user is taken to the page on the app required to make the purchase.

Integration via XML. Integration via XML is an integration method, when an advertiser creates an XML file of a certain structure, where the data about the actions performed on their website are uploaded. The Admitad server with a certain periodicity access this file and unload the data in the statistics.

It can also be quite time-consuming for advertisers to generate and place affiliate links on their websites. If an advertiser is working on a large project – in which the content is generated by users themselves – the advertiser needs to choose the correct wording, to then manually generate a separate link for each word. Really, the process can take days – time an advertiser’s team could much better spend elsewhere.

Fortunately, there are tools to overcome this roadblock too. Admitad’s MoneyLink, for example, helps advertisers generate affiliate links to monetize their forums, blogs, and review sites, among other platforms. The links don’t impact SEO, and if a program is shut down on one affiliate network, the traffic automatically gets transferred to another. This way, advertisers will always be able to promote themselves, and publishers will still get paid.

Once an affiliate program is up and running, it’s the network’s job to track the traffic publishers are bringing in. Traditionally, this has been another long process. ‘Manual reconciliation’ consists of a network having to go through an Excel table, and checking to see if the ‘action’ resulted in a sale for the advertiser. It’s then up to the advertiser to compare the results on their side – again, using an Excel document – which is a process that can take days.

Whether it be due to fraudulent actions or low-quality traffic, brand safety can be a big concern for advertisers. In fact, sometimes the world of affiliate marketing can feel a little like the Wild West.

Take the idea of brand bidding, for example. Brands trademark certain keywords in search to prevent competitors from stealing traffic. However, with this type of fraud, a publisher might choose to bid on a keyword the advertiser they work for has trademarked. This means publishers get paid for clicks from consumers who are already engaged with the brand and are taking money from advertisers they didn’t earn.

BrandGuard was developed to combat this. The Admitad-developed tool is designed to monitor contextual search engine queries – of course, this is agreed upon with the advertiser beforehand – to protect brand bidding from happening in the first place. Admitad also boasts Icstuffres. While it doesn’t protect against brand-bidding, the tool does detect low-quality traffic and detects ways of spoofing and the automatic registration of cookies, which is fraudulent.

Even more, Admitad has a special department to monitor traffic, called the Traffic Quality Control Department. Their role is to differentiate between the fraudulent players, and the real publishers interested in managing high quality ad campaigns. If a link is mentioned on a low-quality blog – which can hurt SEO and brand reputation – the team at Admitad alerts the advertiser.

So while affiliate marketing certainly isn’t without its roadblocks, luckily these days advertisers have access to a range of tools that not only make their lives easier, but can decrease the time it takes to start making more sales.

Admitad is a global IT company that develops and invests in advertising and monetization technologies, partnership services and earning management, media buying and smart shopping solutions. We help brands and online platforms to increase sales and attract new customers, and for audience owners to monetize it, collaborate with tens of thousands of advertisers and manage earned money. Admitad structure includes a number of businesses: Admitad Affiliate, Affiliate & Referral...