Why Traditional Publishers Are Becoming the Oldest New Affiliates

More and more of the traditional larger publishers are tapping into affiliate strategies as alternative revenue sources are becoming squeezed. Decision Tech’s Dominic Baliszewski explains the increasing shift, and why it’s a good and bad thing for the industry at large… 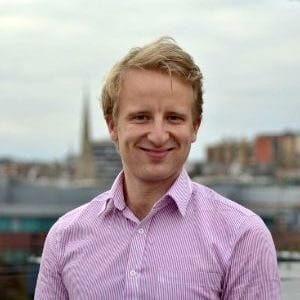 With a history now tracing back well over a decade, the affiliate space is by no means an immature market anymore, and now worth over a billion pounds, it hasn’t been considered a niche market for many years.

There is, however, a major trend changing the shape of the industry – and that’s traditional print publishers prioritising affiliate as a key revenue stream.

One major (over 20 million monthly UVs) publisher recently commented that four years ago they barely did anything for Black Friday, and now it is the single biggest trading day across its major titles for the entire year. It’s a trend that I am convinced will only grow as publishers are caught in a perfect storm facing their revenue streams, including:

The rise of ad-blockers: We’ve all had the experience of clicking on an article and then waiting as umpteen ad placements load. You finally think you’ve finished loading when you get a dreaded out-stream video unit – with the sound on! I spoke to a major publisher last week that was happy they’d managed to reduce page load times on certain articles to 57 seconds! It’s no wonder ad blockers are on the rise with almost a quarter of UK consumers using some form of ad blocker. Forecasting puts estimated revenue lost globally to publishers through ad-blockers at around the $27 billion per year by 2020. Despite some trends suggesting slowing growth in ad-blocking, almost $30 billion is a chunk of change not flowing through into publisher coffers.

Downward pressure on inventory: A massive growth in programmatic driving a shift away from more lucrative direct deals has resulted in a race to the bottom for a lot of publishers; whilst technologies like header bidding are going some way to address this, it remains a serious concern.

The death of subscription revenue: Digital subscription revenue is another avenue some publishers have looked at or are reviewing – Wired being one of the latest titles to announce paywall plans. The problem here is that this model can be difficult to get to stick. Rightly or wrongly, users are used to getting content for free online. The challenge here is nicely summarised with Chris Duncan, MD of the Times and Sunday Times, who forecasted that “no more than ten” global English language news brands can survive by paid subscription models.

The evil duopoly: Whilst Google may no longer use their old “Don’t be evil” mantra, as far as publishers are concerned, they have pretty much gone the whole hog and just removed the ‘don’t’.

With the above representing perhaps the biggest challenge to publishers revenue streams since the move online and away from print, it’s essential the publishers look at other options to hit their targets – cue affiliates.

Ziff Davis is a great example of a major publisher that has not only survived but thrived as a result of their transition to digital. In the mid-nineties, the company – which dates back to 1927 – was bought for $2 billion, heavily predicated on its strength in print. Fast forward to 2010 and the company was brought from liquidation at $27 million (not even 1.5% of its former valuation). Following this, the company shifted its focus massively away from print into digital and not just display – but into data and affiliate deals with the strategy that “Digital content companies cannot survive in display activity alone”.

As part of a wider strategy, this paid massive dividends, with a 2015 analysis putting Ziff’s value back at $2 billion.

Fuel to the fire

As other major publishers suffer continuing downwards pressure on display revenue, they are taking note of success stories like that of Ziff, and have been putting affiliate revenue very high on the list of strategic priorities. Skip to 2018, and all major publishing firms, from news through to lifestyle, now have dedicated affiliate people in-house and sales numbers are on the up.

As household publishing brands turn to affiliate, this will undoubtedly add fuel to the fire of an already growing industry, continuing to propel affiliate conversations to the fore of brands nationally and continuing to drive a change in mindsets and attitudes toward affiliate.

Directly relating to this, however, is more competition for established affiliates born in the affiliate age. As more people compete for the same size pie, the winners will be those that do what they do in the best possible way for the user – the simplest comparison experience, the best content or the highest cashback with the broadest coverage.

Lastly, good enough isn’t good enough – I foresee continuing (and growing) pressure on networks and merchants to offer gold standard reporting but also gold standard user experience. Having spoken to multiple major publishers over the past few months, there is a huge preference towards Amazon. This is almost entirely predicated on their breadth of product offering and customer’s affinity for them as a retailer (there are over 8 million Prime subscribers in the UK). Whilst Amazon has some fantastic benefits, there are concerns around comparatively limited tacking and the issue of them playing the role of network, merchant and (as of last year) publisher. In order for networks and brands to compete, the bar must continue to be raised all the way from the first click to a physical product arriving at the door.

Whatever 2018 and beyond holds, it’s certainly going to be another exciting year in affiliate land.