Is There a Limit to the Impact of Ads.txt for Media Buyers?

The IAB’s solution for helping to tackle digital ad fraud, ads.txt, is quickly gaining adoption. But does this humble text file placed on publishers’ servers really have a measurable impact on the issue? 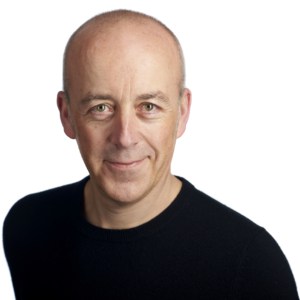 Advertising fraud has plagued the industry, with cracks in the system allowing fake suppliers to pose as bona fide publishers. According to surveys carried out for iotec’s recent Mobile Transparency Report, ad fraud is now the leading concern for UK programmatic marketers.

How can ads.txt help? Publishers host a text file containing a list of companies that are authorised to sell their inventory. This method of preventing ad misrepresentation could help combat ad fraud from the start, and the number of publishers adopting it has grown exponentially.

But how impactful can such a simple method really be? Can a text file really scale? And, with the method requiring adoption on buying platforms as well as sellers’, doesn’t ads.txt have some natural limitations?

Previous methods of addressing ad fraud made some inroads. Blacklists, whitelists, retrospective manual checks and a return to direct trading deals – these techniques found mixed success, because lists are not effective against domain spoofing and because they are often overly manual.

Ads.txt has the ability to scale precisely because it is so straightforward. Just look at how a parallel technique, robots.txt, has successfully allowed web publishers, using a text file, to control which search engines can spider their sites.

The recent rush of publishers to adopt ads.txt has encouraged buying and exchange platforms to follow suit. Doing so is in their interest.

For the sell side, it’s an opportunity. None of them want to be associated with any opaque practices. Advertisers, understandably, don’t want to buy any inventory that could be risky, and so are taking an active interest in pushing their platforms to provide them with assurances. This year, the expectation will be on these platforms to deliver on their promises – both blocking media from unapproved sources and excluding media from unauthorised publishers.

Adopting ads.txt is a low-cost way to do so, a no-brainer. I encourage all credible buyers and publishers to implement ads.txt as soon as possible because it is incredibly effective at reducing ad fraud and also simple to enact.

That being said, ads.txt is not the panacea to all these problems. There is still a small risk of some unauthorised or incorrect sources being allowed to sell spoofed slots. For instance, ads.txt can indicate that a particular channel is an approved destination, but the file does not distinguish between ad formats, meaning display inventory can be repackaged as video to command higher rates, for example.

The IAB is working to close the gaps. Ads.cert, an additional layer to ads.txt, signs bid requests using cryptographic signatures to validate the information that passes between buyer and seller – effectively showing who modified or added which variables in the ad impression opportunity at every stage.

However, fraudsters will continue to find different ways to defraud and new solutions will need to be developed to combat these.

But, as the ads.cert iteration shows ads.txt has for the first time, given us the foundational framework on which we can build the future of fraud detection.

It will become a default standard that quality publishers are likely to implement. The next stage is the adoption by other parts of the ecosystem; exchanges, sell-side platforms and importantly, the buy side who need to buy ads.txt inventory and recognise its value. Ultimately this comes down to those platforms and buyers taking a more considered view of the inventory they buy. We all have a responsibility here.

Paul Wright is the CEO of iotec. He has spent over 30 years in advertising, initially working at Sky in their first ad sales team. He has worked for multiple digital startups, including his own that was sold to Sky in 2006 and a video platform that was sold to Collectiv in 2011. He has worked for publishers (Bauer), tech companies (AOL), consultancies and advertisers. Previously, Paul was Director of International at iAd, Apple’s Mobile Ad Platform across Europe, the Middle East, India Africa and the Asia-Pacific. Prior to that, he was Chief Digital Officer at Omnicom Media Group. Paul is a passionate advocate of ethics and diversity in adtech and is a regular speaker and judge at industry events.