Header Bidding: Is It Still Useful In Programmatic Today?

The lack of transparency in the programmatic ecosystem has compromised the use and effectiveness of header bidding. 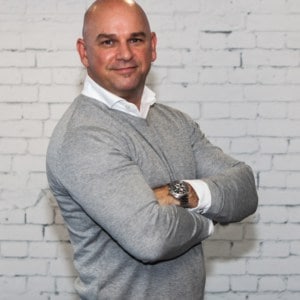 Reading the various header bidding growth reports over the past 12 months, one could be forgiven for concluding that header bidding has delivered on its promise of transforming the global programmatic market into an egalitarian utopia: a place where all buyers get a fair shot at winning the impressions they value most, and sellers finally earn prices that reflect the true value of their audiences. In other words, is header bidding on a path to becoming truly meritocratic? Well, there is proof of that fairness in the numbers: just this past November, PubMatic reported that “overall header bidding impression volume rose 220% YOY in Q3 2017, including a 252% YOY lift in mobile web header bidding impressions.”

Unfortunately, that vision of header bidding is still a unicorn: an ideal we envision but have yet to achieve. Its growth, which is indisputable, reflects a true desire to make the markets fair, but today’s reality is still far from the promise it’s supposed to fulfil.

What’s holding header bidding back? To answer that, we need to look squarely at the programmatic ecosystem, which is marked by an appalling lack of transparency.

Let me give you just one example. In the beginning, the open programmatic markets relied on second-price auctions, where the highest bidder won the impression but paid the price bid by the second-highest bidder. Buyers of all stripes designed, tested and honed their bidding strategies around second-price auctions to get the impressions they needed.

When header bidding came along — and with it, clarity as to who wins an auction in the hands of the publisher — some exchanges switched to a first-price auction. And why not? Publishers are eager to get the highest possible price for each impression (ahem, the premise on which header bidding is built). First-price auctions require a different bidding strategy, which is fine, as long as buyers know the type of auction in which they’re competing. And therein lies the problem: they don’t.

And as header bidding increased competition for the SSPs, they countered their revenue declines with new and confusing pricing structures, hidden fees and malleable floor prices. How exactly is a buyer to plan a bidding strategy if the SSP resets price floors after the bids come in?

These are just some of the transparency problems. The common economic theory states that without equal access to information, a market will be inherently unfair. Can we conclude that the current programmatic auctions, even with header bidding in place, are unfair? Absolutely, and the reasons outlined above are just the beginning.

In reality, many header bidding solutions are a hack, they are merely server-side integrations with exchanges on desktop. In the mobile app world, these hacks ignore a huge chunk of demand, specifically the buyers that compete via the app’s SDK in a waterfall auction. So much for increased demand driving CPMs to new heights!

The many hybrid solutions now on the market fall short of the header bidding promise of a simultaneous auction. They offer nothing more than a two-part waterfall that begins with an auction among exchanges and is followed by just a traditional waterfall. Can we assume that the competition between the exchange and mediated buyers represents a fair price? Not really, especially if a second-price auction is used. Let’s say that an impression garners a $9 CPM in the exchange auction. This now becomes a price floor that the mediated network on the waterfall must beat. Now let’s assume that within the mediated network there is a buyer that really wants that user for a high-value retargeting campaign, and is willing to bid $50. But further up the waterfall, it’s just an okay impression, and the second highest bid was just $8.90. In this all too common scenario, the issue is that it gives an unfair advantage to the marketplace (the header bidding auction) because it feeds the response from the ad network (the first one on the daisy chain that responds) as a floor price to the header bidding auction.

The road ahead: a programmatic-free market?

Of course, there have been some baby steps taken to address the inherent inequities in header bidding. For instance, the SSPs have announced that they will include the auction type in their bid requests. But one swallow does not a summer make. We still have a long way to go.

The de facto waterfalls now masquerading as header bidding are rigid and protectionist, and that may be by design. Header bidding promises a fundamental switch in power; publishers, not their proxies, get to determine to whom they sell their inventory. That switch upends the business model of many players, who, we are learning, are devising ways to stay in the game. But that’s not a winning strategy because it bucks the fundamental laws of markets. Transparency and equality sustain a market, not confusion and protectionism. We would be foolish to assume digital advertising is an exception to that rule.

To begin, the entire industry must set its sights on a truly single, simultaneous auction where all demand classes — bar none — have a first look at impressions. This is the only way that publishers can get the highest possible prices for their inventory, and buyers can win the users they value most.

Jonnie has been in digital media for 20 years where he has successfully run commercial teams for both publishers and technology companies. He joined Fyber in Aug 2017 as MD for UK and France and is responsible for delivering all revenue across both demand and supply sides of the operation as well as securing strategic partnerships with publishers and demand-side partners.  Jonnie was previously in charge of all Sales and Business Development at The Trade Desk where, over three years, he built a highly successful commercial team and played a key role in rapidly growing revenues whilst establishing them as a market leading DSP across Europe, Nordics and the Middle East.