Why We Need to Play Czar with Ad Quality, Not Whack-a-Mole

If you were the omnipotent czar of the ad tech universe, how would you solve the problem? 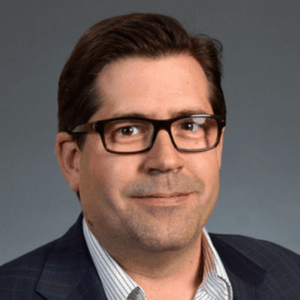 Poor ad quality continues to damage our digital landscape. This isn’t a new problem: anyone who was browsing the web a decade ago remembers punch-the-monkey ads and noxious solicitations for belly-fat cures.

But as our usage of the Web – and now mobile apps – has evolved, so have the nuisances and threats. In-banner videos steal your attention and drain your battery, mobile app-store redirects disrupt your browsing experience, data-eating ads on news sites can gobble up as much as 79% of users’ mobile data. While there are plenty of reputable, high-quality advertisers that rely on programmatic, there are also way too many bad actors whose aggressive and inappropriate behaviour risks spoiling the ecosystem – just look at how bad ad experiences reportedly drive adoption of ad blockers.

As an industry, we created an environment that allowed this kind of misbehaviour to proliferate. As an industry, we need to solve it. It’s time for us to stop playing whack-a-mole and work systematically to build a better experience – one that respects both end users and the content and app developers that depend on ads to monetise their efforts. But how do we do that?

Let’s indulge in some speculation. If you were the omnipotent czar of the ad tech universe, how would you solve the problem – that is, construct the rules of the game to lead to a more satisfying outcome? What technical standards and economic incentives would you establish to dis-incentivise lousy behaviour and reward best practices while continuing to support openness and innovation?

I have some ideas. My claim is not to have any silver bullet – in general, I don’t believe in silver bullets – but instead, I hope that by catalyzing the conversation, we can alter our trajectory and pursue a better future than we have today. Consider this a conceptual first draft that could be rewritten entirely for the better by the collective contributions of the ad tech ecosystem.

One way to rewrite the rules is to hold ourselves to higher technical standards and to think clearly, and early on, about how innovative technology could be abused – and then protect against those threats up front. Ad tech, like the Internet itself, was born out of a presumption of trust. Did anyone foresee the possibility that ads might be used to deliver cryptocurrency-mining scripts that would steal your CPU cycles?

One of the strongest tools to protect against malicious behaviour is whitelisting – in its most general sense, specifying that only certain behaviours are allowed. It’s unlikely you’ll be able to enumerate and defend against every possible way bad actors could abuse a marketplace, so as a general principle it’s far safer to specify what is allowed rather than what is not.

In the case of ad quality, whitelisting could look like a restricted markup language that doesn’t provide all the flexibility – and potential for abuse – that full-blown HTML and JavaScript do. For example, ad markup could be limited to a subset of safe, verifiable tags; this is how commenting systems on many blogs work.

On a tactical level, HTML and browsers could be constrained so ads cannot force, say, full-page redirects without user interactions. (Fortunately, this is already possible in mobile SDKs).

Incentives matter – just look at how companies use Salesforce compensation to drive particular behaviour. But in the ad tech world, we haven’t always thought about how to align economic incentives across the ecosystem to reward the good behaviour and restrain the bad. Bad ads impose what economists call “negative externalities” – that is, the cost of the bad behaviour is borne by someone else. Pollution emitted by a factory is a classic example of a negative externality. So is a dog owner who lets his hound poop on the street. Did I just compare malicious ads to dog poop? Indeed.

So how could advertisers and buyers be made to bear more of the cost of misbehaviour? Some traditional industries anticipate the possibility of future bad behaviour and make entities post a bond. Could this work in ad tech? Imagine if buyers with a poor track record had to set up a fund to pay potential claims for misbehaviour. Alternately, there’s the lending or insurance model: what if buyers had pay a surcharge to cover the possibility they might cause damages or abuse trust, much as bad drivers pay more for insurance and borrowers with poor credit pay higher rates on a mortgage? Entities that showed themselves over time to be capable of polite, reasonable behaviour would have access to inventory on better terms. The ad-tech equivalent of a subprime borrower could be deterred by a prohibitive cost of doing business.

Quality products come from cultures that prize and demand quality. As omnipotent czars, we’d ideally be able to define and propagate cultural norms and rules of conduct and our digital citizens would follow suit. Unfortunately, cultural norms depend on a shared culture, public reputation, and a certain amount of self-policing. In the ad tech ecosystem, there are too many entities to establish a uniform culture. Often anonymous for all practical purposes, and geographically distributed, they’re transacting by machine, with intricate chains of supply and demand, at immense scale and in fractions of a second. But that doesn’t mean that we can’t all call out the bad behaviour we see, applaud the positive ones, and help each other establish a higher overall level of trust in this worldwide ecosystem.

Early on in my career, I had a manager suggest treating ethical questions as if your decision would end up in print on the front page of the New York Times or the Wall Street Journal. Would you still choose a particular behaviour if you’d be subject to that kind of public scrutiny? Or would you choose to do something a little more honest, more transparent, more supportive of the common good?

I can imagine plenty of reasons why none of these suggestions might work. Certainly, in reality, we aren’t all-powerful czars of the ad-tech universe – but we are all participants, and we can all do our part to influence our immediate surroundings and our industry peers. And for the sake of the long-term health of our ecosystem, I’d urge us all to be conscious of how we can leverage technical standards, economic incentives, and culture to build a better future for our industry.

As VP Engineering, Marketplace Quality & Security for Rubicon Project, John Clyman is responsible for the quality and safety of the company's digital advertising marketplace. He oversees policy, products, and technology related to inventory and traffic quality, fraud protection, ad quality, malware protection, viewability, and other areas essential to providing a trusted, transparent marketplace. John joined Rubicon Project in 2010 with the acquisition of SiteScout, a pioneering anti-malvertising company where he was co-founder and CTO.