The Impact of Influencer Marketing and the Rise of Micro-influencers

It’s essential that brands ensure their campaigns are appealing to a variety of micro-influencers that can offer a range of messages to relay to audiences. 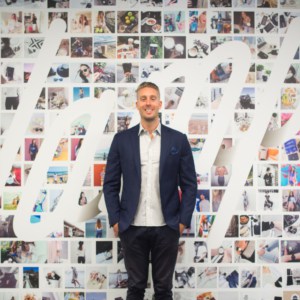 As 2018 brings new targets and potential opportunities for businesses in the advertising space, it’s clear that Christmas 2017 lived up to its reputation as being one of the most competitive, and therefore expensive times of the year for brand advertising, in which marketers were tasked with solving the annual question of how to efficiently spend their budget over the festive period.

There’s no hiding the fact that influencers are now an integral part of the marketing mix for brands wanting to create high quality content and appeal to their target audience, ultimately helping to generate sales. Influencer marketing presents a unique opportunity for cost-effective advertising that was none more apparent than during the festive season, with half of UK young adults making purchases directly promoted by an online influencer.

A study by affilnet found that UK consumers aged between 18 – 30 were five times more likely to purchase something promoted or reviewed by an influencer. This supports the trend of consumers  increasingly turning to social news feeds for gift ideas, with 49% of global surveyed shoppers agreeing that Facebook and Instagram are extremely influential, when it came to shopping during the festive season.

The influence of such platforms reflects the upwards trend in global purchasing conversions made on mobile devices, surpassing those on desktop globally for the first time in December 2016 with 53% of conversions reported through handheld devices. Furthermore, nearly 40% of global surveyed shoppers agreed that when it came to the festive shopping season, their mobile device allowed them to make a more informed purchasing decision. This could be due to the influence of social media news feeds that include convenient shopping ads, allowing for an easy click-through-to-purchase option.

In an age where consumers prefer to make their own purchasing decisions, influencers are quickly becoming the most powerful word-of-mouth marketing tool for brands. As a result, 92% of consumers are turning to the people they know for referrals, above any other source, generating twice the sales of purchasing through paid advertising. With this in mind, it’s essential for brands to understand and identify the right influencers for their target consumer that will generate the highest return on investment.

The rise of micro-influencers

82% of purchasers take recommendations from their favourite micro-influencers, according to research from Experticity. These can have an extremely high impact on marketing campaigns, thanks to the content they create, how they are trusted among their followers, and how they are not limited to one subject area. They can be found across a range of different verticals that can impact a customer’s decision, including food, travel, beauty and homewares.

Originally developed on Instagram, micro-influencers, with a following up to 100k, have been known to drive eight-times more engagement than celebrities do, due to a more intimate and trusting relationship with their followers. They are increasingly targeted towards a preferred audience; for the cost of one celebrity influencer, you can work with five micro-influencers who really get to the heart of the desired target market.

Many brands interpret big numbers to mean big results, with no consideration for whether they’ll be able to generate good, engaging content. Brands who operate on big budgets can work with a small handful of celebrity influencers with an individual following of over 250k+, but a call to action is much less persuasive when it’s directed at a large audience, and this persuasion continues to drop as the audience size grows.

With influencer marketing being the fastest growing and most cost-effective channel for brands wanting to promote their goods and drive sales, it’s essential that brands ensure their campaigns are appealing to a variety of micro-influencers that can offer a range of messages to relay to audiences.

Influencer marketing agencies can be extremely cost effective by ensuring a brand’s campaign is integrated across paid and owned media, helping to maximise value from their spend and reinforce existing conversations that influencers have started. Brands have missed opportunities when they’ve simply tried to tick the influencer marketing box, with no consideration of how content generated by influencers can serve alongside their wider marketing strategy.

As a result, a carefully managed and executed influencer campaign can extend your reach and build a wider audience, with the best recruited influencers, which is ever-more crucial for 2018 and a growing commerce calendar.

Aaron Brooks is the co-founder of Vamp, a successful digital startup that helps brands better connect with quality social influencers. Aaron launched Vamp in 2015 out of a desire to strengthen the relationship between brands and influencers and has since dominated the influencer marketing space in Australia, Singapore, Hong Kong and Dubai. More recently, Vamp launched into the UK and US markets.