Why Advertisers Need to Rethink the Metrics to Provide Brand Value 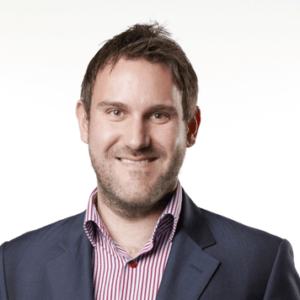 Man first started standardising measurement of distance around the third or fourth millennium BC. Peoples in Egypt, Mesopotamia and the Indus Valley had the cubit, the length of the forearm to the tip of the middle finger, as their primary unit. The challenge of using this system was different individuals had slightly different lengths of their cubit. For example, the Babylonian cubit was 50.3cm whereas the Egyptian cubit was 52.3cm (nearly a 4% difference). It took hundreds of years to standardise measurements, though even today the US and UK operate in yards and miles, whereas much of the rest of the world adopts the metric system of kilometres.

Fortunately, the measurement of digital advertising has evolved at a much higher rate. There is no one-size-fits-all approach which is usually associated with more traditional media such as TV or press. Over the last few years a plethora of new metrics have emerged to accompany changes in how we value interactions with our ad formats: CPE, vCPM the list goes on. However, marketers need to ask which metrics bring the greatest value to campaign measurement and buying especially when using video formats?

Cost per impression vs viewable CPM

The original formalised trading metric, cost per impression (CPM), allowed marketers to manage budgets by being in control of how much they spend per impression delivered, but they aren’t able to gain any insight into if this impression had actually been viewed. With average viewability of ads dropping to below 50% this created a severe problem.

It is over three and a half years since the MRC released its ad impression measurement guidelines. Although many UK agencies seem to have settled on asking that 50-70% of a campaign is viewable, this remains a benchmark rather than a way in which we trade digital media. However, we are now seeing several brands, via their agencies, briefing that they only want to buy on a viewable CPM (vCPM) or cost per engagement (CPE). This is a seismic shift for our industry and whilst it puts pressure on vendors to deliver quality, brands and agencies are prepared to pay.

By trading on i.e. only paying for, a vCPM, brands can ensure that 100% of their ads were in view and thus a user had the opportunity for their message to be read and understood. With many brands developing their own definition of viewability, everything from the MRC standard through to 100% of the ad for 3 seconds, they can dial up their expectations, and the cost, as they wish.

However, research by Lumen shows that even if an ad is viewable there is no guarantee that people are looking at it. Their eye-tracking research shows that just 4% of display ads get more than one second of attention. By buying only ads that have been engaged with (CPE) the benefits are plentiful. A lower number of engaged users is clearly more beneficial than a higher number of passive, uninterested users, or users who may have seen the ad, but had no interest in it due to a lack of relevance. CPE overcomes both challenges. For a user to engage with the ad, it has to be viewable and if it is engaged with, then the user has given the ad active attention.  This is key for advertisers, as we know from our time at school, if you sat in a lesson letting it wash over you, you learned very little. But those that interact (or engage) memorise and learn much more.

What’s next for digital buying?

We are at an interesting point in the evolution of digital buying. Clients want greater transparency in their programmatic buying, however they equally only want to pay for results, e.g. viewable impressions or engagements. Consequently, there is a great opportunity for vendors like Exponential. Our full stack buying technology and strong creative execution (VDX), can be allied with our willingness to take on the risk in buying, and sell only viewable and engaged impressions. Both sides of the market will win in this scenario and long term we will deliver a better user experience for the consumer.

Nick King is UK Managing Director of Exponential, a global provider of digital advertising solutions. He is responsible for leading the UK’s commercial team through day-to-day operations with a focus on its long-term growth strategy; pursuing new business opportunities, partnerships and initiatives. An industry veteran with over 15 years’ experience, King has held a variety of leadership roles within both publishing and ad tech companies, including running the Yahoo Ad Exchange platform across EMEA.