The MD of integrated media strategy at communications agency Weber Shandwick, Danny Whatmough comments on what we know about the Facebook News Feed algorithm tweak. 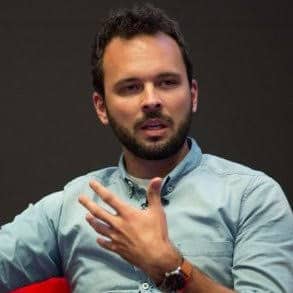 Every year Mark Zuckerberg challenges himself (publicly) to do something new. In previous years, he’s built an AI interface for his home and learned Mandarin. This year he’s refocused on Facebook itself, promising to protect the community from abuse and hate, defend against interference by nation states, and make sure that time spent on Facebook is time well spent.

Having been stung by public critiques of the network over the last 12 months, Zuckerberg has a personal mission to uphold the reputation of the network.

The algorithm update that Zuckerberg announced through another personal post last week is the first signal of meaningful change here. The algorithm will be changed to prioritise posts from friends and content that sparks comments at the expense of content from news outlets and brands that don’t trigger a conversation.

This means users will see more from friends, family and groups. And, in Zuckerberg’s words: “you’ll see less public content like posts from businesses, brands, and media.”

So why is Facebook doing this? The network has received very public criticism recently across a range of issues including fake news. This move is part of a concerted effort to begin to step change the reputation of the platform.

As Zuckerberg says: “One of our big focus areas for 2018 is making sure the time we all spend on Facebook is time well spent. We built Facebook to help people stay connected and bring us closer together with the people that matter to us…

“Recently we’ve gotten feedback from our community that public content – posts from businesses, brands and media – is crowding out the personal moments that lead us to connect more with each other.”

During Facebook’s Q3 earnings call Zuckerberg said that “Protecting our community is more important than maximising our profits” and this has now been immediately translated into significant changes to the platform: “I’m changing the goal I give our product teams from focusing on helping you find relevant content to helping you have more meaningful social interactions.”

It’s always tempting to rush into changing your approach when Facebook tweaks its algorithm, which it has done many times before. The reality is that we won’t know exactly what this change will mean until we’ve been able to test it in the weeks and months ahead and look at what the data says. From what we do know, it seems this shift will have the greatest impact on media publishers and especially any businesses or organisations that are still publishing content organically.

This is yet another reminder, if any were needed, that Facebook is now primarily a paid targeting platform. A sophisticated brand approach to Facebook with strong channel, targeting, paid media and content strategies remains well positioned to weather all the anticipated and continuous trend of Facebook algorithm changes that diminish brand organic reach.

Paid advertising will see little or no impact from this change. The Facebook advertising auction already exists to optimise for user value – relevancy is a very key part of this. None of this needs to change.

But there is an additional opportunity for brands – it is likely that content that truly engages and sparks debate will be rewarded – again, it remains to be seen how significant this will be.

We live in an era of engagement. Push advertising is radically declining in effectiveness across all major channels. Marketers need to take an earned media approach to the content they create. Even if paid media is the eventual distribution vehicle for content, if it has the power to engage, then it will perform far better because it has intrinsic value for the end user.

A senior digital marketer specialising in social media, Danny is Managing Director at Weber Shandwick - one of the world's largest communication agencies working with brands including Unilever (All Things Hair), Nestle (Nespresso, Purina), Electrolux (AEG), Motorola, Lenovo, Vauxhall, Wickes, Ocado and the Mayor of London. Danny has previously headed up social and digital work for Proctor & Gamble at Ketchum - covering 14 different P&G brands. He is also Chair of the PRCA's Digital Group, a member of the PRCA Council and sit on the AMEC social media measurement committee.