How Smaller Affiliates Can Disrupt in a Competitive Market

Dragons' Den victor Deepak Tailor, founder of LatestFreeStuff.co.uk and LatestDeals.co.uk, shares his experience for diversifying and disrupting in the affiliate space. 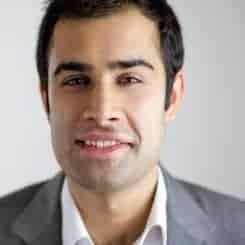 It can be hard for smaller affiliates to disrupt a competitive market. Big established players have entire teams focused on search-engine optimisation, pay-per-click advertising, branding and more. Where you can’t out-muscle them, try to out-manoeuvre them.

For example, is there a platform where they are not as active? Do they have an active Facebook Page, Facebook Group, Twitter, Instagram, SnapChat, WhatsApp Broadcast, Android App or iOS App? Focus on a platform where there is less competition so you can establish yourself and reach a new market.

LatestDeals.co.uk created the UK’s first Black Friday App. It trended on the Apple iOS Store and became #8 most downloaded shopping app. There were no other deal apps for Black Friday on iOS. The big established player in our market had missed this low hanging fruit. Don’t compete head-on, go around them.

How to drive innovation in a competitive market

Look at your competitors and ask, how can I do it better? An easy win is to be more personable. It’s harder for big companies to put across a single point of view or a personal brand. As a smaller, perhaps individual, affiliate, you have that option. Social media lets you connect with your audience. Write as yourself, do Facebook Live videos, host question and answer sessions. People will start to give value to your brand because it’s you.

Plus, big organisations are often held back by ageing technology. Ask yourself, can you make a similar service faster or simpler? For example, the design of your site, speed of your servers, accessibility to customers. You don’t have to re-invent the wheel. Doing the same thing better and faster is enough of a business plan to grow.

How to diversify your marketing to spread the risk

Over the last few years, I’ve seen the rise of ‘social affiliates’, people with large Facebook pages in particular. They’re able to command waves of viral traffic and earn large affiliate commission as a result.

A problem with this approach is that it relies completely on Facebook’s algorithm. The social media giant recently announced it was testing the removal of Facebook page posts from the News Feed. Media organisations affected reported an 80% decline in traffic, with profit warnings quickly following.

Large established players may be able to solve this by paying their way to the News Feed, but for smaller companies with zero marketing budget, that is not an option.

Small affiliates may feel overlooked or overcome by the size of the giant set upon them, but you should also see it as an opportunity. You can run around them to pick the low-hanging fruit, you can be faster and make things simpler, and you can diversify your marketing to create a long-term successful business.

Deepak is the founder of LatestFreeStuff.co.uk and LatestDeals.co.uk. He has over 10 years of experience in the digital marketing working to build his own innovative and disruptive websites. He has featured on the BBC show Dragons Den, successfully pitching and getting 3 offers from the dragons. Deepak has also recently chosen as one of the top 50 industry players in the performance marketing industry 2017.