Mobile Advertising’s Full Potential in an Age of Ad Accountability

Recent talk within the mobile space has predominately focused on the launch of the new iPhone X – hyped as the ‘future of the smartphone’ - and can we really blame them? 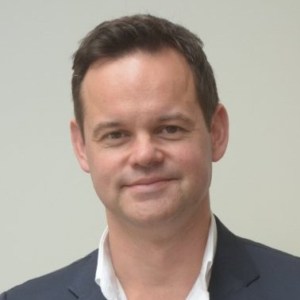 So with the latest iPhone due to launch at the end of this month, and UK mobile ad spend predicted to skyrocket to almost £7 billion – accounting for more than a third of the country’s total ad spend – it can’t be denied that consumer impact is crucial for the mobile industry, but we need to be talking about the more practical business of mobile advertising to ensure marketers are set to fully tap into the unfulfilled potential across the mobile space.

The unique nature of mobile

Considering the amount of time today’s consumers spend on their smartphones – average mobile media consumption in the UK is predicted to reach almost three hours a day this year – they are still surprisingly unwilling to waste even a few precious seconds.

Mobile users are often multi-tasking on the move and tend to pick up their device with a specific task in mind. They are highly intolerant of anything that prevents them achieving their goal, especially disruptive ads that monopolise their screens, take too long to load, or block them from getting the content they require. Although it is clear ads designed for desktop simply won’t cut it in a mobile-first world, some app developers and publishers still insist on running full screen, intrusive formats users can’t escape from unless they click – which is then misleadingly counted as engagement. So when we consider challenges in the mobile advertising industry, we’re essentially magnifying those that impact the wider digital advertising industry – viewability, brand safety, and ad fraud.

The digital ecosystem is often described as fragmented, but nowhere is this more obvious than with mobile. There are numerous different devices on the market, running a variety of operating systems, each of which has multiple versions running concurrently where upgrades have not been performed. In addition, the mobile space spans two distinct environments – mobile web and in-app – considerably increasing its complexity.

There are many different channels across which mobile advertising can be delivered – from video to social – and spend is often concentrated in walled gardens. Nearly 67% of Alphabet’s digital advertising revenue and 87% of Facebook’s ad revenue can be attributed to mobile. Many of the walled gardens have their own ad formats and processes, meaning it’s more complex to efficiently measure mobile inventory. This can impact the transparency of a mobile campaign’s performance – ultimately affecting efficient purchase decisions across multiple platforms and channels for future campaigns.

The mobile ecosystem isn’t immune to calls for accountability and transparent reporting from the wider digital advertising industry, where advertisers are demanding clarity on where their money is being spent. Walled gardens are beginning to open themselves up to third-party verification, which is a great step to ensuring the longevity of mobile. However, the industry is not yet doing enough to tackle fragmented delivery in a seller dominated market. That is the biggest elephant in the room.

As the industry moves towards consumer-based measurement – understanding the impact of an ad on the customer journey – it is essential to ensure there are consistent media-based metrics available in all mobile environments, and viewability is one of the more pressing.

The Media Ratings Council (MRC) guidelines for mobile viewability, which state 50% of the ad must be in view for one second, apply to both mobile web and in-app. While mobile web viewability can be measured using a JavaScript tag (as the ad container in which the ad renders “speaks the same language” as the web browser), measuring viewability in-app is more complex. In the in-app environment the ad container does not “speak the same language” to the rest of the app environment, and in fact can be multi-lingual. For example, the ad can be in-view inside the container but the container itself may be out of view. Establishing true viewability in-app is challenging, often requiring both an SDK and JavaScript tag.

Significant progress is now being made in attaining uniform viewability measurement across all mobile environments. With the Open Measurement Working Group (OMWG) creating an open source SDK that will allow accurate and consistent viewability measurement, without the need to integrate multiple vendors SDKs. The OMWG will also make it easier for the walled garden players to work with independent measurement and verification companies with a single code base. In addition, OMWG will power the viewability components of MRAID, VPAID, and VAST, further allowing for consistent measurement.

Despite ongoing challenges, the mobile advertising ecosystem is now in a phase of rapid progress, with a push towards industry-wide metrics and verification making mobile more accountable. With escalating ad spend and a new spirit of collaboration and transparency, we might start tapping into mobile’s full potential.