Could Blockchain be the Key in Driving Creativity in Programmatic?

At every trade show, there’s usually one subject that gets brought up by industry pros in multiple talks and discussions. This year's dmexco show in Cologne was no exception as it saw digital advertisers largely focus on why ... 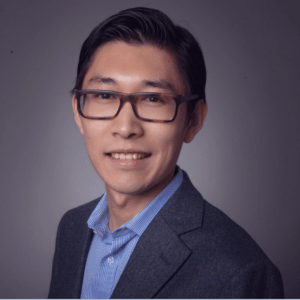 At every trade show, there’s usually one subject that gets brought up by industry pros in multiple talks and discussions. This year’s dmexco show in Cologne was no exception as it saw digital advertisers largely focus on why brands need to focus on creativity and personalisation with data, now more than ever, in order for advertising to appeal to its customers.

The need for creativity in advertising has become a sudden interest point due to two main factors – big data and disruptive technology.

More data has been created in the last two years than in the entire history of the human race, leading to brands and advertisers having a more intrinsic understanding of their customers. Using this data creatively is essential, as digital continues to grow.  Consumers are becoming savvier to traditional advertising methods, and they are beginning to switch off from tried and tested methods such as television and billboard ads.

New and trending technologies have recently been touted as a way to deliver this demand for creativity when it comes to utilising this data; with solutions such as wearables, IoT (Internet of Things) and augmented reality, with their interactive capabilities, often cited as one way to create campaigns that really think outside the box.

Programmatic advertising, in particular, is looking to utilise these as the industry finds it needs protection from stagnation, especially as this ‘new method’ of advertising has now been around for over ten years. It’s also a prime target as it has a multitude of platforms such as computers, mobiles, now even televisions, and it is easier to be creative within programmatic advertising compared to traditional, due to the easily accessible personal data collected from consumers. With this – and the added factor of new technologies working particularly well on programmatic platforms, a triple threat is beginning to brew, that could potentially change the face of advertising as we know it.

However, with these developments set to change the programmatic advertising landscape so quickly, could progress be halted by pre-existing issues that still plague programmatic. Solutions to rife problems surrounding fraud and transparency continue to pop up all the time, but can they handle the magnitude of such fast adapting change. Perhaps the solution to this is another big tech trend to come out of 2017. One that wasn’t mentioned so frequently at dmexco – Blockchain.

Usually associated with the technology underpinning cryptocurrency and now known for revolutionising security in many sectors, blockchain can eliminate many of the challenges faced by the advertising industry, like ad-fraud and lack of transparency over ad-spend. This has led to a rise in blockchain integration across the sector and particularly amongst programmatic platforms. By creating immutable timestamps of each transaction, blockchain will protect the highly personal data of consumers when sharing or storing internally or externally, leading to reduced fraudulent activity as well as data breaches.

Advertisers using the solution will also be able to see in real-time exactly when and where their budget spend is going and when meaning a higher transparency in an area this has lacked in the past. This has been a highly debated issue with big brands, For instance, a recent case saw FMCG giant Unilever threaten to cut back its digital ad spend, due to fears over transparency calling it ‘a murky landscape’ and refusing to back down unless ‘the system is cleaned up’.

Despite its clear potential to make advertising more secure, it is perhaps hard to directly associate blockchain with creativity; it has no visual aspect, and no functions you can interact with. This will have undoubtedly generated a preconception amongst some advertisers that blockchain cannot serve any purpose which immediately increases their capacity to generate new and innovate ideas. What it can do, however, is create an environment of ‘easy advertising’, with users having to spend less time focusing on finding solutions for ad-fraud and transparency issues and freeing up more time for creatives to concentrate on being creative.

On its own merit, blockchain technology will not be known as the solution to making programmatic more creative. Yet, as its presence grows within programmatic advertising, I predict that blockchain technology will increasingly lend itself to driving creative thinking within the space, by offering a level of insurance and security that the industry is desperately in need of, in order to build the trust cycle for the real innovation and personalisation to begin.

Zheng Zhang co-founded ad-tech company EnvisionX in September 2014 to address the need for a next generation marketplace which connects buyers and sellers of global advertising products. Prior to founding EnvisionX, Zheng was the Global Director of Product at StrikeAd by Sizmek. He also graduated from three top UK universities, University of Bristol, Imperial College and UCL.