How Influencer Marketing is Learning a Lesson in Transparency

The pros and cons of influencer marketing and its impact on consumer connections. 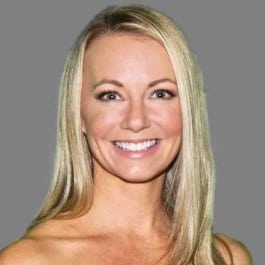 Influencers. From foodies to mommy bloggers to beauty gurus, this new breed of consumer has become extremely powerful. According to eMarketer, the influencer-drawn revenue on Instagram in 2016 was more than $570 million.

Influencers are so highly sought-after by brands because human recommendations boost credibility, visibility, and loyalty. Rather than shoving banner ads and pop-ups in consumers’ faces, brands are able to create personal connections with shoppers.

Unfortunately, nothing gold can stay. As influencer marketing has grown, it’s begun to carry a stigma. Brands and influencers alike have become giddy with power and started to take advantage of consumers’ trust.

The downside of influence

When something keeps growing, there’s always going to be someone threatening to put a pin in it. For influencer marketing, that pin is deceptive promotions. With the proliferation of camera phones and social media profiles, individuals now have the power to communicate with masses of people in seconds. These tools also make it easy to create false public appearances.

And it’s not just the obvious scammers and other criminals that consumers have to worry about. It’s the subtler issue of influencers and brands pushing products under the guise of journalism or personal posting.

Last year, for example, fashion brand Lord & Taylor came under fire from the Federal Trade Commission for paying influencers to post about its dresses online without explicitly flagging these posts as paid advertising.

Diminishing trust is bad for business

In Lord & Taylor’s defense, the rules around influencer marketing have been murky at best. As social media grows into its adolescence, regulatory bodies such as the FTC have a responsibility to combat opportunists stretching their good faith with consumers.

While the harm to consumers caused by this disguised advertising may seem minimal, celebrities and other influencers are frequently exaggerating or even making false claims about products, creating a culture of deception in which the consumer is getting ripped off.

As a result, it’s become harder for consumers to trust what they see and read. The age of internet innocence is over, and consumer cynicism is bad for business. Ethical brands are suffering because they’re being tarred by the same brush as deceptive marketers.

Paving the road to transparency

The industry’s next challenge is to dismantle deceptive marketing and build transparency into the way it does business. Consumer education is by far the best way to improve transparency in all aspects of e-commerce and online marketing.

Online shoppers and surfers need to be able to decipher the good from the bad and the transparent from the deceptive. We need to teach buyers what a real, honest campaign looks like and how to detect a sham. This means promoting unbiased product reviews and testimonials and empowering the buying community to educate each other.

Compliance departments must be empowered to enforce. It’s up to online platforms and regulatory bodies to drill down on bad behavior. That includes holding vendors to a minimum standard for product descriptions. It means bolstering compliance departments so only high-quality products practicing good ethics can get access to consumers’ news feeds.

Influencers’ role in the fight for transparency

At the same time, just as a bookstore can’t read every page of every book it sells, affiliate platforms cannot review the code of every product, nor can they be expected to keep up on other platforms’ terms of use or documentation. Influencers must also take responsibility in educating themselves and ensuring their usage of products is compliant with any social media or third-party platforms on which they’re promoting them.

Case in point: In April this year, the influencer marketing industry suffered its first major disaster. The Fyre Festival was billed as a luxury getaway and endorsed by celebrities and influencers alike. But it broke a fundamental tenet of the FTC guidelines — influencers had no material connection to the product they were endorsing because there was no material product to speak of.

As the industry rebuilds from this disaster, it seems that brands, platforms, and influencers are learning lessons. For example, Instagram is building a paid partnership tool into its platform, setting its course for better transparency.

We must hold each other accountable on social media. We all have a part to play in making the internet a more socially responsible place. We can call out shady dealings. We can post honest reviews and testimonials. We can use our influential power for good. Leadership is not just about ability — it’s about responsibility.

The modern shopper hops in an uberPOOL without a second thought. She books a night’s stay in a stranger’s spare room on Airbnb. And she turns to her favorite YouTuber to determine which brand of lipstick to buy next. Trust is the currency of today’s economy — and if you can earn it without any shenanigans, you’ll see the positive side of influencer marketing.

Laura Casselman is the CEO of JVZoo.com, an online software solution that allows sellers to create an instant affiliate program for their products on blogs, websites, and online forums. Inc. magazine rank JVZoo.com No. 3,735 on its 2017 Inc. 5000 list — the most prestigious ranking of the nation's fastest-growing private companies. Laura has 16 years of hands-on experience in successfully growing sales and revenue, improving customer service, and aggressively controlling expenses in competitive market environments.