How the IAB Will “Synch” Advisory Groups to Promote Cross-Collaboration

Ahead of the Internet Advertising Bureau UK's (IAB) partnership with PI LIVE next week, senior industry initiatives manager Mike Reynolds shares the group's aims for its advisory groups, which includes efforts to push performance marketing into the "wider ... 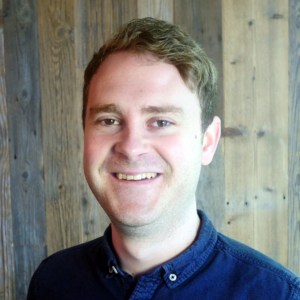 Ahead of the Internet Advertising Bureau UK’s (IAB) partnership with PI LIVE next week, senior industry initiatives manager Mike Reynolds shares the group’s aims for its advisory groups, which includes efforts to push performance marketing into the “wider mix”.

One of the things I like the most about working in the digital industry is how it’s innovative, dynamic and fast-moving.

Like the industry it supports, the IAB constantly evolves, and this has been particularly pertinent over the last year, with a new leadership team strategically designed to better engage and serve our members, headed by our chief exec, Jon Mew.

Simultaneously, digital has increasingly fallen under scrutiny, which is not unexpected given its proliferation of scale – digital represents a 48% share of all media spend in the UK.

Being a commentator and sharing consensus has helped the IAB reassert the positivity of digital in the past, but with new leadership comes a new priority to build a long-term future for digital advertising that works for everyone.

In fact, Jon announced this new positioning at Engage, our flagship conference held on October 18. A summary of the event can be found here and building off our initial announcement, I’d like share with you what it means for the Performance Marketing Council and the other industry councils that we run at the IAB.

One of the changes we recently implemented was to bring the IAB’s industry groups (the keen-eyed among you will notice I have replaced the term ‘council’ with ‘groups’) under one team – streamlining our approach and making it easier to plan and deliver cross-discipline projects and initiatives. To signal this change, we have moved away from labelling the groups ‘councils’ – instead, calling them ‘advisory groups’, which sounds a lot less like you are involved in local government and better reflects the role of each group.

So, what does it all mean to the IAB’s advisory groups moving forward? That’s a question I’ve been asking myself for the last few months and, as such, have taken a three-stage approach.

Phase One: Define the purpose of each group, from Audio and Content & Native to Performance Marketing and Mobile.

Our new mission – bring the industry together to collaborate on projects and initiatives that help sustain and grow the digital advertising market – which will be achieved through education, collaboration and steering.

We also have unique objectives for each advisory group. For performance marketing, it’s to absolutely lead the charge with educating the industry about affiliate and lead generation opportunities and to establish the role of performance marketing in the wider media mix.

Phase Two: Make the groups an extension of the IAB’s new vision

We firmly believe it is our unique ability to bring people together to achieve things that they might not be able to do on their own – such as educating advertisers about how to use digital as part of their marketing strategies, the embodiment of which is the outputs of the advisory groups.

The advisory groups will tackle the most pressing issues over the next 12 months. We’ve spent a lot of time listening to our members about the challenges and opportunities facing digital, and have boiled it down to four main areas: Data (including measurement and attribution), User Experience (driving creativity), Innovation (highlighting exciting new tech and preparing business for the future), and Trust (addressing the big issues).

Whilst advisory groups have worked in silos previously, moving forward each group will be synched more effectively to develop strategic outputs based on these four key themes.

I’m excited about the year ahead and looking forward to working with the advisory groups to deliver impactful projects which deliver on our mission. The proof will be in the pudding!

Mike and his team bring the industry together through different IAB advisory groups to collaborate on projects and initiatives that help build and sustain digital advertising. He focuses on providing education, understanding, critical insights and strategic support to top advertisers, agencies and media owners on how they can use digital as part of their marketing strategies to reach and wow their customers.