Are Programmatic Brands Turning to Native for Safer Advertising?

With native advertising on the up, are brands turning away from programmatic for a 'safer' option? 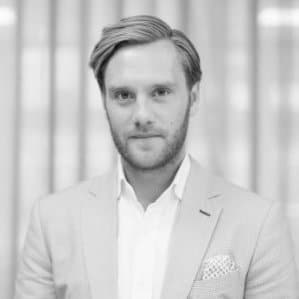 Since The Times newspaper revealed big brand ads were effectively funding extremists through YouTube advertising earlier this year, brand safety has soared to the top of the priority list for most media buyers.

Programmatic – the mechanism by which these ad placements are traded – has taken the brunt of the responsibility as advertisers blame the lack of transparency in its associated media supply chains. Despite the work of groups, such as the Digital Trading Standards Group (DTSG) and the Joint Industry Committee for Web Standards (JICWEBS), trust in programmatic – notably with open market – has plummeted and brought distrust from advertisers, and rightly so.

Now the results of a Media Radar study have quantified brands’ resulting hesitancy over automated media buying, exposing a 12% decline in the number of advertisers buying ads programmatically. But the study also reveals another telling trend; a sharp increase in the use of native advertising. With a 74% increase in the number of native placements bought between the first quarter of 2016 and the first quarter of 2017, it is clear brands are increasingly turning to native as a trusted, brand-safe environment, so long as they choose the right partners.

So, what is it about native that makes it a safer option for brand advertising and how can advertisers make the most of this format?

Native advertising is a contentious subject in the marketing world, with some feeling it misleads consumers. There is a view native allows advertising to masquerade as genuine editorial content, which could be off-putting for audiences, but in fact, a BBC Worldwide study indicates users are actually very receptive to content-led marketing if brands are open about their involvement from the start. As long as it is clearly labelled as sponsored or paid for content, native advertising is – by its very nature – a safer option for brands compared with standard ads.

Native advertising is designed to adapt to the environment in which it appears, allowing it to blend in seamlessly with publisher content. Publishers who use native advertising care about the user experience, and are looking for valuable, non-intrusive ad formats which enhance the user’s perception of their website or app. These types of publishers aren’t interested in low-quality clickbait – banner ads – or highly intrusive formats that fail to deliver once they make that click. Like all publishers, they need to generate revenue to finance content creation, but they want to do it in a way that will maintain their integrity, improve content quality and therefore the user experience, not detract from it.

Of course, not all native advertising is served in a brand safe environment. Advertising on social media platforms – which has arguably accelerated the development of native advertising due to the need to blend effortlessly into a user’s news feed or timeline – is usually served alongside user-generated content. This type of content is very difficult to control and – as the YouTube scandal illustrates – can pose significant risks to brand reputation. Equally advertising on an open network can jeopardise brand safety, whatever the format of the ad unless they have evaluated the authenticity of the media within this realm.

To ensure native advertising is served in a controlled environment, marketers should look to partners with organic traffic and private marketplaces where buyers are pre-approved before being allowed access. This has two main benefits for brand safety; to begin with, these private marketplaces carefully vet publisher inventory to ensure it meets their strict standards, guaranteeing ads will not run on low quality or fraudulent sites, or alongside potentially damaging content. In addition, they are also more discerning about the advertisers they allow to buy inventory on the network so marketers don’t risk their ads ending up next to dubious brands or products. These two elements combine to ensure a brand safe environment.

Enhanced brand safety isn’t the only reason for advertisers to consider switching to native advertising. As consumption patterns evolve, users pay far less attention to traditional digital ads than they used to and brands are looking to less intrusive marketing tactics to be more engaging with the user, thus native becomes the most effective distribution method for this strategy for that content. Native ads are also well suited to mobile as they adapt seamlessly to whatever device or screen they are viewed on, with native placements on smartphones and tablets driving particularly high engagement rates.

Marketers do not need to make a choice between native and programmatic to make the most of this channel as the two are in no way mutually exclusive. Programmatic may have fallen out of favour somewhat since the YouTube controversy, but it has too many benefits for marketers to forgo it all together – but it must adapt and evolve to deal with grown brand concerns. By combining native with automation, brands can enjoy the reach and efficiency of programmatic alongside the effectiveness and brand safe within native – assuming they’ve evaluated the positions they are buying are authentic and organic.

Concern around brand safety has undoubtedly increased in the last few years, and in the short term, this has led to some brands scaling back on programmatic. But in the long term – and on a far more positive note – it will continue the increased adoption of native as a safer, more impactful advertising format.