Don’t Fear the Robots in Performance Marketing, Fear Yourself

Ahead of his PI LIVE appearance, Yes&Pepper’s creative partner, Andy Bolter, shares his unique take on the automation age, with the help of some New Romantic analogism. 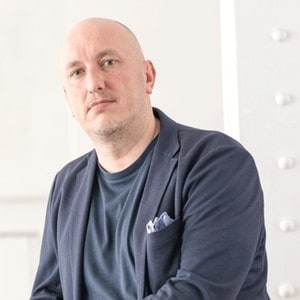 The robots are coming. They’re going to take your job and steal your girl. And you’re just going to let it happen.

Why? Because you never listened to Adam Ant’s warning, that’s why.

Most of us like to think of ourselves as being a bit dandyish or exotic. I don’t mean sporting a pair of raffish cuffs and sprinkling a spoonful of glitter on our cornflakes. I’m writing metaphorically. We all feel a certain amount of pride working in the bright lights and giddy world of marketing and rightly so, when it’s done properly it’s exciting.

But that’s not enough. Anyone who thinks this industry is a spectator sport should really be on the receiving end of the message.

If you don’t add anything, then you’re just passing on bits of information. You’re already a robot, and like all robots you can expect an upgrade sometime soon. A decade ago it might have meant a younger model. Now we call it automation.

But for the rest of us who enjoy the full contact sport of creativity then we really should listen to the man who boasted Dianna Doors as his Fairy Godmother (remind yourself of the video below).

There’s a phrase we use which captures this sentiment perfectly… ‘Don’t lower yourself to someone else’s stupidity.’

The worst thing for anyone involved in creativity is to lower your standards to someone else’s standards. I’m not unrealistic to understand that some dreams are eventually eroded down to a dribble on your pillow but that doesn’t mean you should start presenting your work on a white flag.

Dull, basic, unoriginal work is already being produced by artificial intelligence. Just read Leith’s head of Digital Jim Wolff’s brilliant blog ‘Think creativity’s safe from robots? Think again.’ (You can find it here). In it he lists some of the automated ways creativity is already being challenged. Albeit badly. You can use the badly named ‘Wordsmith’ to get mediocre copy written, generate average at best taglines using twitter bot Taglin3r, and talking about bots why not use Emily Howell (yep she’s a bot) to pick out some standard classical music for your latest film.

We now get to witness the worst kind of crowdsourcing on LinkedIn with ‘choose our new logo for us’. And there in front of us are 8 (probably automated) logos with tiny variations that would get bullied in a playground full of clip art.

It upsets me. Deeply.

When we accept average as best then we accept that we can be replaced by a toaster. And it won’t be long until we all get our fingers burnt, probably in public thanks to social media.

Part of the problem is our willingness to replace craft with speed and questions with popularity. The instant skills of social media aren’t just leaking into our lives, it’s shaping our careers, because of our willingness to go for the quick wins.

Happiness isn’t lasting in any form, but it’s all too fleeting when we choose to go straight for the orgasm and forget to enjoy the physical act of sex.

Charles and Ray Eames, two of the most important designers of the 20th century, best known for their groundbreaking contributions to architecture, furniture design, manufacturing and photography believed that enjoyment is found in the actual doing.

Charles summed this belief up beautifully when he said “Art resides in the quality of doing, process is not magic.”

‘The quality of doing’. In other words, craft.

The Drum produced a documentary called ‘Artificial Intelligence & Automation’. The first part of it is given to McCann Erickson Japan’s first robot Creative Director. A robot that seemed to be just as much a planner as it was a creative director. That’s because the direction it gave was incredibly ambiguous.

Yasuyki Katagi, CEO of McCann Erickson Japan, quickly admits that AI (at this stage) isn’t able to replace creatives because its ideas are all pulled and plucked from a whirlpool of the past. Its strength is its knowledge. He goes on to say “New creative people don’t have to study the past because there is AI”. There it is… instant skills again. I think he misses the point. It’s our struggle to learn the past that makes us so much better with the future.

We already have people driving into lakes because their Sat Nav told them to, what happens to the quality of our work when we hand over the responsibility to an algorithm with a paintbrush?

I don’t necessarily think automation is a bad thing. As long as it pushes us to do better, to be human. Which means we have to take one more lesson from Prince Charming.

Part of being human is trying new things, and getting it wrong. A huge problem for most agencies as budgets and deadlines get ever tighter. But without room on the brief to make mistakes then risk gets ever more difficult. And again the safer we regress, the easier it is for the march of the robots.

So will robots steal your life? I dare say the bigger question should be ‘Are you turning into a robot?’ If you are then beware the upgrade, it’ll get you in the end.

Andy Bolter will bring his unique, 80s-pop-inspired take on digital marketing to PI LIVE, October 25. His session ‘Data and the Answer To Everything‘, questions data as the basis for marketing decisions.

Andy is the creative partner at Yes&Pepper and has been running creative/marketing agencies for over ten years with clients such as Disneyland Paris, Hive, Sky, Visa, AXA, Domestic and General, Doosan and UK Power Networks. In addition, Andy has debated at roundtables, had articles printed in The Guardian and various trade press, created workshops to help companies like BBC Worldwide forge better relationships with agencies, spoken to students about the advertising industry, helped create a mentoring programme for a local school and recently became a member of DMA’s creative committee. Along the way, he’s also picked up awards from associations such as the MAA, ISP, DMA, Digi and Transform.