Programmatic Ad Fraud and How to Fight It

It’s no secret that mobile fraud is a serious concern for digital advertisers who use programmatic technology. Programmatic carries a major fraud risk when compared to directly sold inventory due to the significant presence of intermediaries which makes it ... 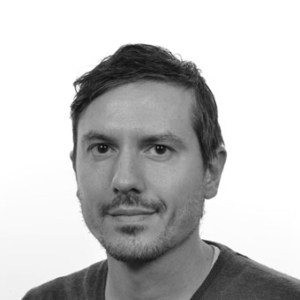 It’s no secret that mobile fraud is a serious concern for digital advertisers who use programmatic technology. Programmatic carries a major fraud risk when compared to directly sold inventory due to the significant presence of intermediaries which makes it easier for fraudsters to become invisible in the value chain.

Fraudsters can conduct mobile fraud through an amalgam of techniques designed to cheat advertisers by attacking the basic advertising business models, i.e. CPM, CPC and CPI. Let’s take a look at the most common programmatic ad fraud techniques:

Impression fraud and the effect on CPM

This manifests itself under different guises. Impression fraud occurs when you pay for an ad that was never viewed, not because a human didn’t see the ad, but because the ad was invisible to human eyes. Fraudsters often embed ads in hidden frames, conduct ad stacking i.e. the technique of hiding an ad below another ad, or use bots to artificially create impressions and traffic.

Click fraud is essentially using bots to generate massive numbers of clicks on ads. Basically, your campaign is hijacked by these bots, misleading advertisers into believing that their campaign is performing outstandingly. Fraudsters also often create fake mobile sites, with fake traffic based on expensive CPC keywords. When a brand buys inventory on these fake sites and receives a fraudulent click, the advertiser believes that the click came from a real person.

This focuses on stimulating fake app downloads or re-installs, even if an app has already been installed. The process follows this sequence: after clicking on an ad, it then redirects to an app store to download and install an app. The app can be downloaded by ‘install farms’ – places where people with dozens of mobile devices manually download, install and uninstall apps. Fraudsters also use bots to generate fake traffic. This type of fraud can quickly increase a user base, but with poor quality users who won’t be engaging or spending money in-app. The consequence is that the advertiser or brand burns faster through its user acquisition budget, and then receives deceptive metrics around retention, ARPU or ROI.

Programmatic ad fraudsters are constantly devising new and inventive ways to fool brands and advertisers. Ad fraud has always been present in the ad industry; its influence can detrimentally affect important campaign KPIs like install rates and viewability. Digital marketers should not underestimate the power of this digital menace. They should analyse, be vigilant and integrate a robust anti-ad fraud strategy into their day-to-day operations.

How can you detect app install fraud?

Programmatic ad campaign managers have several ways to detect fraudulent activities. They should keep a close eye on:

And what measures can you use to fight it?

If you detect a substantial change in the number of installs or clicks, and if these are generated by the same device IP, then something is probably wrong. Follow up anomalies coming from these IPs and then list them by creating a database to help avoid them in the future. You can do this as a single company, or through an open shared database involving other companies across your sector, even with competitors. The wider your net, the better for everyone who wants to play fair.

By utilising first-party data, digital marketers can exert full control, allowing complete verification of data quality and the ability to detect suspicious patterns. Working with data from post-install events, for example ending an onboarding tutorial, makes identifying fraud easier because events like these are more difficult for bots to simulate human behaviour. So, if you don’t detect any activity after installing an app or game, you can be sure that the source that sent the traffic will be fraudulent.

Machine learning and intelligent algorithms can be valuable tools in the fight against programmatic ad fraud. Fraud detection is not an easy task for humans to conduct on a manual level; it’s a tough challenge to manually check a huge dataset of information from hundreds of digital ad campaigns. Machine learning is an automated process that is constantly learning. By defining logical rules, patterns and ways to react to ad fraud, algorithms can be very effective at detecting fraudulent patterns before an impression, click or install is completed.

Ignasi Prat is CMO at ​Tappx.