A Cautionary Tale of Relying on Sociodemographic Data

One of the executives I work with doesn’t buy his own clothes. Instead, his wife does all the shopping. For the two of them, it’s an arrangement that works well; she cares about what he looks like and ... 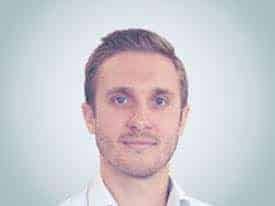 One of the executives I work with doesn’t buy his own clothes. Instead, his wife does all the shopping. For the two of them, it’s an arrangement that works well; she cares about what he looks like and he doesn’t mind as long as he’s comfortable. And while this works really well for them, it doesn’t help the brand marketer who is trying to target him based on the assumption he buys his own clothes.

Look at toys for example. There are some common assumptions here: if you buy toys for kids, it’s likely you’re a parent and if you’re a parent it’s likely you’re under 50. Except on analysis, that isn’t the case: over a third (35%) of people who buy toys don’t have kids in their household and 38% are 56 and over. That means you could miss out on up to 73% of your potential buyers if everyone over 56 doesn’t have a kid in their household.

Don’t be fooled by fakes

Sociodemographic data can be misleading. Built using a small amount of seed declared data, sociodemographic segments are models based off of onsite behavior. These segments typically include lots of bot behavior because they are trained on ads, which means you could end up relying on data from fake cookies and fake people. One way to avoid being scammed by bot data is to rely on transactional data; bots will never buy anything. Validating segments this way enables you to mechanically exclude fake cookies and focus on the people who are actually in the market to buy something.

Target customers for the future not from the past

One point that is often forgotten when it comes to sociodemographic data is that it doesn’t take into account where someone is in the shopping journey. This means segments will often contain people who’ve already bought the product they were initially browsing for and are no longer in need. That’s not an issue where repeat purchases are likely, but it becomes problematic when people only need one item, as in the case of many big-ticket purchases like a refrigerator. In these instances, people don’t typically buy two refrigerators so targeting them after the purchase was made is a waste of time and money.

The difficulty with sociodemographic data ultimately is that it works on the assumption that we think we know who people are. And as we all know, assumptions aren’t always right, and where sociodemographic data can miss the people who really matter, it’s essential that you make sure to take the intent of the shopper, not just your assumptions of the shopper, into consideration to ensure you’re reaching the people who are genuinely interested in make a purchase. Taking this holistic approach to targeting will improve campaign effectiveness, leading you to higher ROI.

Sebastien is chief executive officer at Skimlinks. He joined the Skimlinks team in January of 2016 and brings over 10 years of experience overseeing direct relationships with major publishers and exchanges on a global scale. Prior to that, Sebastien led international expansion at Struq and worked for various technology companies where he honed his skills and expertise.