Has Apple Lost its Way?

And what's the impact of Apple's results on marketers? Voluum's Gavin Stirrat explains why iPhone is the most successful device for advertisers to reach their target audiences and the reason why apps will grow in importance. 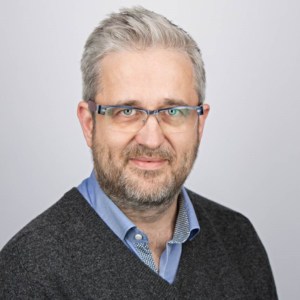 Apple has recently reported better-than-expected third-quarter results, including an overall revenue growth of 3%. Historically Apple has had a huge fanbase of loyal followers, who upgrade their iPhone every time a new model is released, and also purchase the full suite of other Apple products.

However, Apple now faces the challenge of trying to distance itself from a reliance on its competitors. With it heavily relying on Samsung – who recently reported a 73% increase in revenue –  for microprocessors, flat screen and memory chips,  Apple is effectively contributing towards the success of one of its biggest competitors.

The iPhone has been the platform which has produced better advertising revenues for developers and better results for advertisers. So with all the competition now on the market, is it still the best option for advertisers?

The hardware and software link

The connection between Apple’s hardware and software has contributed to iPhone being the most successful device for advertisers to reach their target audiences. By producing both components, iPhones have enabled Apple to have control over the kinds of ads that are shown to its users, creating a user experience that is in keeping with their style and brand ethos.

Android has historically struggled to compete due to a fragmented approach between manufacturers and carriers which led to a huge number of consumers unable to access the latest version updates and missing out on new features as a result. Google recently addressed this with the launch of the Pixel, which is built by HTC, but to Google specs. The Pixel runs the latest version of Android, so has decreased the UX gap between Android and Apple.

Google isn’t the only company to take this approach with hardware. Microsoft recently launched the Surface Studio, which is positioned to compete with the iPad Pro for the creative tools market.

Confessions from an Apple addict

Apple has always thrived on providing best-in-class products, with a unique UX that brings consumers back again and again. I am not going to lie, up until recently I had moved through the iPhone models, up to the iPhone 6s. I owned a Mac, Macbook, iPads and the Apple Watch. There was a time where I couldn’t picture purchasing any other products because I believed they were the best products on the market. But then the innovation seemed to slow, and there was no longer the excitement built around every new iPhone launch.

A number of competitors including Google have strived to create a device that could compete with the Apple UX, and the Google Pixel may well be the best phone on the market at the moment. It does offer some familiarity for those that are used to using Apple devices.

The main area that Apple seems to be focusing on is its iPad innovation, which historically has not been mentioned by market analysts. For this set of results, the iPad mini and iPad Pro have contributed significantly to the market growth, which is mainly due to them creating products that are suitable for both the education and business markets.

Consumers spend a huge percentage of their time on mobile, but the fact that 90% of mobile time is spent in-app seems to be overlooked. Mobile is quite rightly no longer treated as the second screen, and in most cases is a consumer’s preferred device.

The app ecosystem is perceived as ‘murky’ by many in the industry, and the majority of in-app spend is likely to be coming from mobile-first brands. Fraud, brand safety and viewability are all challenges that are deemed a threat to brands in-app. However, the growth of Apple Music and the App Store in the latest set of results – with revenues of more than $7.2bn in this last quarter – indicates that the importance of apps is going to continue to increase.

In-app engagement now accounts for 20% of all consumer media time across all channels, so it is hugely important that the industry addresses some of the reservations that brands have.

Apple has long been perceived the most important platform for mobile advertisers, offering the opportunity for both developers and brands to maximise their ROI. In part, this is driven by the demographics of iPhone users who have paid more for a premium product, and who may have more disposable income. However, the release of other comparable product will present a challenge for Apple, but will give brands the opportunity to target consumers, avoiding the fragmented relationships that existed between hardware and software.

Gavin has spent almost 20 years in senior leadership positions for advertising technology companies, including StrikeAd, Millennial Media and Advertising.com. He is currently the Global Managing Director of Voluum, a technology platform offering a suite of marketing tools, including a second generation mobile demand side platform (DSP). In this role, Gavin is responsible for DSP revenue and the ongoing development of the platform. Prior to Voluum, Gavin was COO at StrikeAd and led its international business prior to its sale to Sizmek. Gavin sits on the IAB Mobile Steering Committee, provides frequent insight and opinion for a wide range of trade titles, and regularly presents at conferences around the world. He is married with two children and holds a BA in Business Studies and Marketing.