Rise of the Bots: How to Engage Real Consumers in a Programmatic World

Internet advertising revenue for the first quarter of 2017 crossed $19 billion, according to Interactive Advertising Bureau. The staggering number isn't too much of a surprise, though. Digital advertising revenues have been registering double-digit growth year-on-year for five years ... 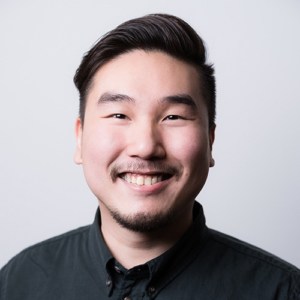 Internet advertising revenue for the first quarter of 2017 crossed $19 billion, according to Interactive Advertising Bureau. The staggering number isn’t too much of a surprise, though. Digital advertising revenues have been registering double-digit growth year-on-year for five years in a row now.

Given the rise of bots, it is imperative that ads engage with real people online to maximize the ROI of a campaign. Brands can achieve that with the help of what we call the ‘ad quality matrix’. There are five key elements to the ad quality matrix, all connected to one another.

1. Get ads in front of real human beings

It’s not just bots that advertisers need to be wary of. The media supply chain has bad players that you also need to know about. While an industry-led initiative is the need of the hour, here are some steps that can help get ads in front of actual human beings:

Understanding a brand’s perception is crucial, since it allows for a better digital marketing strategy. For instance, if a mobile app is perceived by most as slow, the company should convince the users that the problem has been rectified in the next roll out.

Perception also plays a role in how often users engage with your ad. People are more likely to engage with ads by brands that they trust. How to measure brand perception? Reviews in app stores are the easiest way to get to know what people are saying about your mobile app. Listening to social media conversations also helps. Keep an eye out for mentions of your mobile app on Facebook, Twitter and other social networks.

Here, ‘reach’ is defined as the number of unique users reached through a campaign. This takes into account new people that you might not have been able to reach in previous campaigns. Unique device identifiers (UDIDs) can be a good starting point to gauge if your message is reaching your target audience in the mobile world.

Viewability of an ad directly affects how often real people engage with a brand. The definition of viewability can vary. For instance, for a static banner ad, at least half of your ad content should be visible for at least three seconds in order to count as viewable. Viewability has become an important metric in the programmatic world, since it helps with more accurate ROI calculations of a campaign. Your ad might not be viewable due to caching or ad stacking, or simply because it is below the fold. According to IAB, four key elements affect the viewability of an ad:

In order to measure viewability, it’s also important to take into account strengths and weaknesses of different players across desktop and mobile devices.

JD Lee is the CEO and co-founder of a global self-serve mobile DSP company Pocketmath. JD founded Pocketmath to help businesses of any size achieve their mobile advertising campaign objectives. He holds a BA in Economics from University of Texas and has completed the INSEAD International Directors Programme in 2015.