What Are the Most Effective Acquisition Channels for Startups?

James Cristal looks to the emerging fintech scene for inspiration. 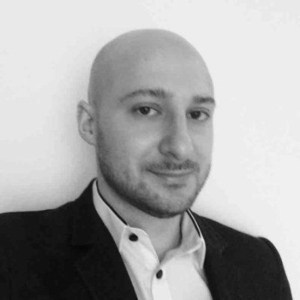 Working for an emerging fintech, I joined a budding marketing department with several members for each channel. Joining the acquisition team as a newbie I noticed some members had run their channels from day one, PR, ATL (Above the Line) and email. Search and display came in later, followed by affiliates and partnerships, and I wondered why this was. Why is it the team grew in such a way, who decided that the marketing department should focus on these certain channels to begin with?

It’s an interesting thought that previous CEOs, CMOs and founders chose their marketing based on their perception of most effective channels to get the business off the ground. So, which are the most important and effective for growth in startups?

I am going to focus on my experience working in fintech, the financial technology sector, for the remainder of this article. It’s a sector in which we have seen an explosion of new startups recently; Bud, Habito, WithPlum, Goodlord, Xero, World First, Monese, Monzo, Revolut, TransferWise and Cuvva to name just a handful! And having conversed and even partnered with some of these I noticed a trend in their initial marketing strategy; Having initially gone through a successful beta and launched a viable product with some of the first technology hungry users on-board they plan a three-way marketing attack:

Now this and the quantity of each depends hugely on their funding rounds and the amount of budget available to play with but I’ve seen the usual pattern emerge. Now why is it run in such a way, perhaps because the fundamentals of digital need to be placed initially using paid search to challenge some of the bigger brands. Paid social is all about numbers and attracting first followers then converting accordingly. Lastly it requires a mix of compelling reputation and positive reviews; PR has a big part to play early on, encouraging the publications to speak highly of you triggers a word of mouth phenomenon, particularly for new apps. Reviews too are key, getting as many positive Trustpilot, Google and Facebook reviews as possible cements trust that’s so vital for emerging brands.

Kicking off the growth phase

Commonly, stage two is building from the initial influx of positive customers, ironing out the inconsistencies of your product and preparing it for a larger growth phase. I’ve seen brands take their acquisition efforts to the next level using these channels:

Recently I’ve seen the likes of Habito and Xero flex their budgets to tube advertising with profound effect, and there is no doubt their brand is getting out there and getting noticed. Budgets at this stage might not stretch to TV, Radio or sponsorships but if they do then these are popular to attract attention. I’ve seen others, though, focus on more specialist paid content and VOD. Ploughing the internet with content that drives prospects is key in the growth phase.

Bring in the cavalry

The next adoptions are partnerships and affiliates. Affiliates are an excellent way to attract a large influx of users and attract a new audience. I’ve run campaigns with certain affiliates such as Moneysavingexpert where one thousand customers can come our way in one day, no other channel can realistically cause such a surge. Now the brand is more established voucher codes and cashback sites will list you, industry known brands will want to work and integrate with you and interesting partnerships begin to emerge. I’ve worked with Avios, an air miles reward program, who are an excellent partner for ongoing campaigns attracting new high-end customers.

At this point, email should be well established and the start of a loyalty program in place. Again, the opportunity for partnerships arise where relevant brands can be promoted to your database via your loyalty scheme, in return for exposure at their end, opening more doors for exposure. Email is also the primary source of lead conversion, taking the email addresses you’ve gathered through the early adopter and growth phases and converting them to paying customers.

If a startup has successfully emerged out of all three phases with a loyal, high-value customer base and funding rounds have been fruitful, then they should have a fully active conversion funnel with the top being served by your brand advertising such as TV, print and tube ads. The mid-funnel being served by brand search, content and video content. Lastly, the bottom of the funnel is where the majority of conversions take place via affiliate cashback offers and vouchercodes.

Based on this journey a typical startup takes the most effective acquisition channels depend on the conversion rates at the various stages of growth and ultimately the conversion funnel. For some they may find their offline print and tube ads attract the largest spike in activity, whereas many may find affiliates the most effective for short bursts of customers. The CPAs (Cost per Action) must be considered, are the lowest CPAs always the most effective? It depends on a mix of CPA and LTV (Lifetime Value) of the customers you attract. All channels should be judged upon the numbers they bring in compared to the costs incurred and the ongoing argument of performance digital channels versus the huge reach that ATL provides.

James has established partnerships with some of the biggest names over the last 10 years in the Fintech, Payments and Gaming sectors. He spent five years running the partnerships channel at Paysafe after periods at gambling giants Paddy Power and PokerStars. Now at ​Nutmeg he runs their rising affiliates channel. He specialises in acquisition as well as digital channels, campaign management and sponsorships.