The Age of the Micro-Influencer, Not the Celebrity

Simply put, consumers trust influencers. In fact, 82% of consumers are “highly likely” to follow the recommendation of a micro-influencer. To date, “influencers” and “celebrities” have been used interchangeably in the world of social media marketing, with follower counts and ... 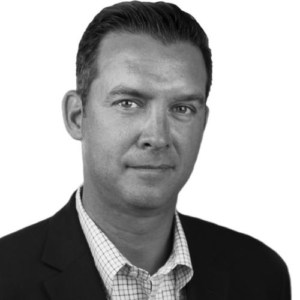 Simply put, consumers trust influencers. In fact, 82% of consumers are “highly likely” to follow the recommendation of a micro-influencer. To date, “influencers” and “celebrities” have been used interchangeably in the world of social media marketing, with follower counts and “star power” serving as the defining characteristic of who should matter to a brand.

Recently, however, as celebrity feeds become cluttered with branded posts and product mentions, a wedge is forming between the two groups, and “micro-influencers” are starting to take hold. These micro-influencers are displacing the celebrity endorsements of old, creating new opportunities for marketers to reach targeted audiences in more organic, authentic – and creative – ways.

A celebrity influencer-based approach is riddled with risk. Just like any print or TV-based celebrity endorsement, it begs the question, “Does the celebrity really like/own/wear this product? Or were they just paid to promote it?”  Today’s consumers are savvy; they understand that when a celebrity touts a brand, a monetary transaction is usually at play. In fact, research shows that 70% of millennials place a higher value on non-celebrity endorsements, while one-third of all Americans are more likely to trust a non-celebrity blogger’s recommendation than one from a celeb. Even the New York Times noted that paid product placements on celebrity social media accounts are often poorly received and can even be considered deceptive. From a marketer’s point of view, celebrity posts are increasingly expensive media, with less return.

The Potential of Micro-Influencers

Enter the “micro-influencer,” everyday people who are knowledgeable about a particular topic and have actively engaged communities numbering between tens of thousands and over one million followers. These micro-influencers provide the authenticity and original creativity that celebrities lack. Through new tools and technologies, they also now represent a viable marketing channel for brands.  Here are a few reasons why micro-influencers are the true celebrities of the social age:

Smaller reach, larger engagement and more creativity: Micro-influencers have smaller individual fan bases but enjoy higher overall engagement rates – 10% on average for a branded post, which is 7X the industry average and 10X the celebrity engagement rate for branded posts. Micro-influencers are also often more contextual and authentic, thus they are able to weave a product into the stories of their lives instead of just posing with a product. Taken in aggregate, a group of micro-influencers can amass the same reach as a celebrity, with much higher engagement levels, creativity, and authenticity lost on the uber-famous.

More targeted means more authentic: With more than 25% of consumers now employing ad blockers, brands need to use available tools that let them connect directly with the most appropriate and relevant micro-influencers whose content and community align with their brand. This allows marketers to analyse not just the micro-influencer, but also his or her followers, ensuring that both are the right fit. Micro-influencers enable marketers to be extremely targeted in how their message is delivered – and to whom.

Greater brand safety: Celebrities with huge followings have, by definition, many subsets of followers – some may follow the celebrity for their craft, others for their political beliefs, and still others for their charitable work. Micro-influencers have smaller but more targeted audiences, and their expertise on a particular topic (from motherhood to sneakers) makes alignment with their fans around that topic more relevant. Micro-influencers also limit brand risk, since marketers typically choose to partner with micro-influencers because they are already creating safe, contextual content that aligns with their goals.

Greater trust: Social media users often find micro-influencers to be more trustworthy than celebrities for two reasons – proximity and benefit.  Proximity comes in the form of the feeling of closeness to an influencer, which is increased precisely because the micro-influencer has a point of view and expertise that creates value for their like-minded community members. The benefit, or the amount of compensation that a micro-influencer can gain (in comparison to that of a conventional celebrity), is limited.  Since both compensation and follower counts are lower, micro-influencers tend to represent products that they themselves would use – instead of promoting products that are less relevant or could call their authenticity into question or alienate their followers.

As social platforms became a vital part of everyday life marketers turned to celebrities with large followings to promote their brands, but this only ate up marketing budgets while providing little ROI (Return on Investment). By using technology to hand-pick micro-influencers based on interests, follower composition, demographics and other factors, brands can create a finely targeted marketing programs assured to reach intended audiences through organic content integration. Greater trust and authenticity generates higher engagement and action that delivers measurable business results – which, ultimately, is every marketer’s goal.

Joel is President and Co-Founder of #HASHOFF and responsible for business operations for the company. Prior to #HASHOFF, he ran the media organization in the Americas for Travelocity, a global leader in the online travel category. He was responsible for over $80 million in annual revenue in both display, mobile, tablet and video. Successfully turned around business that was declining by double digits to 18% year over year growth in 2013. Travelocity's North American interests were acquired by Expedia (NASDAQ: EXPE) in 2013 and managed transition of media assets as a part the agreement. He also had extensive experience in the entertainment industry starting and building the digital practice for leading Hollywood talent agency Paradigm. For large established media companies like Yahoo! (NASDAQ: YHOO) and start-ups like Marc Andreessen's company Ning, Inc. which was acquired by GLAM Media.