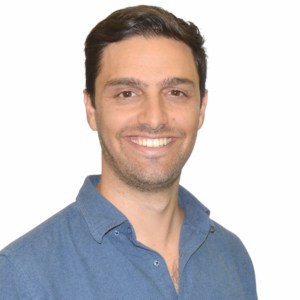 If you want to know what’s coming next in the mobile space, go to APAC. The Asian Pacific (APAC) region has been operating way ahead of the curve in the online and mobile space, and – according to Zenith’s latest ad spend report – will continue to lead global advertising growth this year with internet advertising overtaking TV for the first time.

Research by agency group Zenith predicts global ad expenditure will expand by 4.2% in 2017, reaching an impressive US $559 billion by Christmas, and internet spend is expected to account for 37% of total world ad revenue.

Zenith predicts that mobile’s dominance will continue around the world, accounting for 62.9% of internet expenditure (display, classified search, and in-app ads) and over a quarter (26.3%) of all spend by 2019. This is more than all the traditional media, excluding TV, combined.

Each market in Asia functions uniquely and independently. For example, in ‘fast-track Asia’ (China, India, Indonesia, Malaysia, Pakistan, Philippines, Taiwan, Thailand and Vietnam), ad expenditure rose by 9.2% in 2016 as many countries increased their adoption of western digital technology and continued to innovate themselves around mobile. The strength of many local economies and the rise of mobile is partly offsetting a slowdown in China, although the region’s biggest player still accounts for nearly three quarters (73%) of APAC ad spend.

Japan behaves differently to other markets in Asia and is therefore treated separately. It has struggled for years to escape from its low growth environment and so Zenith forecasts a conservative increase in ad spend of 1.9% a year by 2019.

We’re seeing, however, that it is a key market for mobile advertising, and we expect to see exponential growth with a focus on video in the region. According to eMarketer, by 2020, Japanese smartphone users will make up 60% of total mobile phone users, at 64.2 million.

The region known as ‘advanced Asia’ (AA), which includes Australia, New Zealand, Hong Kong, Singapore and South Korea, also offers brands many opportunities, despite ad spend slipping back by 1.4% in 2016.

Ad spend in AA had grown the year before but it is tough to compare year-on-year results for Singapore due to 2015 being its 52nd birthday. Hong Kong, meanwhile, needs to work harder to increase the number of shoppers visiting from mainland China. Zenith remains optimistic about this part of Asia though, predicting an average growth rate of 7.5% a year to 2019.

One of the fastest growing areas for brands in APAC is in-app advertising, and there is clear evidence that if marketers can get their mobile app strategy right the sales will follow. While just over a third (34%) of global consumers use mobile apps to make purchases, this figure rises to just under half (44%) of people across the APAC region.

China and India are two of Zenith’s 10 ‘rising markets’ which, between them, will contribute 38% of new ad spend. This is important when we talk about in-app advertising because another study reveals that almost 70% of loyalty programme members in these two countries, as well as in Thailand, are more likely to take part in a scheme if a mobile app is available.

It’s the ability to build personalised loyalty programmes using apps that should get brands excited when considering APAC, but they must take a localised approach. This means appreciating local languages and cultures, and having a local payment system (Alibaba does this well in China).

It’s important to remember that brands must think differently when delivering content for mobile users in APAC. For example, mobile data is expensive in many countries so videos are less likely to be viewed on smartphones. With economic difficulties predicted in North America and Europe, brands hunting for growth should look closely at APAC where the mobile revolution will underpin a healthy ad market over the next few years.

For more information on advertising spend in different regions, read about trends in Latin America and Eastern Europe and Central Asia.

Amit Dar is the strategic partnerships manager at Taptica, a global end-to-end mobile advertising platform for brand advertisers and agencies. Amit has worked in client-facing roles at Taptica since 2015 and now heads up the UK and European teams in the company’s newly-established London office. Amit is responsible for engaging strategic partners on both the demand and supply sides, helping them to utilise Taptica’s technology and data for mobile marketing efforts. Amit works with agencies and brands to provide data-focused marketing solutions on mobile by leveraging video, social, native, and display to reach the most valuable audiences. Taptica specialises in the core areas of entertainment, e-commerce, retail, digital banking, travel and gaming sectors. Prior to moving to Taptica, Amit worked at Comverse, a telecommunications technology company, and studied Industrial Engineering and Business Management at Shenkar college in Israel.