On the Up Down Under: An Update on Affiliate Marketing in Australia

As the international performance marketing show PI LIVE approaches, PerformanceIN continues to take a look at markets across the globe. Today, Navigate Digital's international account manager for Australia, Matthew Sheppard, provides an update from down under. 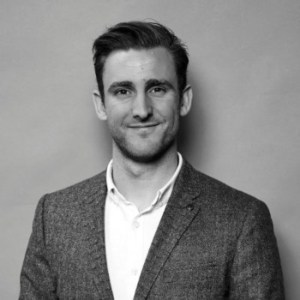 It’s been a little over two years since I moved to Australia to start Navigate Digital’s Australian business. Our focus was on (and continues to be focused on) the affiliate marketing industry.

That channel has come on leaps and bounds since then and as an industry, we’re fighting harder than ever for our place at the digital table. A region whose news doesn’t always travel as far as the Northern Hemisphere, this article gives you a little update on the industry in Australia as well as my thoughts on how the industry could develop here.

A convergence on Sydney

Sydney has become Affiliate Marketing’s home in Australia; while Melbourne is the home of some of Australia’s largest retailers, it would appear that Sydney is the industry hub with most networks and agencies. Rakuten Marketing  host their annual Symposium here, alongside a number of industry events including one of Navigate’s own. Perhaps it’s time for a local version of PerformanceIN LIVE or Affiliate Summit?

.@CharlieNavigate speaks about the importance of a good brief and measurement structure to inform strategy #navigateapac #digitalmarketing pic.twitter.com/ZdFzdRLkmv

Over the past couple of years, we’ve seen the entrance of a number affiliate networks – many of which are based here in Sydney or in Singapore to leverage the emerging markets of Southeast Asia. At least six affiliate technology providers have offices in Australia as well as programmes in operation offshore. As a result, Australia looks to become a very competitive environment over the next 12-18 months. Still, we’re not quite matching on ad tech vendors, of which there are around 40 in Australia.

One of the global affiliate technologies to join the party is AWIN, launching in Australia last year and confirming a strategic partnership in May with domestic network Commission Factory. A sensible and considered move, as Commission Factory now retains its market share, while growth for AWIN would probably mean a softening of its market position. Commission Factory also gains access to UK retailers far more easily and AWIN gets a pre-built publisher database, which would be an arduous task for a small team to build otherwise.

In May 2016, the industry’s leading agencies, networks and affiliate publishers came together to form the IAB steering group which I have chaired since inception. The group quickly produced the Affiliate Marketing Handbook and will continue to promote the industry here, replicating the model established by councils in both the UK and US.

The AMSG is releasing an advertiser survey later this year which will be an update to that released by dgm (now APD) in 2012 and 2014. While it won’t have the same depth or methodology as the UK Online Performance Marketing Report, it will seek to add context for advertisers in Australia and around the world who are keen to explore the channel.

Australia’s largest cashback platform Cash Rewards recently reported 12,469% growth between 2013 and 2016. This remarkable growth has led to an expansion of its client services team, helping them better serve retailers here, as well as hit their reported target of two million members by the end of 2018. Meanwhile, we’ve seen the Affiliate Networks ‘tooling up’ over the past couple of months with new hires inbound for Optimise, AWIN and Commission Factory. We’ve even seen recognition for all-round industry legend Verity Beard too in AdNews’ Young Guns list, indicating the influence of publishers like ShopStyle and Allure Media locally.

Often we see Australia and the wider APAC region mentioned in the same breath, but comparing Australian affiliate marketing growth to the wider APAC region is a little tough given vast population and language differences. Rakuten, Tradedoubler and Ogilvy all have, or are, building teams in Singapore giving proximity to the huge markets of Southeast Asia, which suggests very healthy growth forecasts. Ad spend in Singapore is projected at annual compounded growth rate of 11% over the next five years. If affiliate keeps pace here it would seem a safe bet for these firms

The forthcoming AMSG advertiser survey will be a new line in the sand for Australian affiliate marketing. It will be a tool for agencies, affiliate networks and other stakeholders to encourage those retailers who have been reticent about the channel to date to change their approaches. With that in mind, we’re expecting to see some of Australia’s largest retailers launch programmes in the coming months and we’re also seeing continued interest in the market from international retailers.

On the publisher side, I was pleased to attend the first publisher ‘meet up’ recently and hope to see ‘grassroots’ publisher growth from such activity that’s guided by industry-level education, as well as the work of the affiliate management agencies and major networks’ publisher development managers.

As for Navigate Digital, we’ll be continuing to grow organically, help to drive the industry forward and achieve our clients’ objectives. Simple!

Matt Sheppard is the International Account Manager at Navigate Digital and a leader and advocate for Affiliate Marketing in Australia, driving education and awareness of this dynamic sector.