Who Should Lead the Battle Against Ad Fraud?

Ad fraud continues to be the reason behind advertisers' sleepless nights. Asaf Greiner, founder and CEO of Protected Media, explains why there is no single solution to the issue and who needs to take control over cleaning the advertising ecosystem. 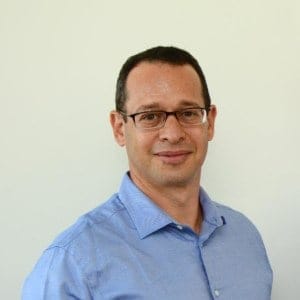 Ad fraud is eating up advertisers’ budgets and they are looking for a corrective action.

Forrester’s latest report on ad fraud and viewability estimates that the amount of money wasted on invalid impressions reached $7.4 billion in 2016, and this is only for desktop and laptop impressions in the US. At the IAB’s Annual Leadership Meeting, Procter & Gamble’s chief brand officer, Marc Pritchard, called the current system “antiquated” and demanded increased transparency around media buying and viewability.

It’s clear that there is a serious industry problem that requires attention, but there is some debate over how it should be solved. who should take the lead? Here are different types of companies that have staked a claim on cleaning ad traffic.

Digital marketing hubs are investing in ad tech to provide CMOs with a one-stop-shop for CRM, including the ability to verify digital ad measurements.

Oracle’s data cloud has new fraud detection capabilities following the Moat acquisition. Salesforce added to its portfolio the ability to track traffic across multiple devices and channels after acquiring Krux. Adobe also made a move towards digital ad serving with its acquisition of TubeMogul a video demand side platform.

Network security companies including antivirus and firewall vendors have the most experience fighting hackers, which enables them to use more sophisticated methods to discover fraud schemes.

Many scams will fall below the radar of fraud systems are limited to looking for suspicious traffic. Take for example the Traffic Alchemist scam, where fraudsters bought junk traffic known for long viewing times, disguised the sites to appear reputable, cluttered the site with hidden pop-up ads and then cycled the traffic through site clusters to keep measurements within a normal range that won’t raise suspicion.

Marketing technology companies and ad networks can also choose to build their own relationship with ad verification companies that specialise in tools developed specifically to inspect and clean digital ad traffic.

The advantage those companies have is that they specialise in fraud detection and the ad tech industry. It isn’t clear if the movement towards consolidation will result in bigger players owning the technology and embedding the capabilities into their platforms, or if these specialised players will continue to provide their services independently or through partnerships with larger vendors.

Ad networks are highly motivated to provide clean traffic. Their whole brand depends on traffic quality and they can’t afford to be blacklisted because of bots crawling their networks. They need to guard their reputation by partnering with vendors or acquiring technology that ensures verifiable measurements of ad effectiveness.

There isn’t a simple solution to stop ad fraud and there is no one single player that can be trusted to ensure ad quality. Even after Google has cleaned up its traffic, it’s possible that data marketing hubs such as Oracle will still find suspicious data that slipped through their net. Multiple layers of defense are needed since no single system is 100% fool proof.

The best hope is to have all the players agree on a standard definition for quality traffic that can be enforced by objective third-party auditors. Eventually, there should be readily available third-party tools that will be accepted by the industry to root out fraud. Similar to scanning and cleaning files from viruses, all ad traffic should be purged of fraud before being shared and analysed.

The ad tech industry is still nascent and fraud and fraud detection solutions keep evolving. Until there are industry-wide policies for cleaning traffic, each player will most likely clean the traffic the best way they can, which probably won’t be good enough for advertisers.

Eventually- when more hold back their budgets – companies will need to reach consensus and the auditors will move in to bring trust back to digital advertising.

Asaf Greiner is CEO and founder of Protected Media. A successful entrepreneur, Asaf was the co-founder of Aduva (acquired by Sun/Oracle) and beeFENCE, one of the pioneering companies in fighting botnets.