Why You Need both Technology and People to Ensure Brand Safety

To make sure brands are not at risk, the industry needs to focus not only on technology but also on people. 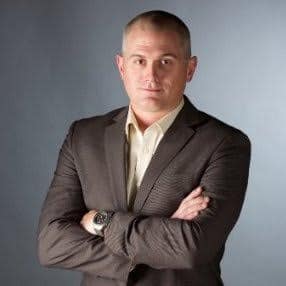 The concept of brand safety isn’t new. Even under the watchful eye of organisations such as the Federal Communications Commission (FCC) and Ad Council, television commercials have aired at inopportune times, or just plain aired in the first place, drawing the ire of the viewing audience for decades.

Today’s issues with brand safety – whether bots, fraud or inappropriate content – faces its own set of unique challenges in the digital space. Yet, current discussions on the topic tend to only focus on the technology at play: What’s wrong with it? Why did it fail? How can it be improved to minimise these risks?

It almost goes without saying that technology as the sole focus of the brand safety conversation is misplaced.

We need to look at how technology and human beings ensure brand safety.

Procter & Gamble’s chief brand officer Marc Pritchard put us all on notice at the IAB Annual Leadership Meeting in January with his now well-known declaration: “The days of giving digital a pass are over. It’s time to grow up. It’s time for action.”

It’s a simple statement that warranted much attention because it was needed. For far too long, many brands and their partners adopted a “set it and forget it” mentality regarding automation and advertising. It’s a mentality that can be costly, both from a reputation and financial standpoint. Filters aren’t infallible, and the challenges that come with classification have existed for a long time. Automation in our industry has come a long way, driven by individuals who created the baseline technologies, and have since refined them, based on real web traffic and pattern identification.

But the problem isn’t simply that ads may run in a brand-unsafe environment; instead, ads can often be excluded from websites that meet the highest levels of ad quality. You can eliminate a lot of inventory based on automation, making false positives and negatives a fact of life for anyone working in traffic quality. A marketer can miss an opportunity to gain a new customer or reconnect with a loyal one based on broad stroke methodologies versus surgical precision.

Let’s say that you’re a high-end men’s apparel retailer that just launched a campaign to unveil your latest line of blazers targeting middle-aged men with a fair to high HHI. During the 40 milliseconds it takes to decide whether or not to bid on and serve an ad, your verification vendor flags several webpages for what appears to be extreme violence. Upon a closer look, however, the content was a series of news articles on violence that broke out at protests held across the country and a reputable news website gets completely blocked from the programme.

While the content addressed could be considered violence subject matter, the context in where it is discussed is not. If you don’t have the right people in place to identify these instances and manage the technology, brands can easily miss out on perfectly good placements or fall into a brand-unsafe territory.

A challenge for many organisations is knowing who to look for to fill this role and be successful.  Instead of simply trying to find people with specific degrees, look for individuals with an analytical mindset. Look for data miners who can see fraud patterns and trends in logs. Look for specialists who can validate what industry organisations are flagging and apply logic to the concerns of the customer.

In turn, these individuals have to work hand-in-hand with media delivery teams to understand not only where ads are running but help tailor campaigns appropriately based on what the data tells them. It’s a point that we can’t afford to overlook.

Finally, and perhaps most importantly, we have to work together if we’re going to continue to stay ahead of the curve on brand safety. No one company can do it alone, nor should they try to.

In the past few months, industry organisations and companies have heeded the call from Pritchard and taken action to advance the case of brand safety. IAB announced it would make TAG registration mandatory for members, and Integral Ad Science broadened its brand safety offering to 40 languages, up from nine.

It’s one thing to join an organisation or pass an audit; it’s another thing to live and breathe it. Companies need to actively work with their peers and industry organisations to develop common standards and practices that benefit brands and their consumers.

Next time you board a plane, consider this: The plane’s autopilot will be engaged for a portion of your trip, yet FAA regulations require a pilot and co-pilot on each flight. Those pilots aren’t just there for their witty commentary or to explain why the flight is delayed. They ensure you have a smooth and safe trip. Human intervention deals with unforeseen issues and gets you to your destination. Would you get on a plane that didn’t have those two people in the cockpit? No, you wouldn’t. You shouldn’t do that with your advertising either.

Technology and automation create efficiency and speed. However, without the right people to guide it, your campaigns will be in for a bumpy ride.

Chad Peplinski is SVP of media at Conversant. Prior to his current role, he was vice president of media development at ValueClick Media, where he oversaw all publisher relationships and operations for one of the industry's largest online advertising networks. Previously director of media operations at Fastclick, Peplinski was instrumental in the integration of the company with ValueClick Media and developing turnkey representation solutions that deliver high CPM rates and high inventory fill rates for publishers. He has more than six years of experience in online advertising and business development and was a technical services manager at Musitek for nearly four years. Peplinski holds a bachelor's degree from the University of Wisconsin.