Why Mid-Roll Ads Could Be a Mistake

Advertisers looking to invest more in mid-roll commercials could be making a big mistake as the industry battles to slow the rise in ad blocking. There is also a huge risk with mid-roll ads of creating a disruptive user experience ... 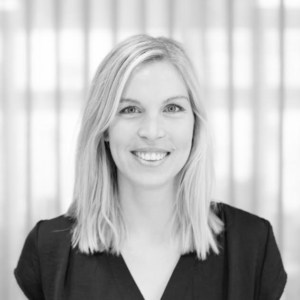 Advertisers looking to invest more in mid-roll commercials could be making a big mistake as the industry battles to slow the rise in ad blocking. There is also a huge risk with mid-roll ads of creating a disruptive user experience, resulting in an adverse brand effect.

Ads that interrupt the viewer’s experience during an online video are certainly growing in popularity. Figures from big data and premium video business Ooyala reveal interruptive ads now account for more than 33% of digital video advertising.

The growth is being fuelled by publishers increasing their mid-roll inventory to generate income, and who can blame them?

We have seen Facebook test mid-roll ads during live video stories and Snapchat interrupting its videos with skippable ads, yet there is a worry that the need to engage the consumer’s best interest is often being left behind. Just because someone is captive to the content does not mean they will enjoy the ad being delivered to them.

After all, the user experience should always be at the heart of digital advertising. It is a mantra the industry ignores at its peril. What we don’t want to see is mid-roll becoming as detested by consumers as their pre-roll cousins that appear before someone is allowed to view their chosen video content. Many advertisers simply, and perhaps arrogantly, assume that their ad content is interesting enough that people will happily sit through it for 30 seconds.

At a time when advertisers are desperate to deter consumers from downloading ad blocking software it’s perhaps an odd strategy to potentially increase annoyance levels with intrusive ads mid-way through an online video experience.

Viewers will respond if they can decide which bits of the messaging they watch and how much, if any, of an ad they view. One great example of how mobile video ads can work is through the use of outstream.

This form of “pull” advertising puts the consumer in control and allows them to decide if they want to view the ad. This becomes valuable information for the advertiser because they can use view time data to optimise messaging and delivery. For “push” messages like mid-roll, even though the user watches the ad, they may not have found it interesting and therefore it’s a potentially wasted impression.

To an extent, pre and mid-roll are extensions of TV but when comparing to mobile, the formats are totally different. Mobile video has much shorter sessions and users do not want to be interrupted when watching a two-minute video compared to an hour-long TV programme.

Simply forcing a user to watch an ad is the easiest short-term solution, but it usually results in poorer engagement and a potential increase in ad blocking, and this is something that is detrimental to the industry.

It is a harsh truth that if a brand fails to engage viewers with a mid-roll ad many people will drop out of watching a video before the end.  It could also result in advertisers paying for ads people are not actually watching because they decide to do something else until the ad has finished playing or paying for users that have absolutely no interest in the video.

The harsh reality is that often people won’t be bothered to wait for an ad to finish and see the end of the video if they feel they have been entertained or informed enough already. This is a dilemma TV has struggled with for years, of course.

Commercial TV has been the master of mid-roll ads and the medium understands the importance of quality and relevant content. Many TV ads have become must-sees in their own right over the years. Think about the popularity of the John Lewis Christmas TV ad in the UK or Cadbury’s famous commercial from 2007 featuring a gorilla playing the drums to Phil Collin’s 1981 hit In the Air Tonight to promote Dairy Milk chocolate.

TV companies, particularly in the US, have also been experts at using advertising near the end of popular shows and just before the most dramatic moment to keep people viewing. However, advertisers must resist the temptation to use TV as an example of how mid-roll can work in a digital world because we consume video in different ways and on different devices these days.

For mid-roll commercials to have any chance of succeeding and engaging viewers, advertisers must dig deeper into their contextual and device data, for example, to reveal user behaviours. The ads can then relate to the content individuals are actually looking at.

The fashion has been to buy the right audience and base the messaging around certain demographics. This can mean the wrong assumptions are made about people’s preferences and irrelevant and irritating messages are seen.

For example, when I reached a certain age I began to see adverts on Facebook for baby-related products despite not having children. However, a male colleague of mine who actually had three children and was slightly older than me did not receive any of these messages because he fitted a different demographic profile.

Publishers see video as a strong revenue earner, but advertisers must use data and the latest technology to avoid turning more consumers into ad blockers.

As director of product management at Widespace, Emelie heads Widespace’s focus on overall product strategy making sure innovation and quality stay the core of product development. Emelie is an active member in IAB Europe and IAB Sweden and frequently participates as a speaker at different events such as Stockholm Media Week, IAB UK Thinking Differently Video Conference and Videomecca. She holds a Masters in Economics and Marketing from Linköping University.