All signs point to a major shift by the end of 2017, which will make programmatic native mobile ads standard practice. 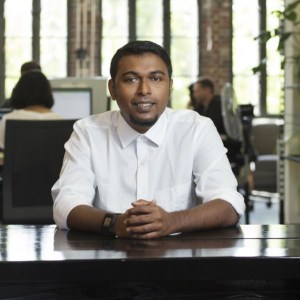 While programmatic and native are growing steadily, expected to comprise two-thirds to three-fourths of ad spend respectively in the next few years, getting them together on mobile has been a major challenge. But, all signs point to a major shift in adoption rates by the end of 2017, which will make programmatic native mobile ads standard practice.

Over the last several years, it has been difficult to sell native ads programmatically because of low adoption rates. Advertisers were also concerned, and rightly so, about control. There was no standardised method on how the ad would look or where it would be placed, for instance. On the other side, publishers were overwhelmed by the prospect of having to implement customisable templates that would work in the small footprint of a mobile app without turning away users.

Since every publisher designed their own format to align with their brand image, we needed a unified approach to ensure mobile native could operate both cost effectively and at scale. Enter the Interactive Advertising Bureau’s (IAB) OpenRTB 2.3 open protocol in January 2015. With broad industry support, OpenRTB made it a priority to establish standards for native programmatic advertising and the latest proposed version continues that trend.

Native ads are becoming more popular, as their higher performance becomes evident. Using a mobile native programmatic approach naturally results in an increase in user engagement mainly due to better targeting. Users who are shown highly relevant ads click on these more often and are more likely to take an action toward engaging with the brand. This higher level of engagement is already leading to an increase in demand for programmatic, as advertisers take note of the high performance and transparency that programmatic native advertising delivers.

The proliferation of mobile native exchanges also indicates that the supply is there. Overall, ad exchanges are seeing huge growth in native ad placement with IAB predicting global spend on native is expected to hit $59.35bn in 2018 and eMarketer projecting that 75% of all programmatic ads will be mobile in 2017. So, the supply is there, and we’re showing advertisers that converting to native formats is quicker and easier than they think, giving them access to higher-quality users on a more significant scale.

With programmatic, advertisers have greater insights into how and where they are buying ad slots by getting access to direct inventory. By letting them select the best apps to place their ad, customers are able to control where their brand is shown, guaranteeing them the right audience. Additionally, these direct insights into which apps have available inventory gives advertisers the ability optimise their campaigns automatically based on preset KPIs or optimise it manually with pre-selected sources known to have relevant audiences.

Publishers benefit from programmatic native in that they will see higher eCPMs for their inventory. Their bid depth increases as the automated process allows more advertisers to bid for the same inventory, allowing for higher bids. When an advertiser sets up ads for their app on a native programmatic exchange, they also set their desired targeting parameters. Through accessing the DMP, the native exchange is able to make sure these ads are only placed in front of users who fit these requirements. Advertisers are willing to pay a premium for this which results in higher payouts to publishers that deliver qualified traffic. This shift to a much more audience-centric approach improves the mobile experience for all.

Why does this matter?

The unobtrusive format of mobile native offers mobile click-through rates almost five times higher than banner ads. For advertisers who have not yet taken the plunge, setting up native ads on mobile is much easier than you might think. In just a few minutes, publishers can repurpose elements of an existing banner ad into the OpenRTB 2.3 format and add them modularly to the native format that the publisher app uses.

With more and more publishers signing up to display native ads which adhere to these standards in their apps, it’s never been easier for advertisers to place native ads at scale. Programmatic has finally conquered mobile native advertising, and advertisers, publishers and users will all win as a result.

As Glispa Global Group’s senior director of business development for its native monetisation solution, Ampiri, Ashwin has a strong focus and expertise in the ad tech space. Ashwin helps Glispa increase Ampiri's SDK footprint across the world and, through the platform, helps app developers monetize ad inventory with full transparency and control. His role is to help Ampiri achieve its vision of becoming the number one native monetization solution in the market. In his previous role as director of business development at Glispa, Ashwin led the company’s continued, rapid growth in the APAC markets. Prior to Glispa, Ashwin worked at InMobi in Bangalore focusing on the mobile advertising market in Western Europe.