How Mobile is Paving the Way for Performance Marketing in France

With its ad spend set to rise 40% this year, mobile is driving some of the key performance marketing trends in France. 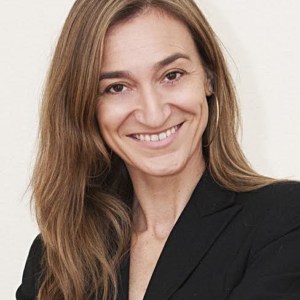 With European consumers spending more time on their phones than on any other media channel, the trend has become particularly popular in France. According to recent reports, mobile ad spend in the region is set to rise 40% this year to around €1.46 billion.

In response, French advertisers and media agencies have been quick on the uptake to use mobile to reach potential clients, and the French market has some specific trends worth noting. These are the three that we currently see as far more defined in France than in any other equivalent European country.

The first trend is driving customers to brick-and-mortar stores. French clients are increasingly looking to generate traffic in-store through mobile advertising, and there are many agencies that are focusing on exactly that. Such “drive to store” campaigns are becoming increasingly popular in the French marketing industry and they are clearly the first “performance marketing” approach that we’ve seen big brands deliver in the mobile space there, beyond app promotion.

French marketers recognise that mobile programmatic is particularly efficient for this type of campaign thanks to the GPS functionality inside devices and the abundance of location signals in the bidding stream. Thanks to in-store boxes or beacons, advertisers and media traders can see precisely who enters a shop and through which advertising channel. The technology is also in place to be able to link a specific creative to a specific location, so that every user who finds themselves near a particular shop will see only the creative developed to reach potential clients around that store.

The second trend involves user data. The collection of information about users for agencies and advertisers to create and manage their own user data segments, which can be actively used in campaign targeting, is something that French clients are particularly keen on delivering. This is helping advertisers and agencies in the region generate added value with every single campaign they run. Lookalike targeting is also a very efficient strategy when advertisers seek to extend their own client audience. DMP [demand-side platform] was one of the main regional buzzwords last year, and it’s becoming mandatory for advertisers or agencies looking to follow and understand their clients.

The third major trend involves programmatic direct, of course. Many customers in France use private deals to plan their campaigns. Premium publishers in France like to work this way and advertisers are very used to working with them, so the move to programmatic has been easier than in other countries thanks to that factor. This way, SSPs can decide exactly who is buying their inventory and give specific data – within the ad request – to deals buyers – a win-win strategy. Thanks to the use of deals, French publishers and advertisers are also becoming increasingly inclined to buying in open marketplaces.

Finally, when it comes to formats, we are increasingly seeing a growing interest in new ones. Admittedly, this is not dramatically different from what we see in other countries, however, it is more reflective of an overall market trend.

Video is efficient both in branding and performance, which is why it is so popular and powerful in France as well as other European regions. In order to improve and increase the impact of video over users, the use of vertical video is being recommended in the region. There is particular emphasis on the use of short video, as French users click more on an end card (static interstitial) after a short video rather than on a video of 30 seconds.

Native offers great results in French performance campaigns. French marketers also recognise that it is incredibly useful for advertisers when they don’t want to be intrusive with full-screen formats. Native video is also ‘on trend’ when advertisers seek to enhance brand performance.

And finally, audio. Clients in France are increasingly asking for new formats and audio is especially innovative. Audio seems to be the perfect tool for non-intrusive advertising on mobile combined with huge branding value.

There’s clearly a strong level of innovation within the French marketing ecosystem and the coming years are likely to see dramatic enhancements in the way it uses technology to enhance the capabilities and return on advertising investments – and this will be particularly evident with mobile. Combined with tracking and visibility, it offers the ultimate opportunity to enhance brand marketing performance.

Noelia is CEO at MediaSmart.