The General Data Protection Regulation (GDPR) will introduce a new set of consumer rights and protections governing the use of personal data. Here is what it means for content marketing. 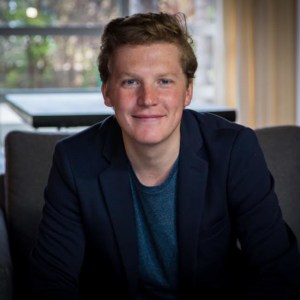 One of the last European Union directives to be transposed into the UK law may also be the best gift the publishing industry could hope for.

Twelve months from now, the new General Data Protection Regulation (GDPR) will come into force, ushering in a new set of consumer rights and protections governing the use of personal data.

While direct marketers are scrambling to prepare themselves for onerous new considerations, it is digital advertising technology that will be most frozen by limitations – and that is good news for content makers.

In the last few years, we have seen an arms race in online ad targeting, as a plethora of technologies, algorithms and platforms have risen to fuel laser-guided planning, trading and measurement.

To satisfy ad buyers, publishers – which used to sell their own precious ad space to buyers and agencies directly – have outsourced the function to a host of intermediaries. But these super powers have not brought new money. Now advertising spend that was once destined for publishers is being successively skimmed by a procession of platforms until there is precious little left to fund the content that is so crucial.

With the cost of creating content as high as ever, publishers are under intolerable pressure as revenues nosedive through the floor; at many newspapers now, even digital revenue is in reverse. Few would have expected European law to be the course correction we need.

The GDPR’s chief challenge to marketers is that collection and processing of the kind of data essential to ad targeting must now be explicitly consented to by readers. Furthermore, consumers will have the right to erase data held about them to stop it from being processed and to opt out of algorithmic processing of their personal data.

If you are an ad tech exec, you are probably breaking out in sweats – GDPR requirements are significantly more wide-ranging than the prior cookie directive. But it is your end customers, publishers, on whom the liability ultimately falls.

From May 2018, those who want to continue serving targeted ads must obtain readers’ consent, something which is going to at least appear aggressive and at worst drive users away. The biggest dilemma, however, is sharp. If publishers cannot obtain readers’ consent to ad targeting, should they allow unmonetised users to consume their content – or should they turn them away?

We have already seen many publications block readers they know are running ad blockers, those who don’t wish to play a part in the transaction of attention that funds content. But that position is at least morally defensible. Few will want to raise the middle finger to readers who reasonably don’t consent to commercial data profiling.

And so the whole basis of ad-supported content is approaching a stark crossroads. A choice is unavoidable. At that juncture, I think publishers will be best served not by abandoning their users but by unplugging their ad-tech stack.

You can already see the wind blowing in this direction, as major news publishers like The Guardian and New York Times finally pull their stories back out of Facebook instant articles, proprietors complain tech about platforms’ “ad tax”, everyone is concerned about the revenue duopoly of Google and Facebook, and consumer dissatisfaction grows toward overbearing advertising techniques. GDPR may be the straw that breaks the camel’s back for good.

We will all be better off for it. For publishers and brands, the world after ad tech will be a more effective one that returns to being run on real relationships, not the snake oil of attribution.

The morning after publishers switch off the ad tech, two things will happen and both are long overdue good news for the funding and creation of quality content.

Firstly, we will put people, not programmatic platforms, back in charge of buying and selling ads. For too long now, agencies – which used to agree on sales with publishers over long lunches – have put all their faith in software services that promises targeting nirvana and ultimate efficiency.

But the best advertising happens when both buyer and seller are in control of the appearance when each knows who is actually buying what and where. It is the kind of ad buy that relies on the uniqueness of a media brand and on the special ingredient of an engaged audience – not drive-by clicks, and not auctions of transient audience members.

This doesn’t mean brands won’t get to use data to buy their own ads. But it is far more likely that advertisers will bring their own, first-party customer data to the publishers’ table than dodgy third-party data sets with questionable accuracy.

Secondly, a natural extension of direct-sold display advertising will be an uptick in content marketing buys.

According to IAB UK and PwC, UK spending on content and native formats grew 28% last year, snapping at the heels of banners. But expect this to grow faster from 2018, when brands – forced out of premium publishers’ formerly technology-driven sales operations – aim to stay on-site, using an alternative tactic.

The biggest beneficiaries will be the content studios publishers have already been building in-house, but external creators, which are often called upon, will also reap the rewards of the shift.

The dam is ready to break. I haven’t met anyone in the parts of the industry that matter – the content makers and the brands – who is happy with the current situation.

Few would have expected that European consumer privacy law would be the force to fix the industry – and similarly few are talking about the GDPR in such terms.

But I believe, from next May 25, the publishing world could look very different.