Why Marketers Need Localised PPC in 2017

Bruce Clayton, co-founder and director at Optimus, explains how localised PPC can make a difference to marketers' budgets. 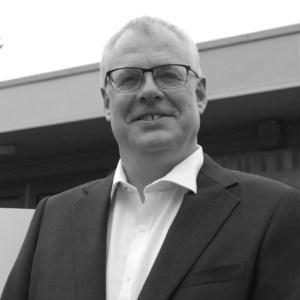 A quick answer to the question in the title is that localised PPC reduces spend by limiting impressions and clicks.

Although this may not sound ideal, it’s, in fact, a fantastic way to run a campaign – especially if you have a limited budget.

You would not run a localised PPC campaign unless the service being offered by the site was limited to a select geographical area – or areas – and therefore it would be useless to anybody outside a defined radius of the business or organisation.

Locations can be added to campaigns as an automatically included factor, which will limit the ad’s exposure to those who are likely to find it most relevant.

Just as you can use locations as keywords, you should also add them as negative keywords.

For example, there is a St Ives in Cornwall, but there is also a St Ives in Dorset and another one in Cambridge. If you’re in Cornwall targeting “secondary schools St Ives”, then as well as adding ‘Cornwall’ to your keywords, you’d also want to include ‘Dorset’ and ‘Cambridge’ as negative keywords.

The overall aim of using localised keywords is the same as using niche keywords; namely, it keeps the cost of each individual click down. You’re less likely to be found, it’s true, but those who do find you are more likely to be interested in what you have to offer. At the time of writing, for example, ‘London secondary schools’ as a keyword had a suggested bid of £0.62, whereas for ‘secondary schools UK’ Google suggested a bid of £0.76.

This may look like an insignificant difference, but with an average of 260 monthly searches, one would cost you £161.20 pcm and the other £197.60 pcm. Already, the difference in potential spend becomes apparent and it should also be noted that even the more localised of the two is still very broad.

It is also good practice to add the location as a keyword in various ways. While ‘London secondary schools’ comes with a £0.62 suggested bid, ‘secondary schools In London’ has a £1.00 suggested bid and ‘secondary school London’ – £0.30. Each has its own number of average monthly searches and relative competitiveness, but as with any AdWords campaign, these must all be balanced against a budget and how well the website the ad’s aiming at appeals to each keywords.

Co-founder and director at Optimus, Bruce has extensive experience in both online and offline marketing. He has worked in TV, radio and for online media owners before moving to the agency side in 2006, when he co-founded Optimus Performance Marketing. The company delivers digital marketing solutions and consultancy to a wide variety of clients, focusing on driving outstanding results and measurable ROI.